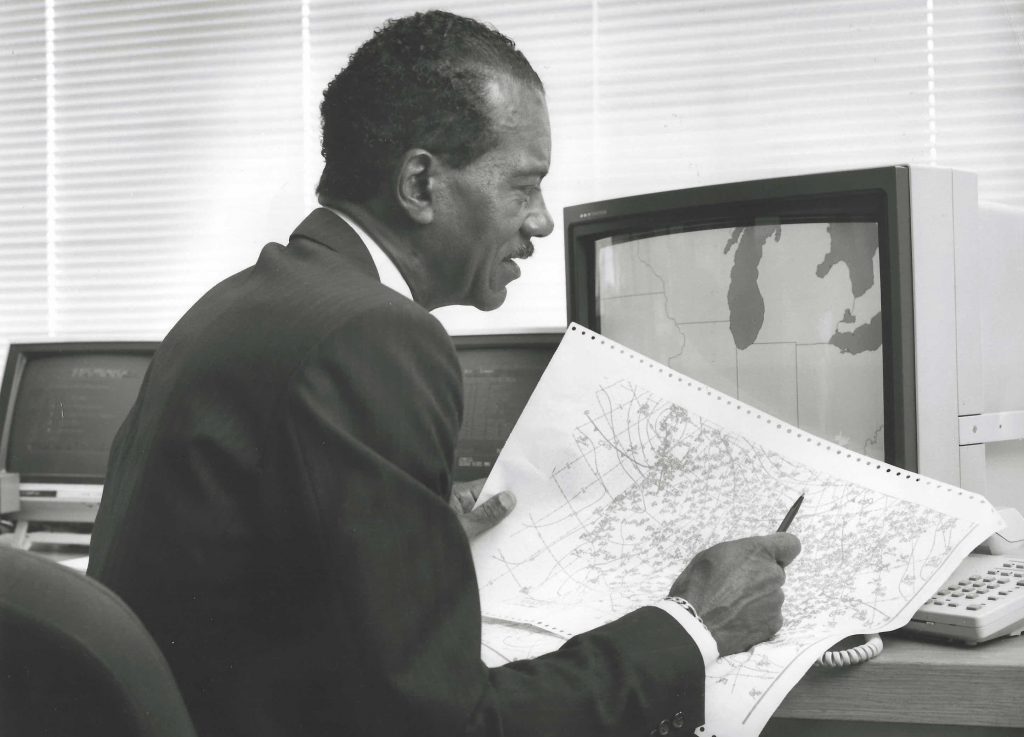 It’s a sign of how much Chicago loved Jim Tilmon that when he retired in 1994, Mayor Richard M. Daley proclaimed it “Jim Tilmon Day in Chicago,” the Federal Aviation Administration named an airway navigation point after him, and United Airlines awarded him the title of “honorary United Airlines captain.”

As one of the nation's first Black commercial airline pilots, Tilmon spent his entire 29-year flying career with American Airlines. But such was the respect he earned that it even extended to rival airlines.

The pioneering aviator, who also was a trailblazing Chicago television host, weather forecaster, and science and aviation reporter, died Saturday in Scottsdale, Arizona. Tilmon was 86. 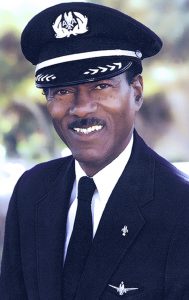 “Jim was an accomplished pilot, broadcaster and, more importantly, an old school gentleman who was a pleasure to be around,” recalled retired news anchor Ron Magers, who worked with Tilmon at NBC-owned WMAQ-Channel 5 — one of four local stations that employed Tilmon over a distinguished 37-year broadcasting career.

Born in Guthrie, Oklahoma, and educated at Lincoln University in Jefferson City, Missouri, Tilmon learned to fly in the college’s ROTC program and honed his skills with the U.S. Army Corps of Engineers, where he served for eight years and earned the rank of captain.

After joining American Airlines as a Chicago-based pilot in 1965, Tilmon landed his first TV gig with WTTW-Channel 11, the Window to the World Communications public station. Debuting in 1968, "Our People" was billed as the first program in the country broadcast for and by African Americans.

In 1972 he moved to NBC 5 where he hosted "Tilmon Tempo," an Emmy Award-winning weekly magazine show, and became on-air weather forecaster and science and aviation reporter two years later.

As one of few Black broadcasters on the front line of a Monday-through-Friday 10 p.m. newscast in Chicago, Tilmon served as an inspiration, role model and mentor to generations that followed.

"You were brilliant and you were a gentleman, paving the way for many of us," veteran news anchor Jim Williams wrote in a Facebook tribute to Tilmon.

"When I was a student at Columbia College, I took a radio interviewing class," Williams recalled. "I called the American Cancer Society to see if a spokesperson would join me to discuss the dangers of smoking. Sure, they promised. Who arrived at the school? The great Jim Tilmon. He was as gracious, eloquent and thoughtful with a kid as he was on television. It was an honor then and an honor to work with him decades later. A great one indeed." 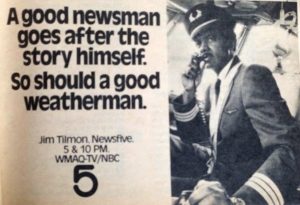 Late in 1993 management of NBC 5 disclosed plans to demote Tilmon to weekends, replacing him on the weeknight newscast with Andy Avalos, who'd just been hired from ABC-owned WLS-Channel 7. A few months later Tilmon was reinstated after viewers objected and Operation PUSH organized a protest on his behalf.

But by later that fall, Tilmon announced he was quitting and moving to Scottsdale with his wife, Joan. Together they formed Carpe Diem! Productions, an audio and video production company they operated until 2003.

"I have no hard feelings at all toward anyone at the station, and I leave free and clear of any animosity," he told me when he left NBC 5. "I made this decision myself because I thought it was best to leave now, and I feel happy and excited about the future."

Tilmon worked briefly for Fox-owned WFLD-Channel 32 as a weather and aviation consultant. He also free-lanced for cable news networks and Phoenix area stations.

In 2000 Tilmon was inducted in the Silver Circle of the Chicago/Midwest chapter of the National Academy of Television Arts and Sciences. In 2004 the DuSable Museum of African American History named him a trailblazer history maker.

Tilmon returned to Chicago for his final stint on the air with CBS-owned WBBM-Channel 2, where he worked from 2002 to 2005.

On his departure from CBS 2 Tilmon told me: “I love Chicago and always will consider it my hometown. I feel as loyal and devoted to the viewers here as they have been to me. The truth is they have been magnificent in their support of me — people of every age, every ethnic group and from every side of this town. I sincerely hope there is some way I can still serve them on a regular basis.” 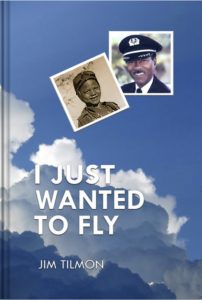 I Just Wanted to Fly

In 2017 he published I Just Wanted to Fly, a memoir of his early days as a commercial airline pilot. It was a followup to his 2011 self-help book Age Is an Attitude: Tips and Tricks for Young People Over 60. Tilmon, an accomplished musician, also recorded a symphony-infused relaxation CD, "Angel Whispers," in 2003.

“Jim Tilmon was a role model for so many in our industry," said Frank Whittaker, station manager and vice president of news at NBC 5. “Our viewers trusted him, his colleagues loved him. He will be missed.”

In addition to his wife, Tilmon is survived by son John, daughter Thera and five grandchildren. Another son, Jim Tilmon Jr., died of cancer in August at 60. He too worked as a pilot for American Airlines.