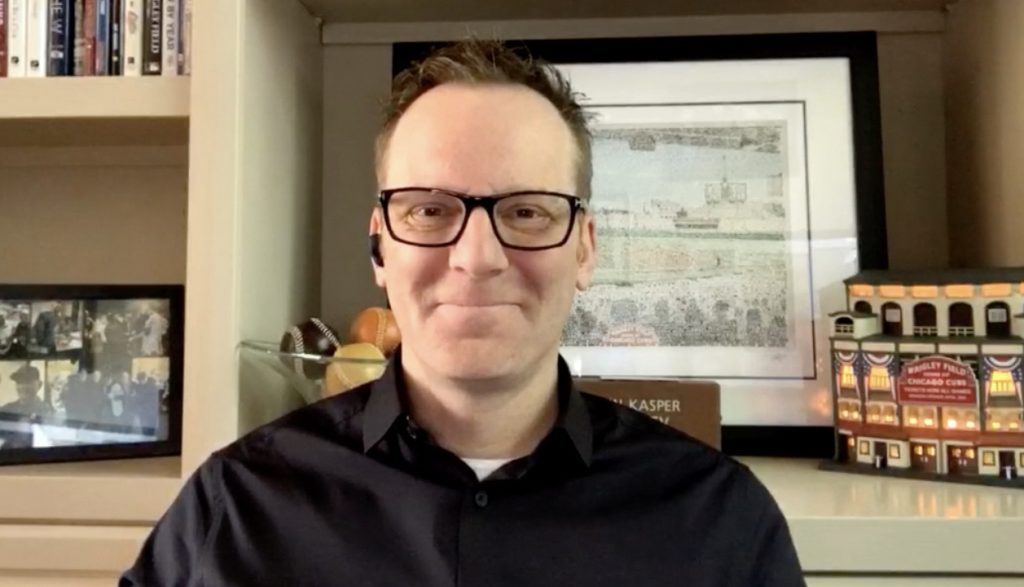 Len Kasper, who's been the TV play-by-play announcer for the Chicago Cubs for 16 years, will become radio voice of the Chicago White Sox this spring.

Kasper replaces Andy Masur in the radio booth alongside Darrin Jackson, who continues in the role of analyst he has held since 2000. The White Sox most recently aired on Nexstar Media Group news/talk WGN 720-AM.

The multiyear deal also calls for Kasper to announce between 20 and 25 White Sox games on NBC Sports Chicago depending on schedules.

“Broadcasting baseball on the radio has always been my dream,” Kasper said in a statement. “I am happy the White Sox were interested in having me handle their play-by-play responsibilities, and I am appreciative that the Cubs were willing to let me leave that organization on such great terms.

"I have always been fascinated by the creative freedom radio allows its broadcasters, and baseball is such a great game when presented on the radio. I have been dreaming about doing this since I was 12 years old, listening to Ernie Harwell, and I didn’t want my career to pass without experiencing this great game nightly from the radio booth. I want to thank both the Sox and Cubs for allowing me to live out this baseball dream.”

Kasper spent his final season with the Cubs alongside analyst Jim DeShaies as an employee of Marquee Sports Network, the regional sports network operated by Sinclair Broadcast Group and the Cubs. Chris Myers is reported to be the leading candidate to replace Kasper at Marquee.

Thursday’s comment of the day: Phil Melcher: In a world of smartphones, the Internet and competitive news markets doesn't it sound a little odd that Dish Network is being illustrated as a menace to public health at a time when information can be attained elsewhere? This is a tinkling contest.