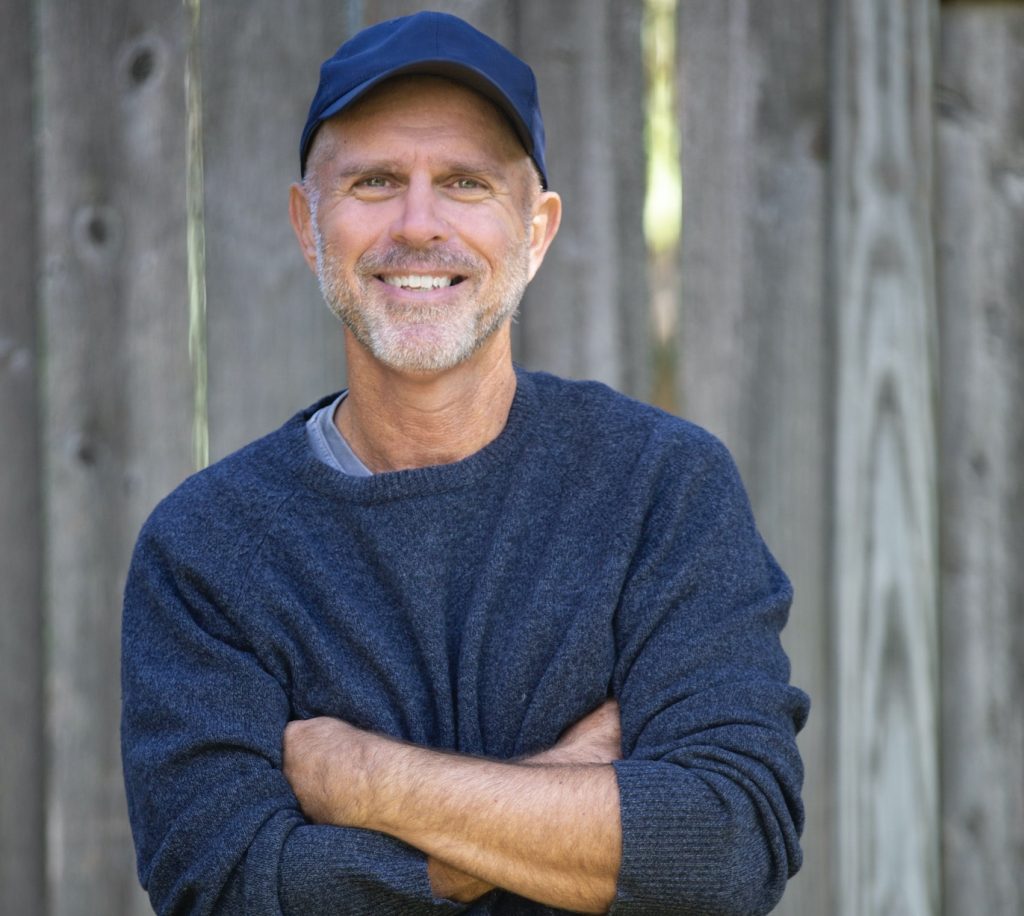 Starting in early January, “Toon In With Me” will feature Leff and a few other characters performing original comedy sketches leading into the best of the Warner Bros. Merrie Melodies and Looney Tunes animated classics, including Bugs Bunny, Daffy Duck, Porky Pig, Tweety and Road Runner. END_OF_DOCUMENT_TOKEN_TO_BE_REPLACED 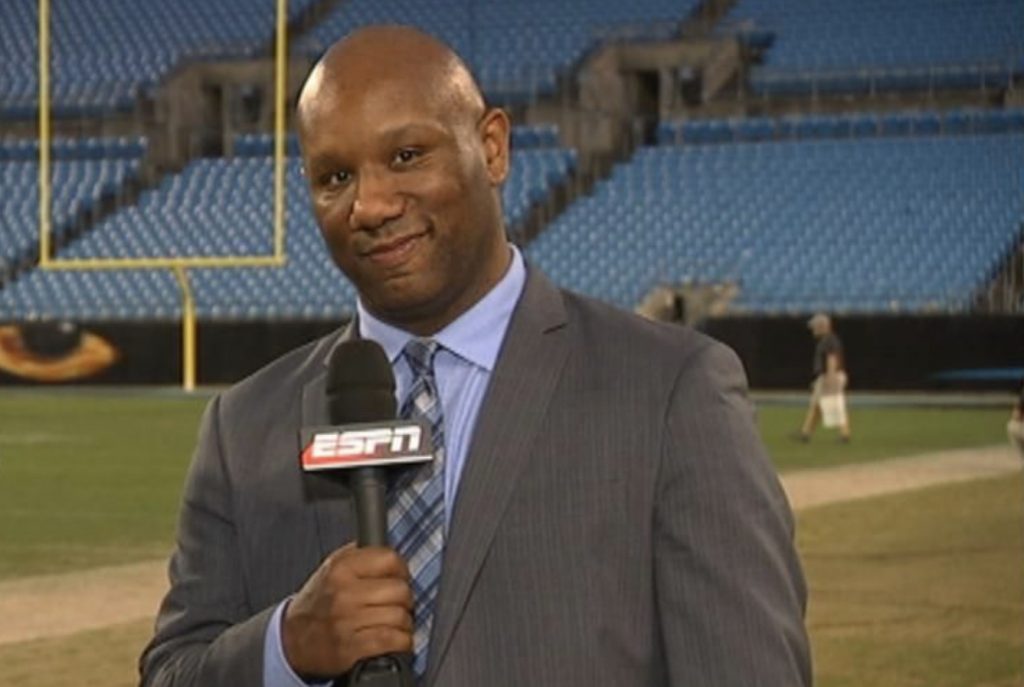 Chicago sports media colleagues were stunned and saddened Thursday to learn of the death of ESPN reporter and former Chicago sportswriter Vaughn McClure. He was 48.

McClure died at home in Atlanta, according to ESPN, where he covered the Atlanta Falcons for NFL Nation. No cause of death was released.

The Chicago native and graduate of Northern Illinois University joined ESPN in 2013 after working for the Chicago Tribune as Chicago Bears beat writer. He also covered the Chicago Bulls in postseason. END_OF_DOCUMENT_TOKEN_TO_BE_REPLACED 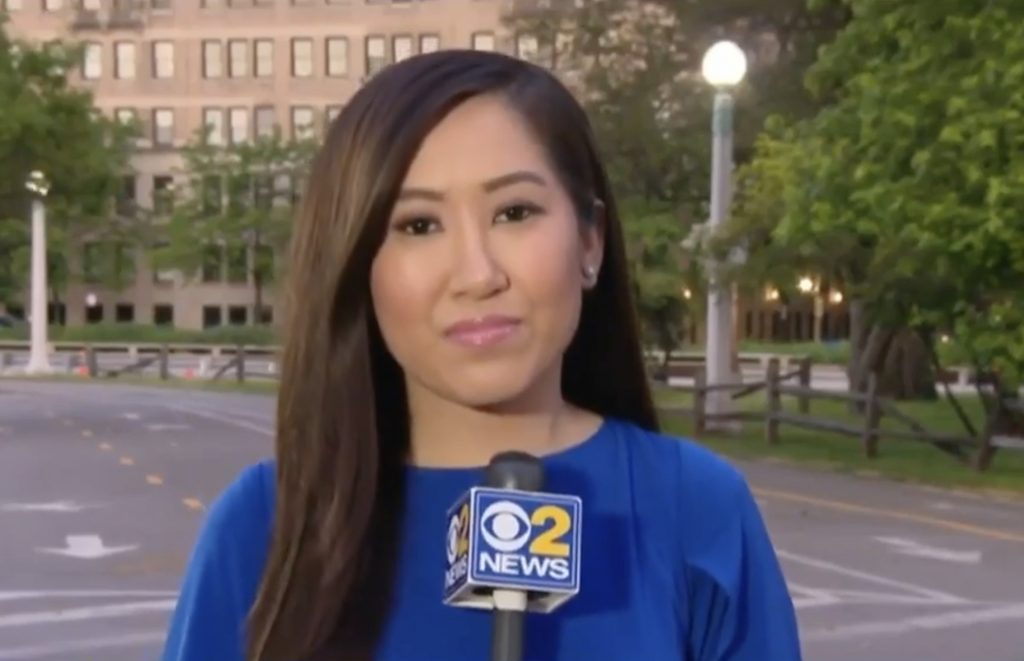 Vi Nguyen, who’s been a per diem reporter for CBS-owned WBBM-Channel 2 since 2018, has been hired full-time as a multimedia journalist and general assignment reporter for NBC-owned WMAQ-Channel 5. She’ll start October 26, according to Frank Whittaker, station manager and vice president of news at NBC 5. The crosstown move was negotiated by agent Mort Meisner. Before joining CBS 2, Nguyen was a reporter and multimedia journalist for WISH, the CW affiliate in Indianapolis. Earlier she worked for stations in Oklahoma City; Wichita, Kansas; and Rockford. The Southern California native, who graduated from Joliet West High School and DePaul University, began as an intern at ABC-owned WLS-Channel 7 and the former Tribune Broadcasting WGN-Channel 9. END_OF_DOCUMENT_TOKEN_TO_BE_REPLACED 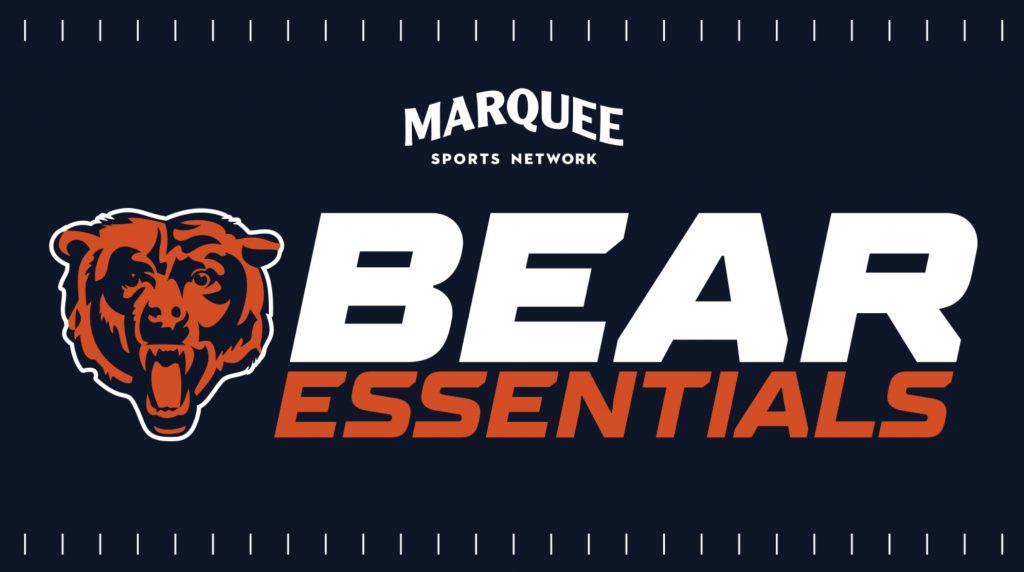 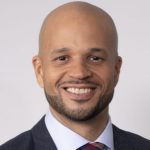 What does a baseball network show when there's no baseball? In the case of Marquee Sports Network, the answer is football. Starting tonight, the new Chicago Cubs cable network will air "Bear Essentials," a weekly Chicago Bears highlights show hosted by Marquee studio host and sports reporter Cole Wright. It will be followed each week by a two-hour "director's cut" of the Bears' most recent game. Tonight "Bear Essentials" will air at 7 p.m., with a rerun of the October 8 Bears vs. Tampa Bay Buccaneers matchup at 7:30 p.m. "The opportunity to build on our Chicago Cubs foundation with the addition of unique Bears content and weekly game carriage is tremendous," said Mike McCarthy, general manager of Marquee. "We're thrilled to partner with the iconic Chicago Bears organization and serve Chicago sports fans more original content." McCarthy said former Bears Dan Hampton and Tom Thayer will rotate as guests on the show among others. END_OF_DOCUMENT_TOKEN_TO_BE_REPLACED 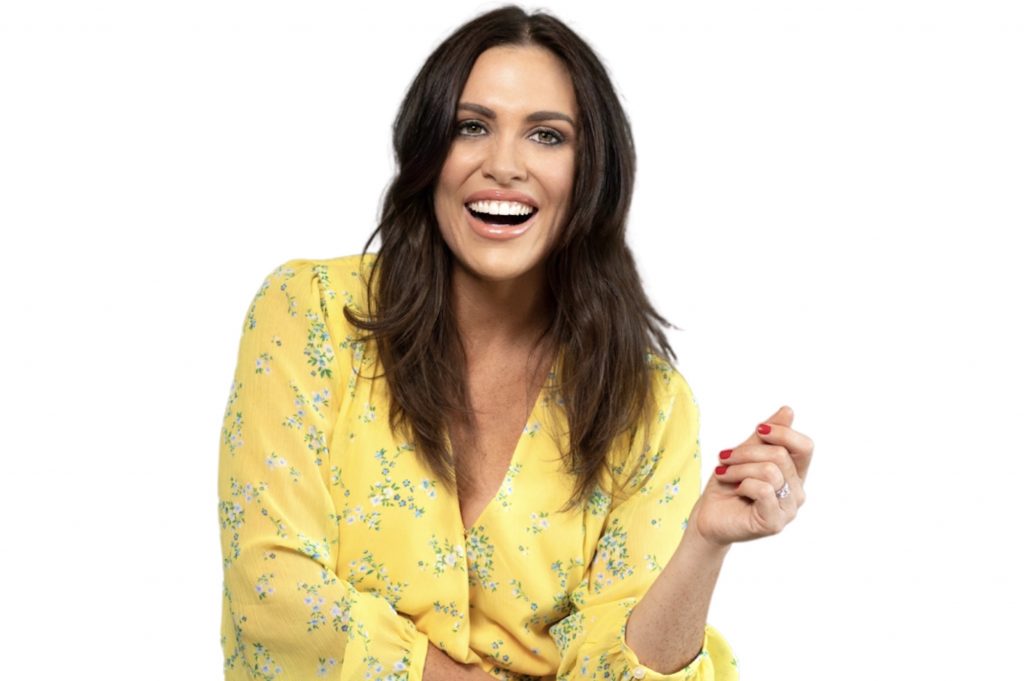 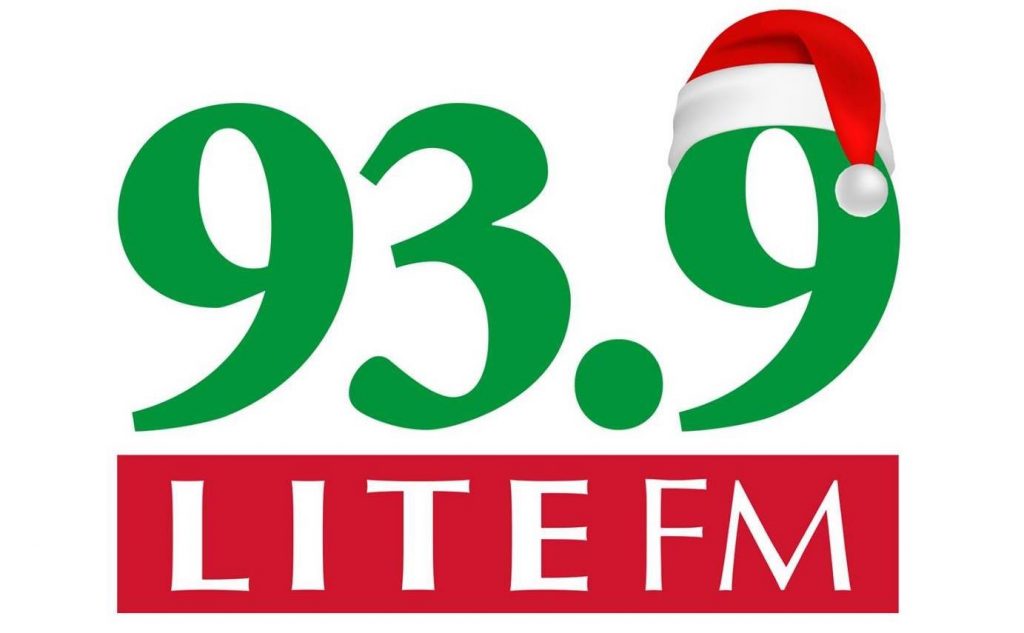 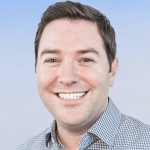 Halloween is still almost three weeks away, but they're already thinking about Christmas at iHeartMedia adult contemporary WLIT 93.9-FM. Listeners again are being invited to guess the exact day and time Lite FM flips to Christmas music this year, with the winning entry eligible for a $1,000 prize. (Here is the link.) "Can't give you the exact day yet . . . but I can say that Christmas music starts in less than 40 days on @LITEFMChicago!" program director and afternoon host Mick Lee wrote on Facebook. Last year the switch to “Chicago’s Christmas Music Station” came at 4 p.m. November 5. The earliest it's happened was November 2 in 2006 and 2007. The ratings are always through the roof. END_OF_DOCUMENT_TOKEN_TO_BE_REPLACED 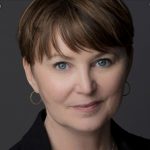 ProPublica Illinois, which launched in 2017 as the first local outpost of the award-winning investigative news organization, announced plans for a major expansion Thursday. Thanks to two "significant grants" from philanthropic entities, the operation will double its reporting staff. With the addition of four more reporters, ProPublica Illinois is expected to create a new Midwest regional hub, also covering Wisconsin, Michigan and Missouri. “The need for local accountability journalism is more acute than ever, as newspapers across the country contract and in some cases collapse,” said Charles Ornstein, ProPublica managing editor for local. Louise Kiernan, Pulitzer Prize-winning former reporter for the Chicago Tribune, continues as editor-in-chief of ProPublica Illinois. END_OF_DOCUMENT_TOKEN_TO_BE_REPLACED 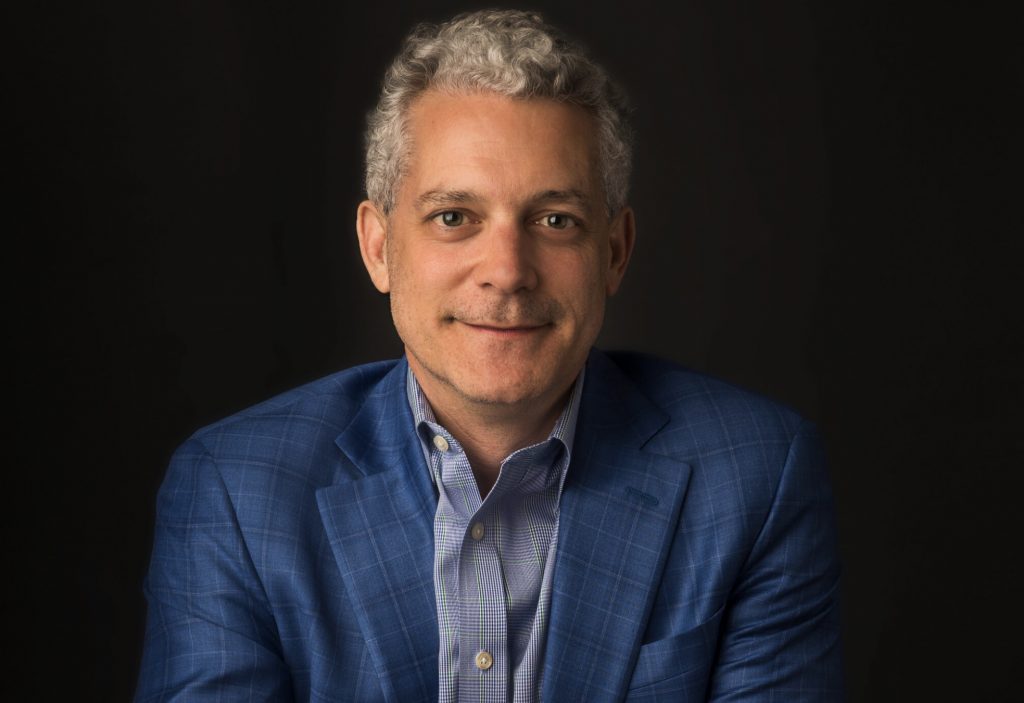 Chicago Public Media announced today that it has postponed its search for a new chief executive officer until next year and appointed tech entrepreneur Matt Moog interim CEO of the nonprofit parent company of NPR news/talk WBEZ 91.5-FM.

Moog, who has run several companies and founded the innovative tech center 1871, has been a member of the Chicago Public Media board for more than a decade. END_OF_DOCUMENT_TOKEN_TO_BE_REPLACED 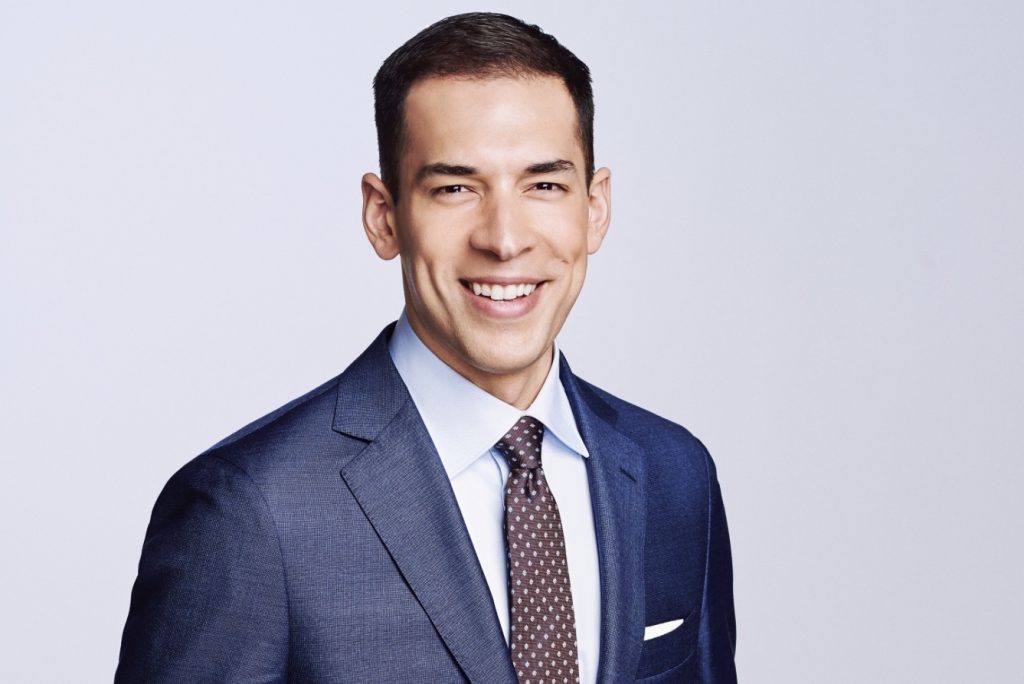 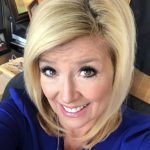 In a week of happy homecomings for Chicago television news anchors, Stefan Holt made his comeback to NBC-owned WMAQ-Channel 5 after four years away. Beginning next week Holt will co-anchor weekdays with Marion Brooks at 4 p.m. and Allison Rosati at 10 p.m. (Rob Stafford continues to co-anchor with Rosati at 5 and 6 p.m.) Holt, a Chicago native and son of “NBC Nightly News” anchor Lester Holt, spent five years as morning news anchor at NBC 5 before moving to WNBC in New York in 2016. “When Stefan walked back into the newsroom on Monday it was like he had never left,” said Frank Whittaker, station manager and vice president of news at NBC 5. “He knows so many of us. It’s been great catching up. And he’s so excited to be back home in Chicago.” Rosati also returned this week after two months off recovering from surgery. END_OF_DOCUMENT_TOKEN_TO_BE_REPLACED 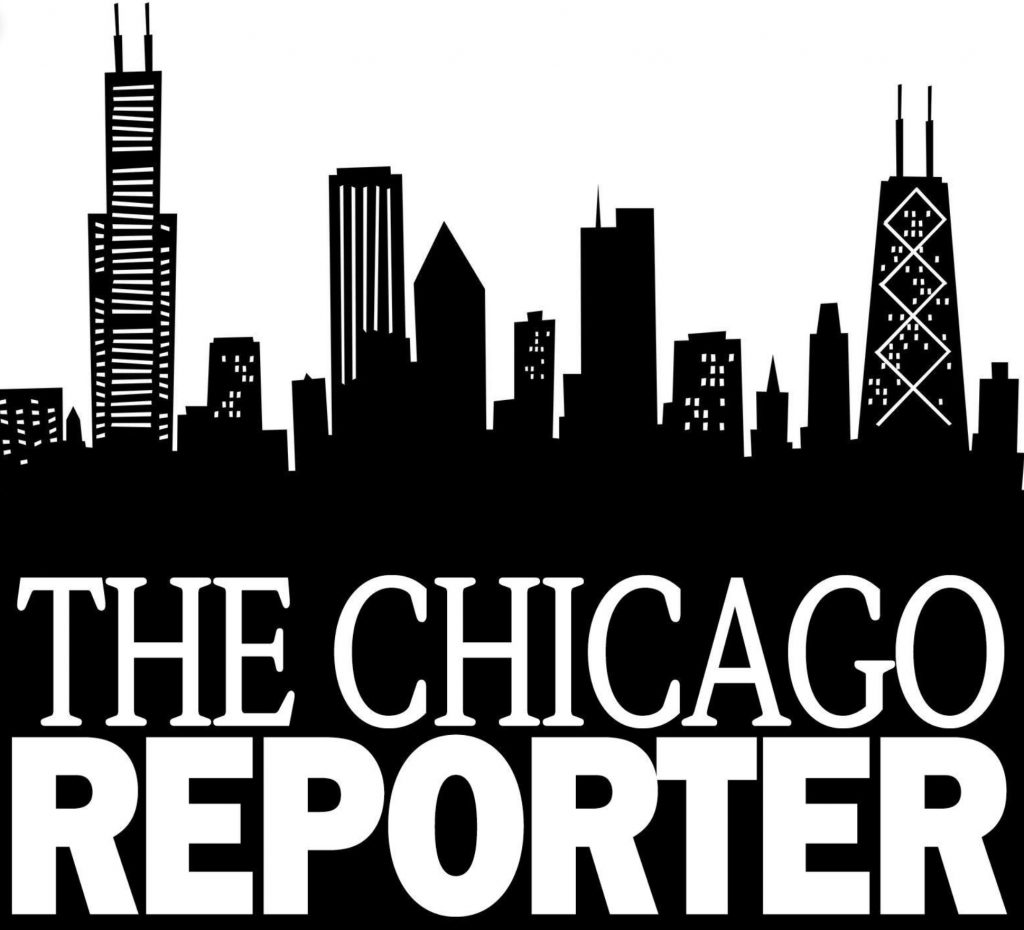 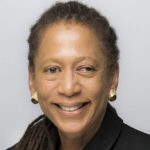 More than 100 former employees of the Chicago Reporter are fighting to save the investigative news organization after 48 years of vital reporting on issues of race, poverty and inequality. As reported here last week, Fernando Diaz was forced out after two years as editor-in-chief and publisher, and officials of the Community Renewal Society refuse to comment on the future of the publication. In an open letter to the nonprofit board, ex-staffers wrote: “We are distressed by reports that the Community Renewal Society has put the Reporter on ‘hiatus’ and has removed its editor and publisher with no public announcement or explanation - and without any word about what will happen next. There has never been a more important time for The Chicago Reporter to be actively engaged in the work it does best as activists and citizens raise issues of racial and economic disparities and police shootings of Black men and women. . . . The Reporter’s success depends on its independent editorial control and its freedom to conduct its investigations and reporting without interference as it holds institutions and leaders accountable on issues of race, ethnicity, poverty and justice. We ask you to explain why you have put The Chicago Reporter on hiatus and removed its editor and publisher. We request that you create a transparent process for the future of the Reporter. And we insist the editor and publisher must have independent editorial control.” Added Laura Washington, a former editor and publisher of the Reporter: “We asked for an explanation, but so far we aren’t getting one. We know it’s not fiduciary because the funding remains solid.” END_OF_DOCUMENT_TOKEN_TO_BE_REPLACED