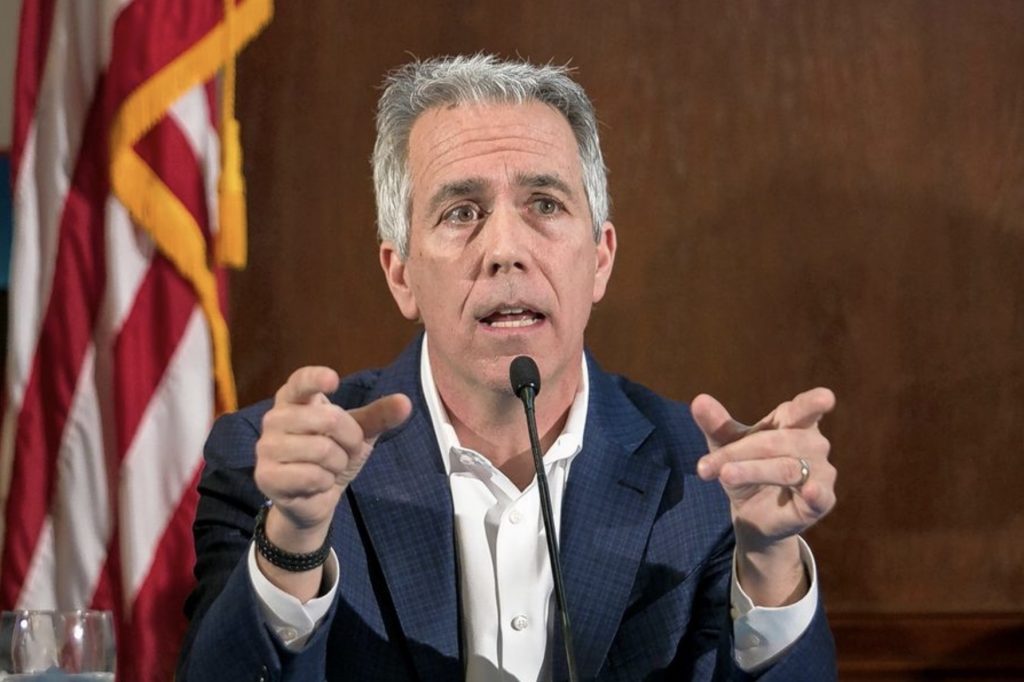 Joe Walsh, the former firebrand congressman and talk show host who declared “I’m done with talk radio” last summer, is getting back behind a microphone again.

Starting Monday, Walsh will host a two-hour Monday-through-Friday talk show to be distributed nationally by Global American Broadcasting Radio Network. It will originate live from 10 a.m. to noon, but air in the Chicago area on delay from 3 to 5 p.m. on north suburban Evanston Broadcasting news/talk WCGO 1590-AM/95.9-FM.

It marks a return to radio for Walsh, who spent six years on Salem Media news/talk WIND 560-AM. He stepped down in August from both his local show and his national show, syndicated by Salem Radio Network, to challenge Donald Trump for the Republican presidential nomination in 2020. Walsh ended his quixotic bid in February.

“I’m excited to be back on the radio," Walsh said. "This country is too divided. We need to get folks out of their corners and listening to each other. That’s what I’ve always done with radio, and thanks to WCGO and the GAB Radio Network, I’ll be able to keep doing it.”

Terms of the agreement were not disclosed. Chuck Duncan, general manager of WCGO and GAB Radio Network, said: "Joe's passion and patriotism come at a critical time in our nation's history, and it's important for all perspectives on America's direction be made available to every city in every state."

Elected in the Tea Party wave of 2010, Republican Walsh served one term in the U.S. House representing the northwest suburban 8th Congressional District. He publicly supported Trump in 2016.

Walsh most recently has been promoting his new book, F*ck Silence: Calling Trump Out for the Cultish, Moronic, Authoritarian Con Man He Is, and hosting a podcast at fsilencepodcast.com.

Friday's comment of the day: Dan Miller: Dave Snyder is just the person to transform the Economic Club with innovative applications of technology and pertinent content. Wise move by the Economic Club and congratulations to Dave.