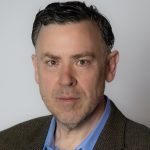 Two seasoned Chicago reporters will be joining the Sun-Times, thanks to a grant from The Chicago Community Trust. Elvia Malagón, a reporter for the Chicago Tribune who previously worked for The Times of Northwest Indiana, will cover social justice and income inequality issues. Brett Chase, senior investigative reporter for the Better Government Association and a former reporter and editor for Bloomberg News and Crain’s Chicago Business, will cover the environment and public health. “Brett and Elvia are exactly the kind of journalists we envisioned taking on these roles when we began discussing the idea of these grant-funded positions with the Community Trust last year,” Sun-Times executive editor Chris Fusco said in a statement. “As our region emerges from the coronavirus pandemic, it will be more important than ever for our newspaper to continue shining a light on economic and health inequities, keep watch over education and immigration policies, and make sure our elected leaders are doing everything they can to safeguard the environment and stop widespread flooding.” The Community Trust will not supervise Malagón or Chase, whose stories will be available for free online. 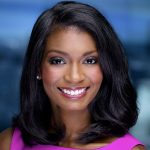 A 20-year-old Minooka man was charged with battery and disorderly conduct for allegedly attacking WGN-Channel 9 reporter Gaynor Hall during a live shot Saturday night. Hall was reporting from Shorewood for the Nexstar Media Group station when Eric Farina ran up, grabbed Hall by the shoulders, pushed her aside and shouted a profanity, according to police. (Here is the link.) "Thanks to your help, he was identified and arrested," Hall later wrote on Facebook. "Thank you all so much for your kind words and support. I am ok and I appreciate you more than you know." 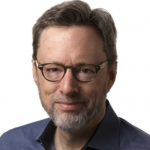 They're fighting openly with each other again at the Chicago Tribune. On Sunday, furloughed film critic Michael Phillips posted a favorable review of colleague Steve Chapman's column (citing his "good sense and plainspoken acumen") on Facebook, followed by this line: "His column stands in stark contrast to another columnist we employ, whose column is best described as 'Give me liberty AND give me death.'" (Here is the link.) Although he didn't mention John Kass by name, it was clear to all that Phillips was referring to the Tribune's lead columnist, who's been critical of the coronavirus lockdown. No response yet from Kass. 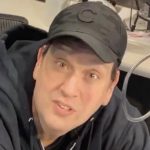 Friday’s comment of the day: John McHugh: The pandemic has brought some annoying changes to television news. Those decades-old Mark Giangreco "employment" videos were stupid then and are even worse today. And, please, please, all stations: end those daily drive-by parade "stories." They might have been clever once, but . . .