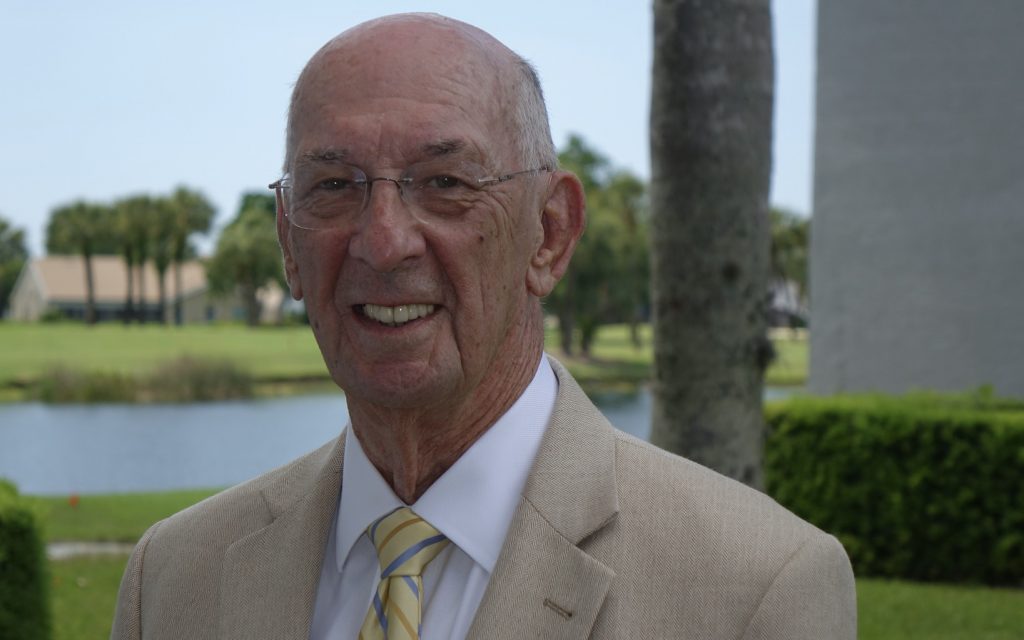 As a pioneering rock and roll disc jockey in the 1960s and for decades later as a multifaceted talk show host, Clark Weber entertained generations of Chicago radio listeners with impeccable style, class and professionalism.

"Clark was quick-witted, warm and smooth — a pro's pro whether it was rock and roll or news talk," said Bob Sirott, a longtime colleague and morning host at news/talk WGN 720-AM. "He set the bar high on the air and more importantly off the air as a mentor, counselor, friend and cheerleader for those lucky enough to get to know him. Mother Weber certainly raised a gentleman."

Weber first rose to fame at Top 40 powerhouse WLS 890-AM, starting in 1961. In that golden era of the "Silver Dollar Survey," he recalled, "we offered the teenage listeners a fun time with new station jingles, great rock and roll music and a variety of contests."

In 1965 Weber introduced the Beatles on stage at Comiskey Park.

“When [WLS evening jock] Ron Riley and I stepped out onto that stage, Ron said to me, ‘Look, you can feel it.’ And as we brought the Beatles on stage, we put our hands out and you could actually feel the sound from the crowd passing through your fingers," he recalled. "It was an incredible experience.”

Born November 24, 1930, in the Milwaukee suburb of Wauwatosa, Weber attended the University of Wisconsin-Milwaukee and served in the U.S. Navy during the Korean War.

He traced his interest in broadcasting to his ham radio hobby as a teenager and to a fateful visit to a local radio station.

On the morning of March 10, 1948, a 17-year-old Clark Weber made his debut on Milwaukee's WFOX as a guest DJ. "When I walked into the radio station I never felt so comfortable in my life," he recalled in his 2008 memoir, Clark Weber’s Rock and Roll Radio: The Fun Years, 1955-1975. "To this day, I cannot explain that wonderful feeling and the fact that I thought I was fearless and just filled with wide-eyed interest.

"As I left the station, I had an epiphany and knew what I wanted to do for the rest of my life. It was as simple as that: I wanted a career in radio."

Early radio jobs in Waukesha, West Bend and Milwaukee led to a life-changing call from WLS, where he moved up from overnights to afternoons to mornings, and also served as program director. He jumped to rival Top 40 WCFL in 1969, and then to WMAQ in 1971.

Feeling he was too old to keep spinning records at 43, Weber segued to talk radio at WIND 560-AM in 1973 and quickly mastered that format as well. After 13 years there he spent a decade at WJJD and five more years at WAIT.

"I love radio and I knew that if I wanted to remain a viable personality for years to come, I had to offer more than simply introducing records," he once told me. "My audience and I had things to say to each other!"

Neal Sabin, who produced Weber's morning show at WIND, recalled riding to work with him before dawn each day. "Clark would pick me up at my apartment and we would ride together to WIND," said Sabin, now vice chairman of Weigel Broadcasting. "I heard so many great stories and had one of my first introductions to the real world of broadcasting working with him."

As a canny businessman, he formed Clark Weber Associates, a north suburban-based advertising consulting firm targeting what he called the underserved market of senior citizens. He also hosted "A Senior Moment," a daily commentary feature on growing older that aired on 34 stations and online.

Just before he retired in 2015 Weber was inducted in the Illinois Broadcasters Association Hall of Fame. Earlier he won the Golden Windy Award from the Radio Broadcasters of Chicagoland and the Broadcast Advertising Club Chicago.

“Bob Hope once said the time to retire is when you can still hear the applause from your dressing room,” he told me. “In my case it’s time.