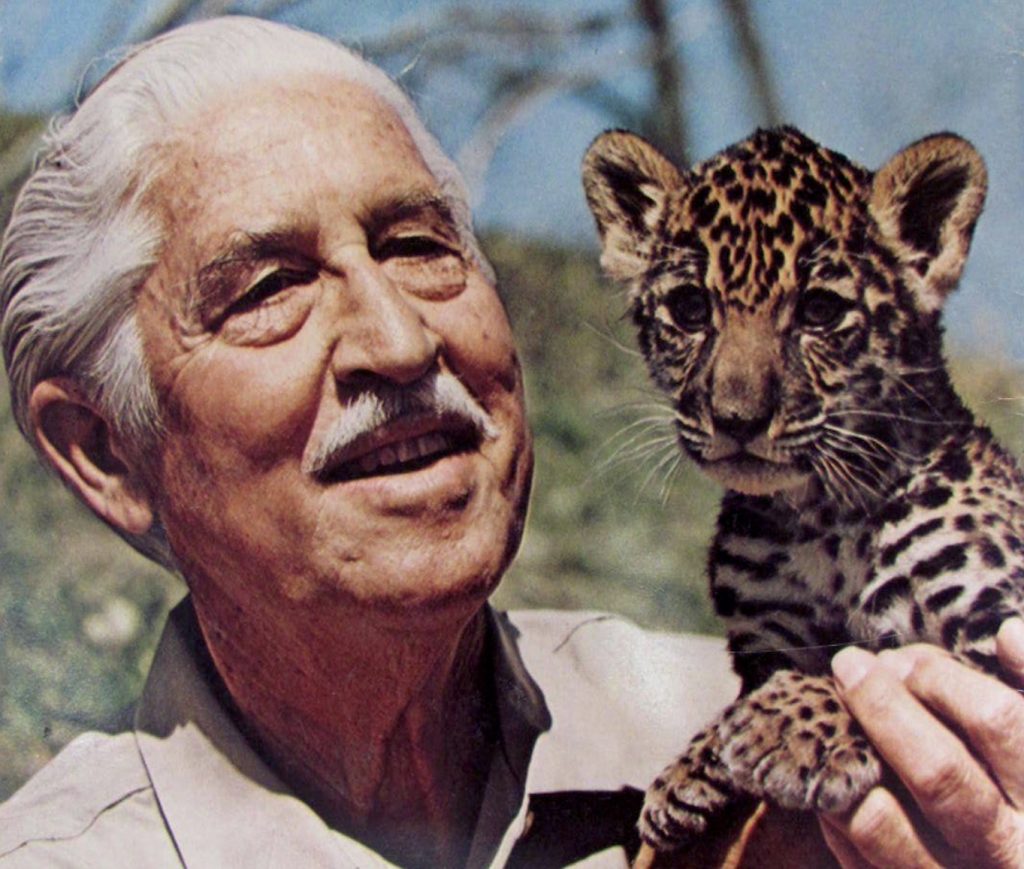 Marlin Perkins, the former Lincoln Park Zoo director who brought the animal world home to millions of viewers through “Mutual of Omaha's Wild Kingdom,” will be honored posthumously with the Chicago TV industry’s highest honor.

Perkins is one of 10 notable broadcasters chosen for induction this spring in the Silver Circle of the Chicago/Midwest chapter of the National Academy of Television Arts and Sciences.

He and the other 2020 honorees were announced Saturday at the 61st annual regional Emmy Awards. END_OF_DOCUMENT_TOKEN_TO_BE_REPLACED 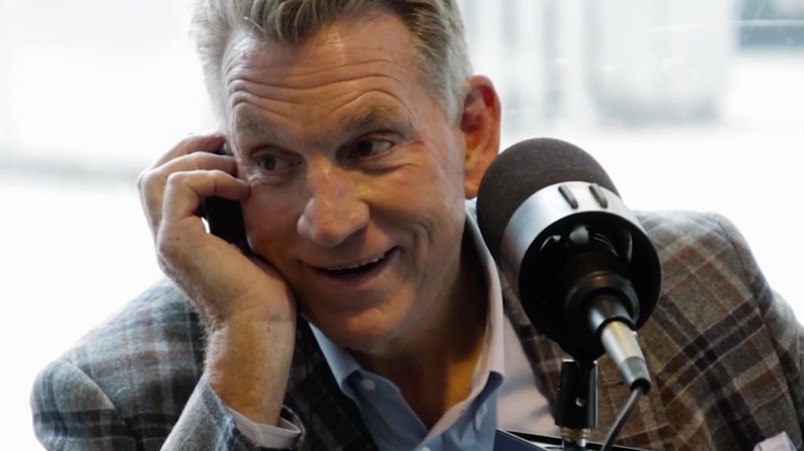 Legendary media entrepreneur Jimmy de Castro, who downsized and revitalized the seven Chicago radio stations owned by Entercom Communications, is ready to take a gamble on his next adventure.

"I’m officially retiring after my contract is up — but I’ve flunked retirement three times," de Castro, 66, told me. "I definitely have plans on doing something else in the gaming business, and I’m excited about that opportunity." END_OF_DOCUMENT_TOKEN_TO_BE_REPLACED 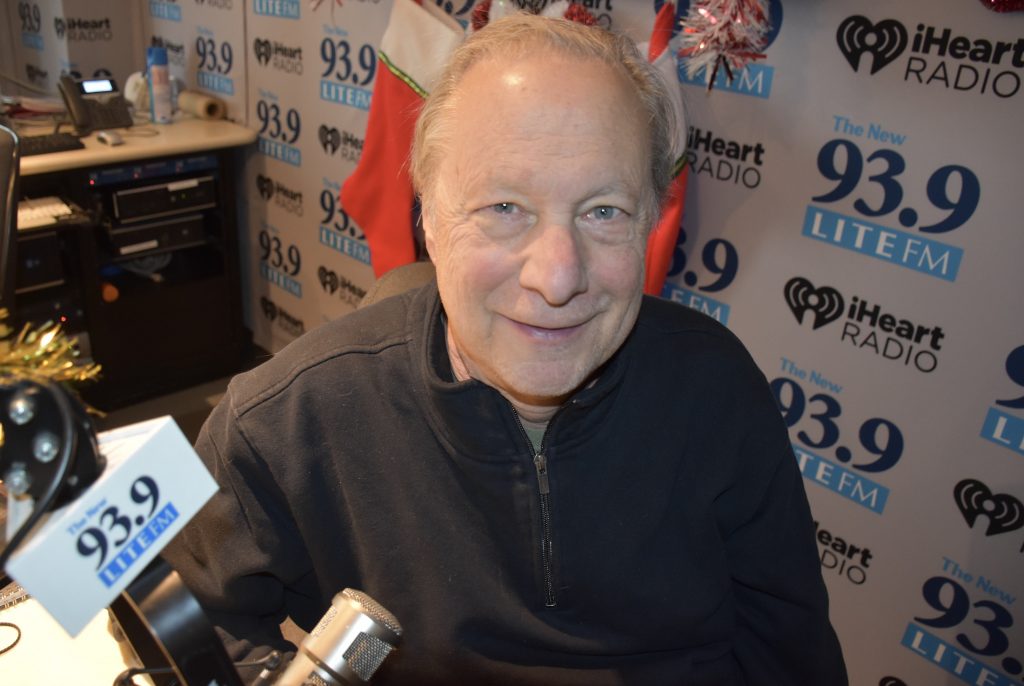 Listeners know Bart Shore as one of Chicago radio's most familiar traffic voices. Now the Wilmette native is going back to his record-spinning roots. Starting this weekend, he'll host from 7 p.m. to midnight Saturdays on WLIT 93.9-FM, the iHeartMedia adult contemporary station. (They're playing all-Christmas music now.) "This is truly full circle for me," said Shore, who started on the station — then known as WLAK — in 1985. "My goal was always to be on the radio in Chicago." He continues as traffic reporter for Melissa Forman's weekday morning show on 93.9 Lite FM. END_OF_DOCUMENT_TOKEN_TO_BE_REPLACED 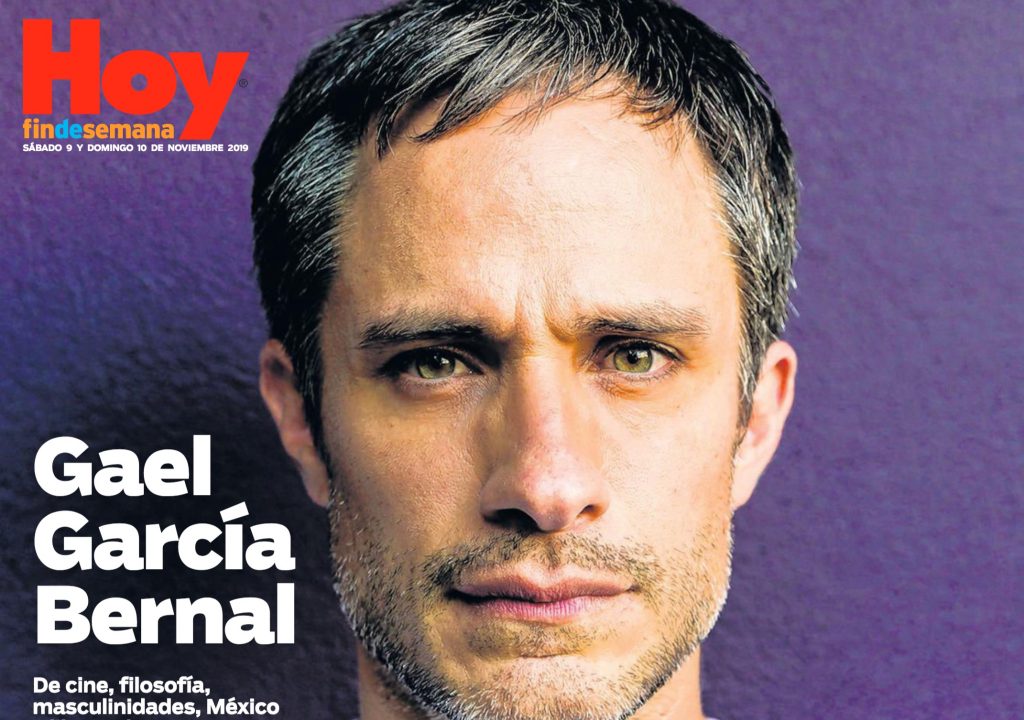 Hoy, the Spanish-language newspaper and website produced by the Chicago Tribune, will cease publication as of December 13. No reason was cited for the move, although the paper has been shrinking since its launch as a daily in 2003. It's been a weekly since 2017. "We anticipate providing all affected employees the opportunity to take open positions inside the company," Tribune Publishing said in a statement, adding that it would be "aggressively exploring other options to meet the changing readership needs of our important Hispanic communities." The Chicago Tribune Guild, which represents editorial employees, said it was "deeply disappointed" by the shutdown, calling it "a disservice to our journalists, our readers and our company. . . . Tribune Publishing’s executives and top editors are not going to cut their way to lasting prosperity." END_OF_DOCUMENT_TOKEN_TO_BE_REPLACED 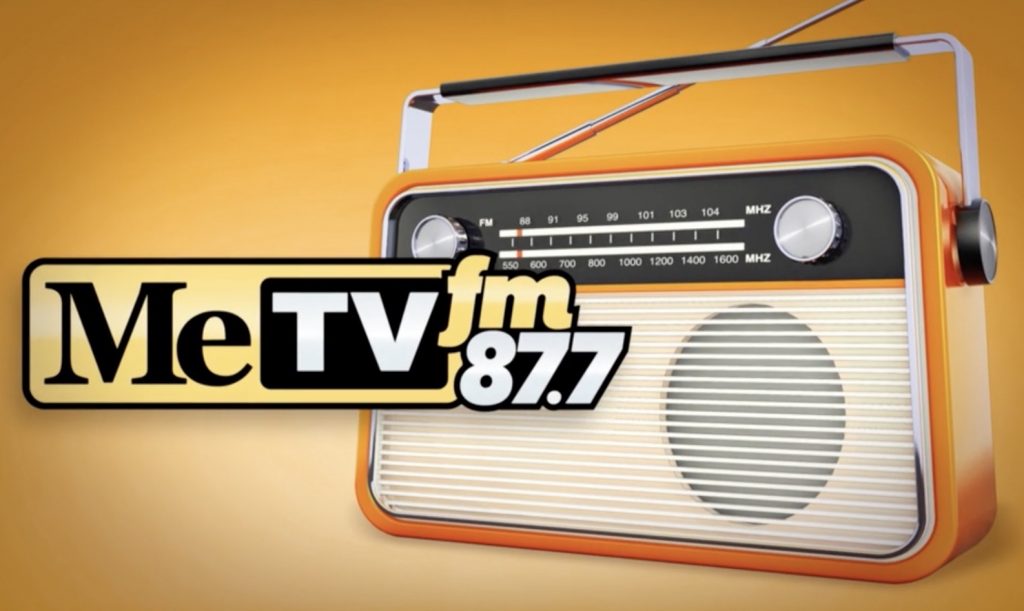 News anchors and reporters from CBS 2 have begun providing 10 updates each weekday during morning and afternoon drive time in exchange for on-air promotions. END_OF_DOCUMENT_TOKEN_TO_BE_REPLACED 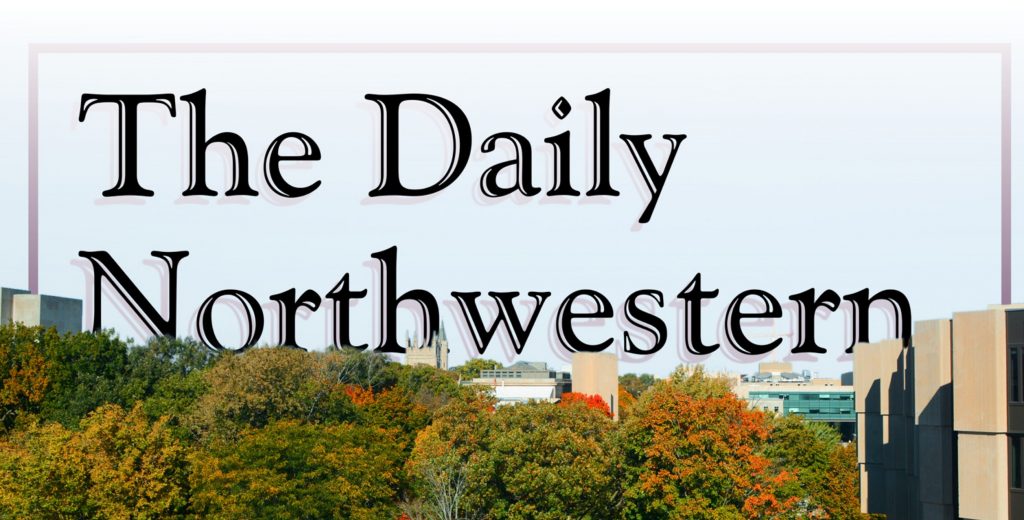 Someday the young editors of The Daily Northwestern will look back on this episode in their lives with regret and shame.

But for now, let’s just think of it as a teachable moment for some misguided college students who need to learn that journalists don't apologize for doing their jobs. Otherwise they shouldn’t be journalists. END_OF_DOCUMENT_TOKEN_TO_BE_REPLACED 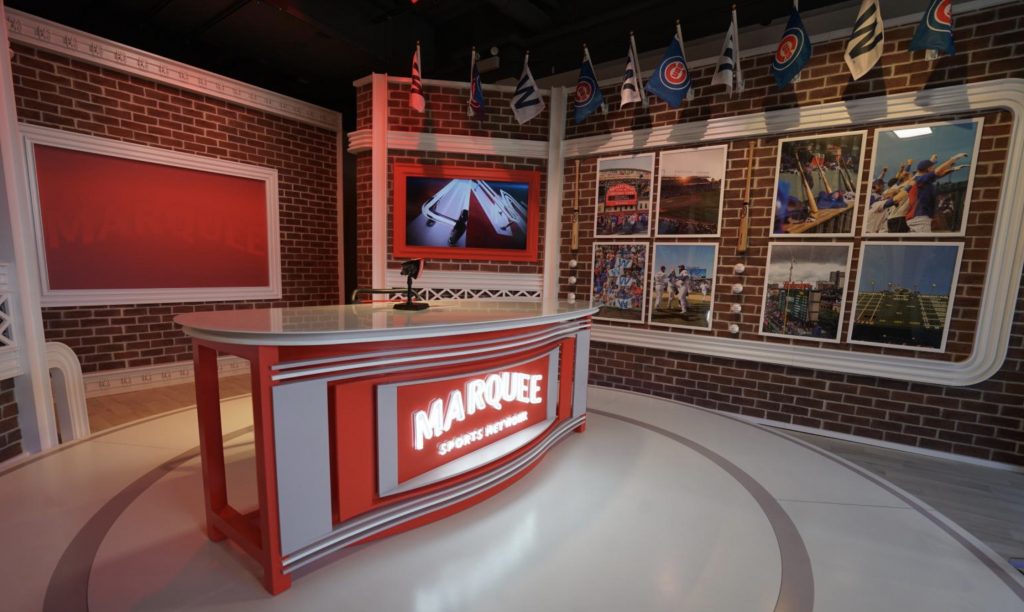 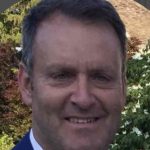 With the launch of Marquee Sports Network barely three months away, the future TV home of the Chicago Cubs finally got around to hiring a programming chief. But it still hasn’t announced any deals with on-camera talent. Michael Santini, former vice president of production at MLB Network, has joined Marquee as senior vice president of programming and production. He previously worked with Marquee general manager Michael McCarthy at MSG Network. “Mike has operated the best baseball production unit in the business for years,” McCarthy said in a statement. “We have no doubt he’ll give Cubs fans what they want and deserve as head of programming and production at Marquee.” The new network is set to debut in February 2020, although there’s still no agreement with Xfinity/Comcast or several other major services to carry it. Marquee is jointly owned by Sinclair Broadcast Group and the Cubs. END_OF_DOCUMENT_TOKEN_TO_BE_REPLACED 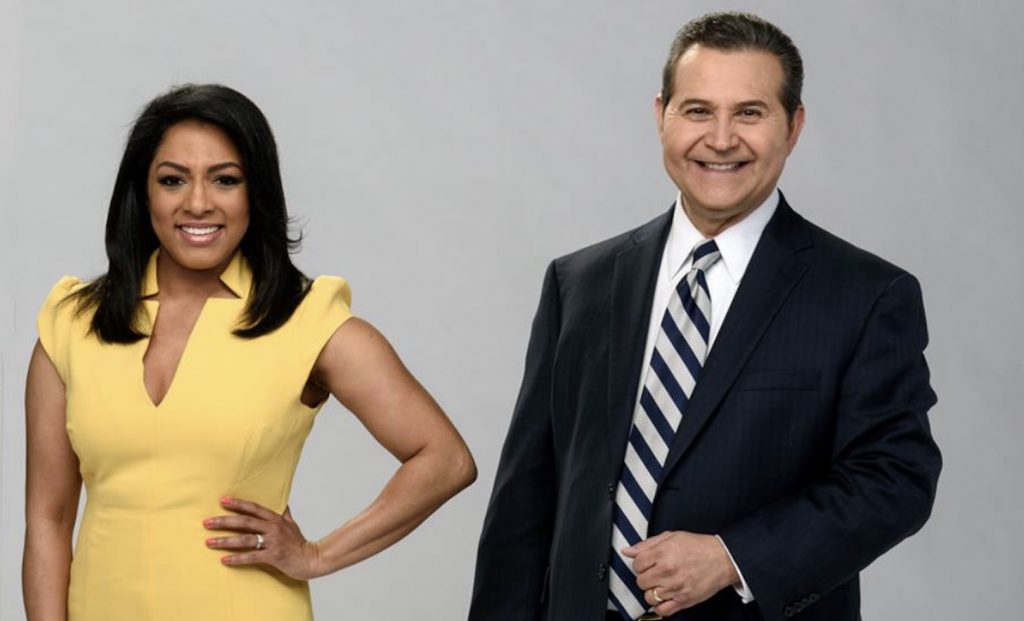 Are two meteorologists better than one? Alicia Roman this week joined Andy Avalos on NBC-owned WMAQ-Channel 5's weekday morning newscast. "We're going to kind of tag-team the weather together and bring you a closer look at some metro forecasts on a daily basis," Avalos told viewers. Frank Whittaker, station manager and vice president of news at NBC 5, said Avalos continues as the main morning meteorologist with Roman joining him three days a week with "additional coverage on the big weather story of the day." She also will appear on Saturday and Sunday morning newscasts. In addition to Avalos and Roman, NBC 5's weather team includes Brant Miller, Pete Sack and newcomer Paul Deanno. END_OF_DOCUMENT_TOKEN_TO_BE_REPLACED 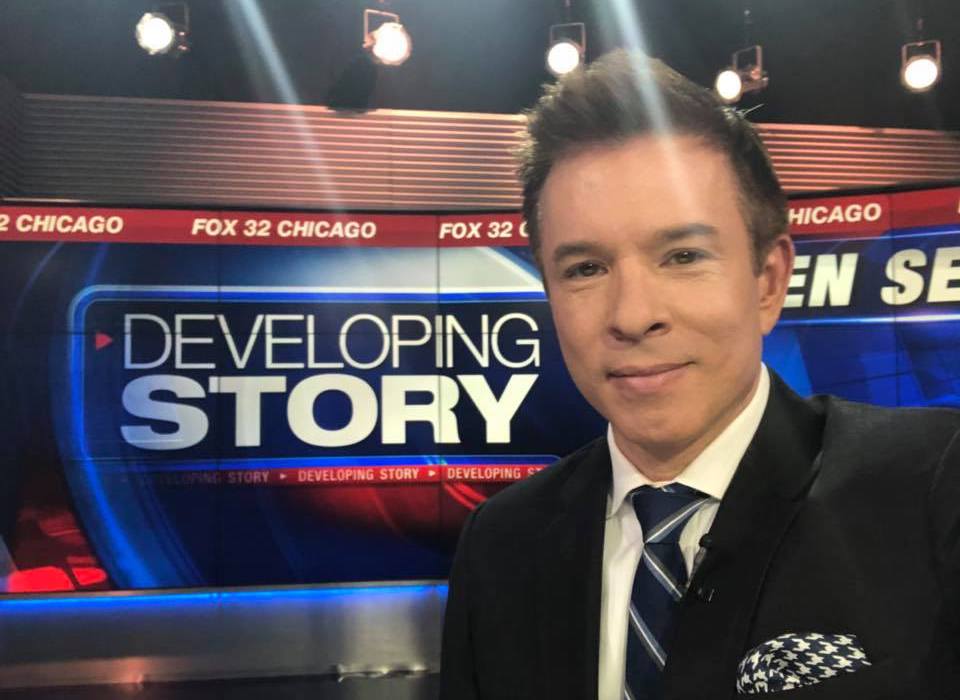 An Indiana judge granted an order of protection Wednesday against Rafer Weigel, morning news anchor at Fox-owned WFLD-Channel 32, in a case involving texts of nude photos and allegations of revenge porn. The order was sought by a Valparaiso woman who alleged she was the victim of harassment by Weigel and his former fiancee. During testimony in Porter County Circuit Court, Weigel invoked his Fifth Amendment right not to incriminate himself in declining to answer whether he knew his former fiancee, Kathy Browne, had downloaded explicit photos of the woman from Weigel’s phone and emailed them back to her. Earlier, Weigel received a protective order against the Valparaiso woman in Cook County Circuit Court. In a statement to the Post-Tribune of Northwest Indiana, Weigel’s attorney, Walter Alvarez, said: “I think it’s very shameful that such sexual misadventures between these two must be aired in a court of law. All of Mr. Weigel’s actions were certainly never in a harassment manner towards [the Valparaiso woman].” Weigel, 50, who has not been charged with a crime, was suspended without pay as co-anchor of Fox 32’s “Good Day Chicago.” He’s the son of the late Chicago sports anchor Tim Weigel. END_OF_DOCUMENT_TOKEN_TO_BE_REPLACED 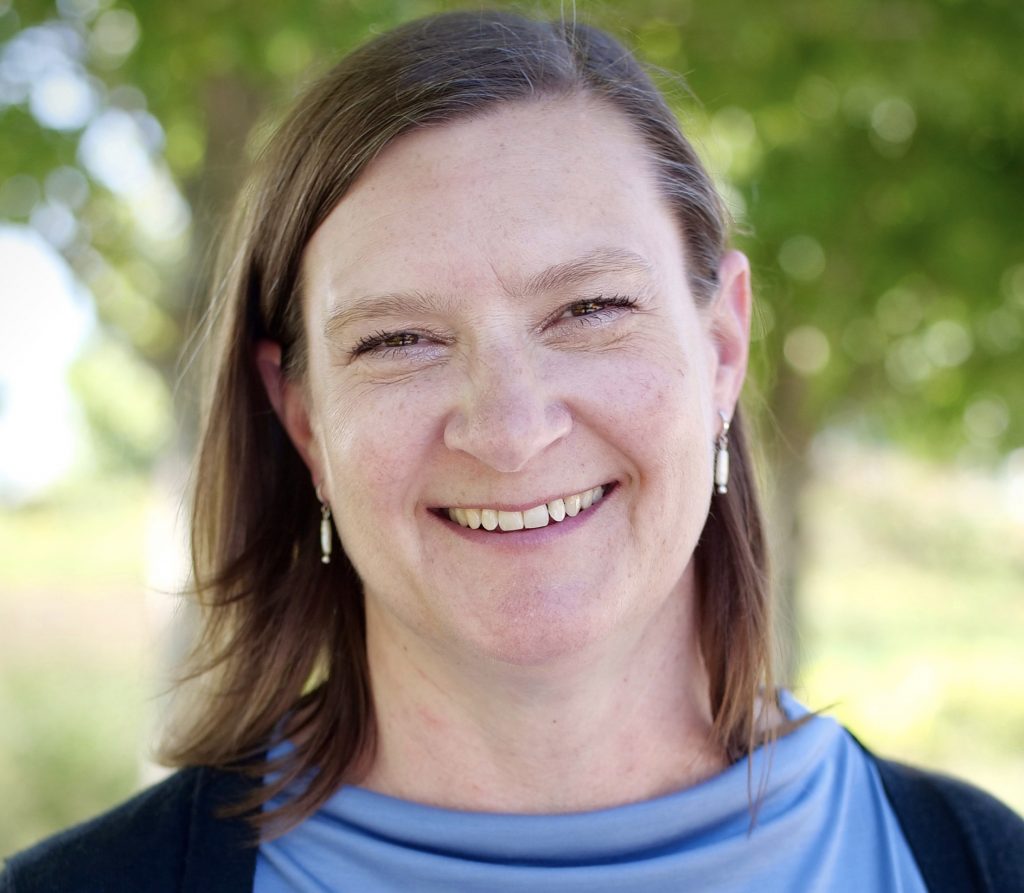 Lisa Labuz, who’s been a reliable, authoritative voice in mornings at Chicago Public Media WBEZ 91.5-FM for 20 years, soon won't be heard at the crack of dawn anymore.

Labuz will step down as morning news anchor and local host of NPR’s “Morning Edition” early next year and move to middays — from 10 a.m. to 3 p.m. Monday through Friday — the public radio news/talk station announced today. END_OF_DOCUMENT_TOKEN_TO_BE_REPLACED