You won't hear the Chicago Bears, but WGN 720-AM is about to begin airing select NFL football games on Sunday afternoons. Starting this weekend the Nexstar news/talk station will broadcast a play-by-play lineup distributed by Compass Media Networks. This Sunday's matchups are Houston Texans vs. Kansas City Chiefs at 11:30 a.m., and Dallas Cowboys vs. New York Jets at 2:45 p.m. Under new Nexstar ownership, WGN hopes to use the games to promote other programming on the station. This is a bye week for the Bears, who continue to air on Entercom all-news WBBM 780-AM/WCFS 105.9-FM. 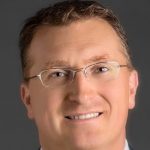 Another move by Nexstar could have a big impact on WGN Radio's ratings. Under executive vice president Sean Compton, the station will convert its live streaming to a full simulcast of its over-the-air broadcast signal, starting Monday. (WGN has been airing different commercials on its digital stream.) As a result, Nielsen Audio now will combine ratings for both online and broadcast audiences in what's known as Total Line Reporting. Look for WGN to show a significant ratings hike in the coming months. That will leave Entercom adult album alternative WXRT 93.1-FM as the only Chicago station with enormous online ratings still not factored into its total audience shares. 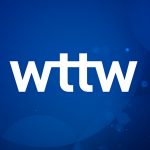 The North Side studios of Window to the World Communications WTTW-Channel 11 soon will be the home of a new children's show for PBS Kids. Starting in November a 30-minute live-action puppet show titled “Donkey Hodie” will be produced in the station's Grainger Studio at 5400 North Saint Louis Avenue. It's a co-production of Spiffy Entertainment and Fred Rogers Productions. The show is scheduled to premiere sometime in 2021, according to Kim Mattes, director of production services at WTTW. "Later with Leon," the late-night comedy news show hosted by Chicago radio personality Leon Rogers, has moved to 11:30 p.m. weeknights on Fox-owned WFLD-Channel 32. Since its premiere in September it had been airing at 10 p.m. Rogers, a stand-up comedian and actor, co-hosts the show with Fox 32 reporter Tia Ewing. Meanwhile he continues to host mornings on iHeartMedia urban contemporary WGCI 107.5-FM along with Kendra Gilliams and Kyle Santillian. 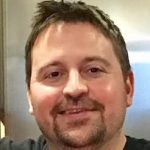 Alex Quigley, who recently segued from a career in Chicago radio on-air and management positions to content developer for the city of Elgin, is still making use of his broadcasting talents. He now hosts “What Would You Say You Do Here?,” a bimonthly podcast series in which he interviews city workers. “Not only do we want to shine a spotlight on some of our great, hardworking employees, but we want to open up the ears of residents of Elgin and surrounding communities to inform them as to what these jobs do for their city, day-in and day-out," Quigley said. (Here is the link.) 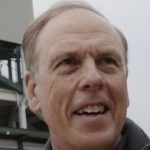 Bruce Miles, who just retired as Chicago Cubs beat writer for the Daily Herald, reflects on his more than three decades in sports journalism in a wide-ranging interview with sports podcaster Jon Zaghoul. Miles also talks about the end of the Joe Maddon era and the Cubs' disappointing 2019 season, and where their collapse ranks among others in franchise history. (Here is the link.)