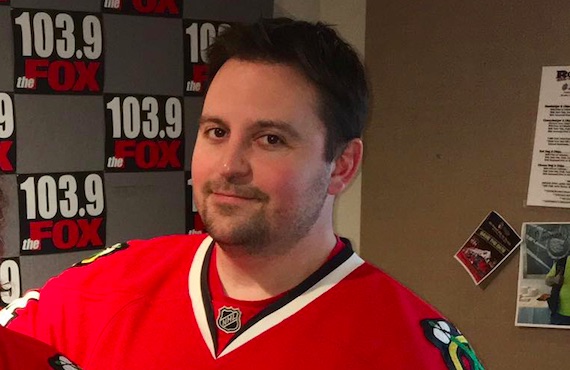 Either way, the Chicago area broadcaster has traded his work behind a microphone for a desk job as content developer for the city of Elgin.

The last straw for Quigley, 40, was the demise of WFXF 103.9-FM, the northwest suburban classic rocker, where he spent four years as program director and midday personality. The station was sold to Educational Media Foundation, which flipped it to a noncommercial Christian music format. In April, 103.9 The Fox vanished along with Quigley and his co-workers.

In a Facebook post Tuesday, Quigley said his new job will entail handling written, social and audio and video content across Elgin's media channels, targeting "everyone from city employees to residents to tourists."

Quigley’s radio career included on-air and management positions at multiple stations, including alternative rock WKQX 101.1-FM, news/talk WGN 720-AM, classic rock WDRV 97.1-FM, Rivet Radio and the short-lived sports/talk station known as 87.7 The Game. The Kankakee native graduated from the University of Illinois, where he was program director of the school's WPGU.

"Radio gave me a lot over the last couple decades," he wrote. "Great friends, good times. . . . It's been my whole adult life.

"But it's been taking more than giving as the years roll on and the industry fades. My time at the Fox really was an anomaly: a fun bubble in the cornfield where a bunch of talented people actually got to do almost whatever we wanted to do, and it worked. Until it popped. And since I can't move across the country for a job, nor do I want to work in a format I'm not passionate about. . . . I'm really okay if running the Fox was my radio swan song.

"Maybe I'll fill-in from time to time somewhere if I wanna scratch that itch, maybe I'll do a podcast. Or maybe I'll just pour that energy into Elgin. I don't know. It's an amazing feeling to not know!"