Four Chicagoans with deep connections to WGN 720-AM will be added to the WGN Radio Walk of Fame, the Tribune Broadcasting news/talk station announced today.

This year's inductees are: John Williams, longtime midday personality who began his career as a college intern for morning superstar Wally Phillips; Andrea Darlas, who resigned in April after 21 years as news anchor, reporter and program host; Marlene Wells, coordinator of sales promotion and merchandising, and a 52-year employee of the station; and Sam “Tenpin Tattler” Weinstein, the late host of a bowling show that aired for 60 years. 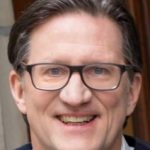 All four will be honored September 13 at a ceremony to air live from the Chicago Architecture Center, 111 East Wacker Drive.

The Walk of Fame was established in conjunction with WGN’s 90th anniversary celebration in 2014. 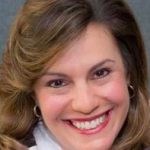 Until last year, inductees were honored with plaques embedded in the pavement outside of WGN studios at Tribune Tower, 435 North Michigan Avenue. With the sale of the building and the station's move to 303 East Wacker Drive, the plaques have been put in storage for future installation.