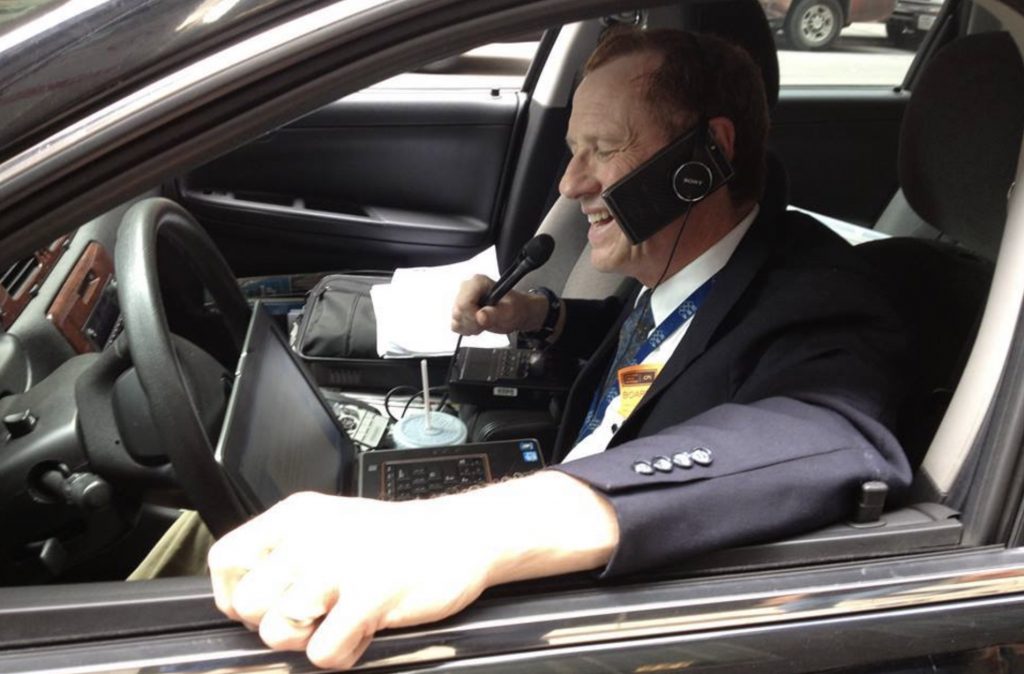 Friday’s news that Bob Roberts was retiring after an outstanding run as one of Chicago’s premier broadcast journalists elicited an outpouring of accolades here and on social media from friends, colleagues and admirers.

It also prompted this personal message from Roberts himself (aka Robert Rodenkirk), whose last day as a reporter at Entercom all-news WBBM 780-AM/WCFS 105.9-FM will be April 16:

A FAREWELL, OF SORTS

Yes, it's true. I am retiring. It's time to take a step back, get some needed rest, sharpen my Zumba moves and do more than think about the book I've contemplated. Freelance work is out there and I have people rooting for me.

Today I've heard from hundreds of people — grade school and high school classmates (Champion Ramblers; football brothers forever), friends from my seven years of college radio ("Animal House" reference: not "down the drain") and every stop since. I have heard from desk assistants and the chief operating officer of my employer, Entercom. I have heard from local TV and radio competitors, from CBS and NPR correspondents and from people whose stories I have covered, including a truly great and inspirational clergyman who fights every day for a better neighborhood and a violence-free Chicago, Father Michael Pfleger, whose prayers I seek. I have even heard several times from the man who, as a teenager, first found me a place to call home on the commercial side of the dial. (Thank you, Jim. I think...)

Not bad for a kid who aspired to be a motorman on the North Shore Line (it died in 1963) or a sportswriter (unfortunately, a dying breed).

Only one person is missing, and that's the man who, as news director of 1010 WINS in New York, made a leap of fate when handed my demo cassette as I was being RIFed at WMAQ in 1983 with three words of advice from one of his senior reporters: hire this guy (and then had me break in with an anchor who had turned me down for a job as a news director in Louisville two years earlier). The missing guy, of course, is Scott Herman, and I owe 35 years of my career to him. Scotty, thank you from the bottom of my heart. I hope I justified your decision to make me a reporter (dream job) as well as a repeat...er, anchor time and again.

Catch me while you can on WBBM; my last day is April 16. But keep listening to your radios. You never know when or where I may pop up after that. Odds are that my outcue will be from South Carolina, where my beautiful school librarian wife awaits me impatiently. That's a good thing.

Finally, while I may have CBS running through my veins, I don't dare quote Murrow. I am not worthy. Instead, in the words of the immortal Ted Baxter, "Good night, and good news." It's truly been a great ride.