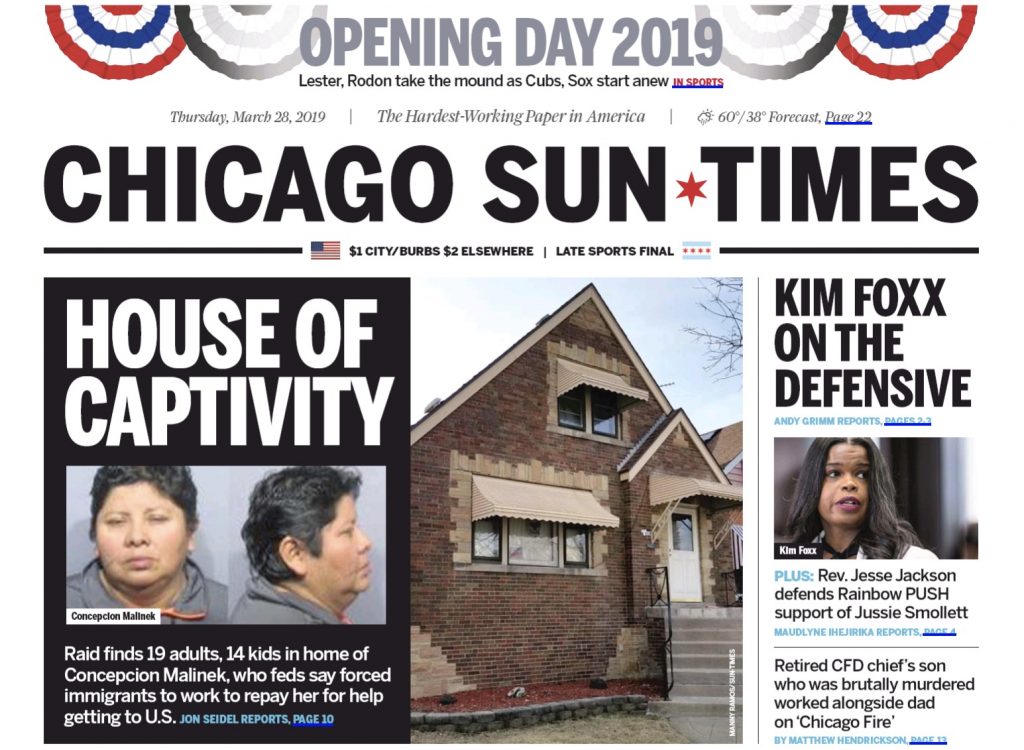 With an infusion of new capital from prominent Chicago investors Michael Sacks and Rocky Wirtz, the Chicago Sun-Times is getting a change of control at the top — and what may be a new lease on life.

The deal announced today will shift control of the company from a consortium of organized labor groups to Sacks, Wirtz and Jorge Ramirez, who continues as board chairman. A majority of seats on the board will be held by the new entity, Sun-Times Investment Holdings LLC. The announcement did not disclose financial details.

Sacks is CEO of Grosvenor Capital Management and a longtime adviser and confidant to Mayor Rahm Emanuel. Wirtz is president of Wirtz Corp. and principal owner and chairman of the Chicago Blackhawks. Chicago magazine ranked Wirtz No. 7 and Sacks No. 10 on its most recent list of the 50 most powerful people in the city.

Ramirez, former president of the Chicago Federation of Labor, works for Sacks as a managing director of his GCM Grosvenor investment and advisory firm.

“We are pleased to welcome Michael Sacks and Rocky Wirtz," Ramirez said in a statement. “It is nice to bring representatives of the business community into the ownership group as we strengthen Sun-Times Media and drive the business forward.”

Sacks and Wirtz previously were among investors in Wrapports Holdings LLC, which sold the Sun-Times to the current ownership group in 2017.

“The Sun-Times is an important civic asset that has been on a roll,” Sacks said in a statement. “I am pleased to again be an investor.”

Wirtz said in a statement: “I believe now, more than ever, we need multiple viewpoints with respect to local coverage, and the Sun-Times plays a key role in that space. I was honored to be asked – and eager to be a part of it.”

Chris Fusco, editor-in-chief of the Sun-Times, said: “It’s been gratifying to see readers’ positive response to our efforts. Our journalism is resonating locally and drawing national attention. With support from Jorge, Michael and Rocky we will continue to focus on providing robust and independent news, cultural, business and sports coverage throughout the Chicago region.”