The Chicago Sun-Times is doubling down on sports coverage to fortify its increasingly flimsy Saturday edition. In hopes of boosting weekend readership, a new “Sports Saturday” section will wrap around the regular paper. Starting April 6, the all-sports product will feature in-depth cover stories, expanded sports news and columns, bolder graphics and photos, and other elements designed to “celebrate the teams, players, coaches, rivalries and games that define our city.” “The Sun-Times has always been Chicago’s progressive, independent voice,” editor-in-chief Chris Fusco said in a statement. “Sports Saturday is certainly a bold move, but one that we believe is right for our readers — and our city.” 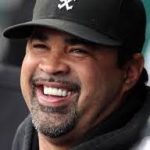 Ozzie Guillen, former White Sox manager, is expanding his role this season with NBC Sports Chicago. While continuing as an analyst for the lead-in program “Baseball Night in Chicago,” he's adding duties as a game-day studio analyst on the network's pregame and postgame White Sox broadcasts. “I’m extremely excited to be joining the team at NBC Sports Chicago,” Guillen said in a statement. “Their dedication to providing the best sports coverage to the greatest fans in the world is unmatched. I consider myself very lucky to have the opportunity to contribute to their wonderful team. Chicago will always be my home, there is no better sports town in the world and I can’t wait to get started.” Guillen also continues to appear at 7 a.m. Thursdays on Entercom sports/talk WSCR 670-AM. 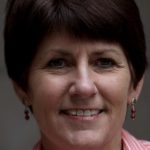 Marie Dillon, who accepted a buyout as deputy editorial page editor of the Chicago Tribune, has been hired by the Better Government Association as director of policy. She succeeds Madeleine Doubek, who left to become executive director of Change Illinois. "Marie is known as a collaborative colleague, an effective recruiter and mentor, and someone who abides by the highest standards of journalism and advocacy," said David Greising, president and CEO of the government watchdog. "She has a broad-minded view of the importance of transparent, efficient and accountable government, and has what it takes to help expand the BGA’s impact as an effective and influential leader on behalf of good government in Illinois." Dillon started on the Tribune metro desk in 1999 after stints at the Sun-Sentinel of South Florida, Miami Herald, Palm Beach Post and Dayton Daily News. 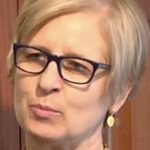 Ann Marie Lipinski, the former Chicago Tribune editor who now oversees Harvard University’s Nieman Foundation for Journalism, has been honored with the naming of the Lipinski Journalism Fund at The Michigan Daily. The scholarship fund at the University of Michigan student-run newspaper was a gift of John Madigan, retired chairman and CEO of Tribune Co., and his wife, Holly Madigan. Both John Madigan and Lipinski are University of Michigan alumni. “I was really taken aback,” Lipinski said in a statement. “It’s extremely generous to support something so important, and then to find out that he wanted to attach my name to it . . . I’m so humbled and grateful to him for his generosity.” 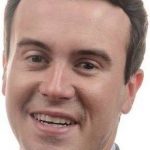 New to CBS-owned WBBM-Channel 2 as a per diem multiplatform journalist is Tim McNicholas. The South Side native and graduate of St. Ambrose University in Iowa most recently was a reporter for WISH, the CW affiliate in Indianapolis. He previously worked for stations in Toledo, Ohio; and Hastings, Nebraska. "Tim will carve some new territory for us and work as a solo journalist as his primary role on a daily basis," said Jeff Harris, news director of CBS 2. 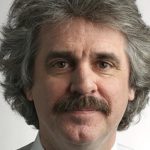 Recommended reading: Chicago magazine this week posted "20 Very Bad Chicago Media Gaffes" — a roundup of the 20 most ridiculous moments in Chicago media history. It's the work of Mark Jacob, former metro editor at the Chicago Tribune and former Sunday editor at the Sun-Times. Longtime readers of this column will recognize many of the bizarre and embarrassing incidents Jacob recounts, including those involving Jerry Springer, Giselle Fernandez, Geraldo Rivera, Steve Dahl, Walter Jacobson and Steve Harvey. Not to mention the most famous gaffe of all — the immortal Tribune headline "Dewey Defeats Truman."

Thursday’s comment of the day: Darren Vahtra: Love that everyone trashes [Dan] Bernstein like he hasn't been on the radio for 25 years. Guy's an absolute pro and really is a champion for the little guy. His work on Penn State was absolutely exemplary, and in general he challenges me to learn and grow as a listener. I for one appreciate that. He's also changed. He doesn't berate callers the way he used to, but he still brings intelligence to the airwaves. All that being said, Laurence Holmes deserved a better slot. He's the goods. He's so good he almost made Dan Hampton listenable. Sorry to lose an hour of Bernsy but happy to have another strong voice in middays. Mac [Dan McNeil] and [Danny] Parkins are hit or miss. I'm sure Mac doesn't mind shaving an hour.