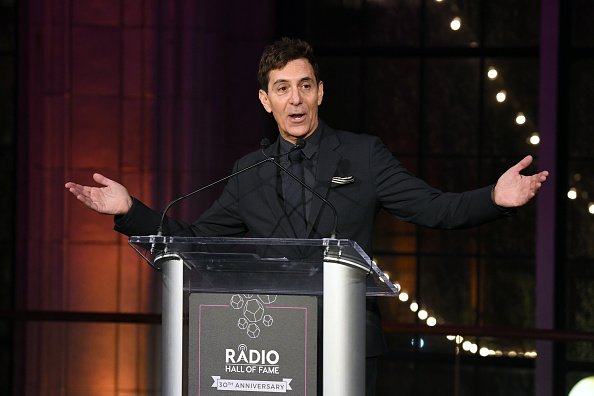 An afternoon snowstorm in New York Thursday delayed the start of the 30th annual National Radio Hall of Fame ceremonies — including the induction of Chicago legend Jonathon Brandmeier and 10 others. Jimmy deCastro, senior vice president and market manager of Entercom Chicago (and the man who brought Brandmeier to The Loop in 1983), said in his introduction: "If this was Chicago, the snow would've been plowed, we'd all be in the bar and this would've been over two hours ago!" Said Johnny B.: "Our hotel is six blocks from here, we're in the car for two hours and my wife of 37 years says, 'Let's make a run for it' — and we did! That's a queen!" Among other Chicagoans on hand was Museum of Broadcast Communications founder Bruce DuMont, who reported that Brandmeier "brought the highest energy level to his acceptance speech [and] referenced advice given to him early in his career by his mother: 'Be funny, Johnny.'" Also inducted were syndicated hosts Nanci “The Fabulous Sports Babe” Donnellan (in absentia), the duo of Mike Golic & Mike Greenberg, Kid Kelly, Mark Levin and Dr. Laura Schlesinger; local hosts Mike Francesa, Joan Hamburg and Jim Kerr; and consultant Fred Jacobs. 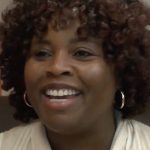 Tracy Brown, deputy managing editor of the Atlanta Journal-Constitution, this week was named managing editor of Chicago Public Media WBEZ 91.5-FM, Starting January 14, she’ll lead the public radio station’s rapidly expanding, multi-platform newsroom. Before joining the Journal-Constitution in 2007, Brown was an editor at the Dallas Morning News. Calling Brown “an outstanding journalist and newsroom leader,” Steve Edwards, vice president and chief content officer of WBEZ, said in a statement: “We’re investing heavily in local journalism and Tracy’s the ideal person to lead our growing newsroom as we aspire to become Chicago’s premier news organization. . . . She brings an impressive range of talents and experiences to our team, including keen editorial judgement, inspiring leadership ability, and a deep knowledge of digital news gathering in large metro areas.” WBEZ has been without a managing editor since Sally Eisele resigned in 2014 (although the station is calling this a newly created position). 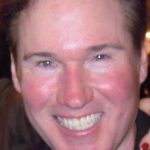 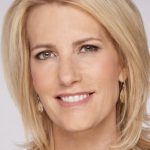 Laura Ingraham's syndicated radio show airs in the Chicago area on Alpha Media news/talk WJOL 1340-AM in Joliet and Vazquez Development news/talk WJOB 1230-AM in Hammond, Indiana. But not for much longer. Ingraham announced she's ending her daily, three-hour show and launching a podcast for PodcastOne in January. She'll continue as a Fox News host at night. “While hosting a primetime television show and raising three children on my own, continuing a three-hour morning radio show was no longer feasible,” Ingraham said in a statement. “Although I will greatly miss my radio listeners and affiliates, working late nights and early mornings has taken a toll on my family life."

Thursday's comment of the day: Bernie Cicirello: I hope Rahm [Emanuel] has a blast punditing, regardless of his record as mayor. We haven't had a lot of mayors who can string enough words together into intelligible sentences.