The Chicago Reader, the city’s leading alternative weekly for 47 years, has been sold to a group led by Dorothy Leavell, publisher of the African-American Chicago Crusader.

The news, first leaked at the annual conference of Rainbow PUSH Friday, was later confirmed by the parent company of the Sun-Times, which has owned the Reader since 2012. The deal is expected to close in the next 30 days, with the Sun-Times retaining a 15 percent interest in the publication. 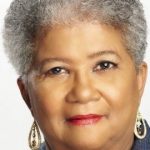 “We love the Reader and have worked hard to be sure it has a foundation for the future,” Sun-Times CEO Edwin Eisendrath said in a statement. “All of us at the Sun-Times are thrilled that the Reader’s future is in such good hands.”

Claiming a circulation of 85,000, the free weekly has been losing money for years. Staff reductions and budget cuts led editorial employees to vote unanimously to join the Chicago Newspaper Guild in 2015. After nearly two years of negotiations, a strike threat and a change of ownership, staffers ratified their first union contract in 2017.

Eisendrath stumbled earlier this year when he hired Mark Konkol as executive editor of the Reader, only to fire him two weeks later after the first issue Konkol oversaw ignited a racial and political controversy. Since February, Dave Newbart, former senior editor at DNAinfo Chicago, has been serving as interim executive editor.

Unloading the Reader may not do much to improve the bottom line of the Sun-Times, which Eisendrath declared has only a "60 percent" chance of survival in the next two years.

It’s not clear what plans Leavell has for the Reader. Sources said her investors include Chicago businessman Elzie Higginbottom, who’s also part of Eisendrath’s investment group in Sun-Times Media.

"The Reader is a beloved Chicago institution with an important history of investigative journalism and cultural reporting,” Leavell said in a statement. “Our goal as new ownership is to preserve and strengthen this brand and to make the paper accessible to all Chicago communities."