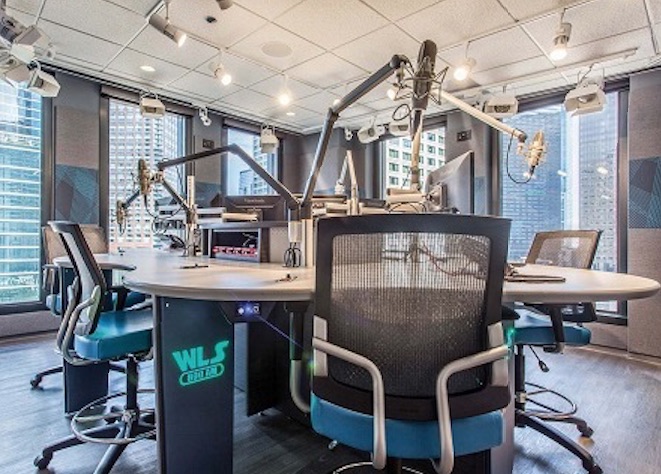 Cumulus Media, parent company of three Chicago radio stations, has found a way out of bankruptcy.

The nation’s second largest radio operator announced Tuesday that its financial restructuring plan has been approved by U.S. Bankruptcy Court in New York, a move that will allow Cumulus to erase more than $1 billion in debt and emerge from Chapter 11 reorganization before the end of the quarter.

“This is very good news for all of us in Chicago who had to deal with a few extra issues during this reorganization,” said Marv Nyren, vice president and market manager of Cumulus Chicago.

Cumulus forfeited its deal to acquire The Loop, which it had been operating through a local marketing agreement with Merlin Media. In March, Merlin sold the station to Educational Media Foundation, a noncommercial Christian broadcasting company, effectively ending The Loop’s 41-year run as an iconic Chicago radio brand.

In addition to WLS 890-AM, Cumulus owns classic hits WLS 94.7-FM. It also has an agreement to buy alternative rock WKQX 101.1-FM from Merlin for $18 million.

By reducing the company’s debt by more than $1 billion, Cumulus “will have greater financial flexibility with which to support its ongoing business transformation,” according to an announcement Tuesday.

“The court’s approval of our plan allows us to complete the balance sheet restructuring that is critical to the success of our turnaround strategy,” Mary Berner, president and CEO of Cumulus, said in a statement. “With a firmer financial foundation in place, we look forward to continuing to implement the business initiatives that have already taken this company so far.”

Tuesday’s comment of the day: Wylma Harmon: Why is it if a media outlet or newspaper happens to be liberal that conservatives figure that's the end of that particular media? Do they believe that only they know the truth? I like to read both sides and then form my own opinion. I do not like anybody to form my opinion for me. We need media on both sides to make it balanced.