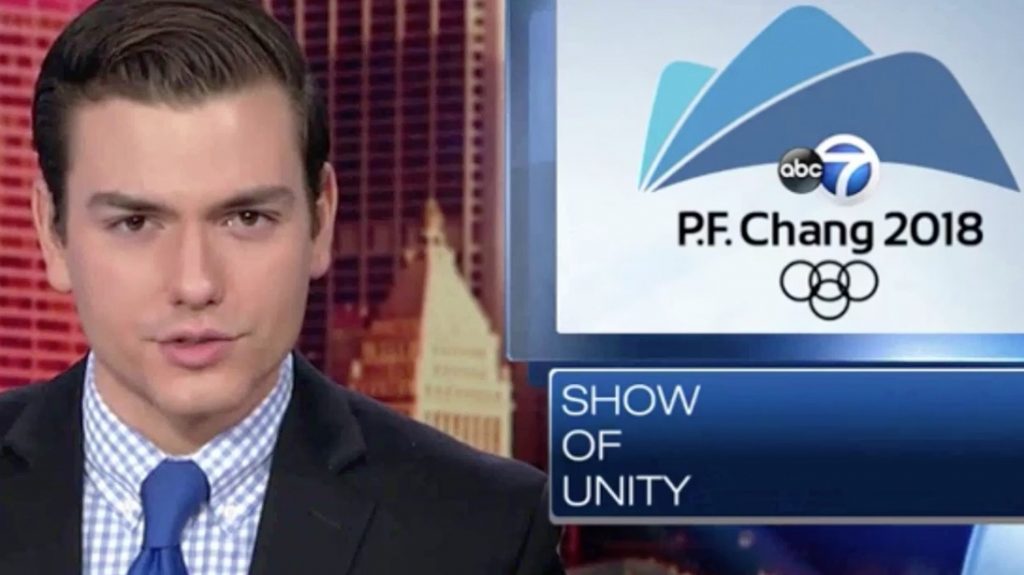 An embarrassing blunder for WLS-Channel 7 has turned into a golden marketing opportunity for P.F. Chang’s. It began Saturday when the ABC-owned station mistakenly ran a graphic over news anchor Mark Rivera’s shoulder that referred to the Olympics in PyeongChang as “P.F Chang 2018.” The graphic had been designed for a satirical piece by sports anchor Mark Giangreco that aired the night before. Now the restaurant chain has seized on the snafu by offering free PyeongChang Lettuce Wraps with any entree purchase Thursday. (Here’s the link to the required barcode.) “If you haven’t heard, there was a graphics mix up at a Chicago TV station that alluded to P.F. Chang’s as hosts of a certain winter sporting event,” the company said on its website. “Though it’s not true, we thought it would be appropriate to give the people what they want.” 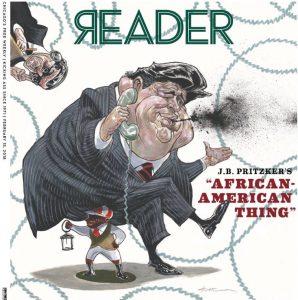 The Mark Konkol Era at the Chicago Reader officially begins with this week’s edition. Bearing artist Greg Houston’s provocative cover illustration of J.B. Pritzker, the billionaire gubernatorial candidate, it includes related pieces by Sun-Times columnist Neil Steinberg, Reader newcomer Adeshina Emmanuel and Konkol himself. “An American conversation about racism — whether it’s the overt bigotry of a Nazi running for Congress on the southwest side or the coded language that got Pritzker jammed up on that wiretap — should be uncomfortable,” writes Konkol, newly named executive editor of the alternative weekly. “Hell, it should hurt, like a punch in the gut. That’s what today’s issue, my debut with the Reader, is all about.”

Tonight marks the final polka for “Poland in Music and Song” after an incredible 84-year run on Chicago radio. Recognized by Guinness World Records as the longest continuously airing program in the world, the 15-minute Polish-language show debuted on Valentine’s Day 1934 on the former WSBC. In 1989 it moved to WCEV AM 1450, where it’s aired at 8 p.m. Tuesdays and Thursday. Since the death of founder Adam Gzegorzewski in 2004, it’s been hosted and produced by his wife, Maria Grzegorzeswki. Now in her 90s, she’s retiring, according to Lucyna Migala, program director of the time-brokered ethnic and foreign language station. 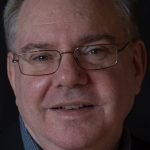 Leave it George Castle, the Chicago sports writer and historian, to put the Chicago White Sox move to WGN AM 720 this week in perspective. In a post for Chicago Baseball Museum, Castle writes that the White Sox are part of WGN’s “ancient history,” noting: “The station carried games in Bob Elson’s prime from 1927 to 1943, when commitments to the Mutual Broadcasting System’s afternoon bloc of children’s programs prompted WGN to drop play-by-play.” Castle will be toasted February 22 at Osteria Via Stato on the release of his 15th book, Champions: 15 Inspiring Comeback Stories from Sports and Life. It recounts the true stories of famous sports figures who overcame great challenges. (Here’s the link for tickets.) 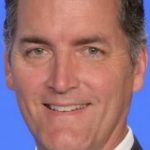 Joe Donlon, just hired for the top news anchor job at WGN-Channel 9, posted a sweet personal message to friends in Portland, Oregon, where he’s anchored for NBC affiliate KGW since 1997. “I have never had stars in my eyes,” Donlon wrote on Facebook. “I didn’t think I had to make it to a certain market or the network to feel like my career had been a success. And I wouldn’t change a thing. But I recently got a call from a legendary TV station I grew up watching, in one of the greatest cities in the world. . . . I wish I could take a fraction of the capital I have built in Portland with me. That’s not how it works. I will have to start over, and prove myself every day in a city that doesn’t know me. But I am beyond excited about what’s ahead. I can’t begin to tell you how honored and humbled I am to join such an incredibly talented team. It is truly one of the best TV news jobs in the country. The magnitude of this hire is not lost on me.” (Here’s the link to the post.)

Wednesday’s best comment: Ron Smith: I imagine by next year Ed Farmer will be on the WGN Walk Of Fame.