Jennifer Schulze, a former Chicago television news director and producer, has been hired to develop new video content for the Sun-Times, the company announced today.

Schulze is married to Edwin Eisendrath, CEO of Sun-Times Media and leader of the investor group that bought the financially ailing newspaper in July. Her hiring, effective immediately, was approved by the company’s board. 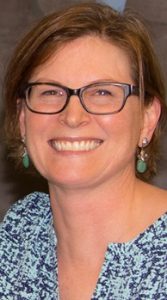 As executive producer - new media, Schulze will report to Carol Fowler, senior vice president of digital news products. The two first worked together at ABC-owned WLS-Channel 7 in the 1980s and again at Tribune Broadcasting WGN-Channel 9 in the ’90s. During Schulze’s tenure as news director of WGN from 1993 to 1996, Fowler served as managing editor. Fowler later became news director of WGN, CBS-owned WBBM-Channel 2 and Fox-owned WFLD-Channel 32. Schulze most recently was a consultant.

“Jennifer will drive new content development both in our studio space and out in the field,” Fowler told staff in announcing the appointment. “Her extensive media producing and management expertise (ABC 7, NBC 5, WGN 9) makes her ideally suited to develop new content with advertiser and audience appeal.”

Acknowledging Schulze’s connection to Eisendrath, Fowler said: “After completing an extensive search, I concluded Jennifer’s talent as a producer, manager and entrepreneur was unmatched, and Jennifer was hired at my request. Like other members of the audience team, Jennifer will, of course, report directly to me.”

Eisendrath said he understood Schulze’s hiring might raise questions, but emphasized that it was Fowler’s decision — with the approval of the board. “I have complete confidence in Carol,” he said. “I was not part of the process, but I’m happy [Schulze] is doing the job. She is enormously talented.” 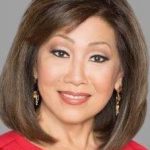 Schulze’s first project is “Food We Love with Linda Yu,” a weekly food series starting in March on Sun-Times digital platforms. The former Chicago news anchor will interview people about recipes that are central to their heritage or their family. Yu, who retired in November 2016 after 32 years at ABC 7, is part of the Eisendrath investor group that owns the company.

“It is a food show, but it marries Linda’s warmth and her journalistic ability to talk to anybody with sharing a recipe,” Fowler said. “She’s so committed to this. She wants to do other things for us.”

Among other projects in the works is “The Zebra Sisters,” a weekly podcast about race relations, hosted by Sun-Times columnist Mary Mitchell and former reporter Leslie Baldacci. Another weekly podcast, “On the Beat,” follows the Chicago Blackhawks with reporter Mark Lazerus of the Sun-Times and Tracey Myers of NHL.com.

“We’re putting the full weight of the Sun-Times behind the podcasts,” Fowler said. “We’ve got really big plans. And I need someone that I know understands the business, is experienced at leading teams, experienced at innovating brand new products and concepts. Jennifer is the right person for this job. I realize the optics of it, but we’ve got to go with what’s best for our business. I don’t think anybody can question her resume. I’m fully confident she can navigate it.”

Here is the text of Fowler’s email to staff:

We continue to make progress building our audience team, and the early results are all positive. All of our user metrics are up month over month.  Our strategy of augmenting the remarkable work of Sun-Times reporters with multimedia journalists, smart social media outreach, personalized newsletters and bespoke content is helping us punch above our weight.

Today we welcome more terrific people to help us realize our goal of telling stories that matter to the working women and men of Chicago.

Multimedia journalist Maria de la Guardia has traveled the world since 2009, working as a photographer, videographer and writer. She specializes in women's issues, breaking news and humanitarian coverage, which has led her to Yemen, Afghanistan, Iraq, Kenya, Bangladesh, Jordan and many other corners of the world. She's moving to Chicago from Panama, her most recent assignment. Maria discovered a career in storytelling after earning an MA in architecture from the University of Westminster in London. Maria will focus on developing multimedia content surrounding Chicago’s people and issues. Maria's first day as 'Multimedia Journalist - News' will be February 19.

Anne Costabile is a Chicago-area native, who has been shooting, writing, editing and reporting on sports since her days at the Comcast Network beginning in 2014. Last year, she became High School Preps and Recruiting Editor at the Clarion-Ledger in Jackson, Miss., where she created a popular weekly video feature on high school sports called GameWeek. Anne's byline has also appeared in RedEye Chicago and FanSided. She majored in journalism at the University of Iowa, with a minor in sports studies. Anne will work alongside our sports reporters - as well as independently - to generate multimedia interviews and storytelling. Anne's first day as 'Multimedia Journalist - Sports' will be March 5.

Jennifer Schulze begins this week as 'Executive Producer - New Media.' Jennifer will drive new content development both in our studio space and out in the field. Her extensive media producing and management expertise (ABC 7, NBC 5, WGN 9) makes her ideally suited to develop new content with advertiser and audience appeal. Jennifer led the team that created the #1-rated "WGN Morning News" and co-developed the Tom Skilling weather page and "Ask Tom" segment with the Chicago Tribune. Jennifer also worked with ABC7's Linda Yu as her field producer and the two are reuniting for the Sun-Times launch of the cooking show 'Food We Love with Linda Yu' planned for mid-March.

As you may know, Jennifer's husband is our CEO, Edwin. After completing an extensive search, I concluded Jennifer’s talent as a producer, manager and entrepreneur was unmatched, and Jennifer was hired at my request. Like other members of the audience team, Jennifer will, of course, report directly to me.

Finally - join me in thanking a colleague for being a true pleasure to work with.

In two weeks, Dan Cahill is leaving us for an exciting opportunity at Boeing. Dan has accepted a position at Boeing as web editor, and we wish him only the best.

As a digital content producer working on sports, Dan helped elevate the reach and engagement of our sports content in social media and created a daily round-up called 'The 2-Minute Drill.' We're hoping, Dan, that Boeing will allow you to leave that behind 🙂

Monday’s best comment: Bruce Glickman: With all their news personnel WGN couldn't tap one of their own? Nothing says "Chicago's Very Own" like someone from Portland, OR.