Struggling to emerge from bankruptcy, Cumulus Media announced plans Thursday to drop its money-losing multiyear contracts to broadcast White Sox baseball and Bulls basketball on news/talk WLS AM 890. The company also moved to cancel its deal with Merlin Media to acquire alternative rock WKQX FM 101.1 and classic rock WLUP FM 97.9. Cumulus has been operating the two stations since 2014 under a local marketing agreement. "As part of our operational turnaround, we have been focused on taking proactive steps to address unprofitable areas of our business,” Mary Berner, president and chief executive officer of Cumulus Media, said in a statement. “We are taking this action because the economic terms of these legacy contracts guarantee that we lose money and, as such, continuing them in their current form is not in Cumulus's best interests.” U.S. Bankruptcy Court is scheduled to rule February 1 on the company's plan to reject the contracts. It’s not known where the White Sox and Bulls will go or who will operate 101 WKQX and The Loop after Cumulus. 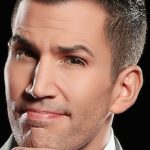 I’d bet anything Bozo the Clown will show up for the premiere of Pat Tomasulo’s weekly late-night comedy show. Starting this weekend, "Man of the People with Pat Tomasulo" will air from 10 to 10:30 p.m. Saturdays on Tribune Broadcasting WGN-Channel 9. Billed as a mix of wry observations, news of the day and comedy bits, it’s the first weekly show with a live studio audience at WGN since Bozo left the building in 2001. Tomasulo, a stand-up comedian, continues during the week as WGN Morning News sports anchor.

It’s been 40 years since the Sun-Times teamed up with the Better Government Association to open a tavern at 731 North Wells Street and chronicle the graft and corruption that walked in the door. They called it “The Mirage.” To commemorate the landmark 25-part investigative series, the Sun-Times will reunite the three journalists who broke the story — Pam Zekman, Zay Smith and Bill Recktenwald — for a special event Thursday from 7 to 9 p.m. at the site of the Mirage, now the Brehon Pub. Sun-Times editor-in-chief Chris Fusco will moderate "The Mirage Tavern: 40 years later, the story behind the story,” including an audience question-and-answer session. For ticket information see: suntimes.com/mirageevent. 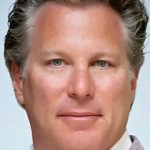 Tronc confirmed Thursday that it is investigating sexual harassment allegations against Ross Levinsohn, who was hired in August as CEO and publisher of the Los Angeles Times. The announcement followed a report by NPR that Levinsohn was a defendant in two sexual harassment lawsuits and that “his conduct in work settings over the past two decades has been called into question repeatedly by female colleagues.” The newspaper’s Chicago-based parent company said in a statement: “At tronc, we expect all employees to act in a way that supports a culture of diversity and inclusion. We will take appropriate action to address any behavior that falls short of these expectations." Ben Bradley, the WGN news anchor, is used to hearing about Ben Bradlee, legendary editor of the Washington Post. But now the Chicago broadcast journalist is being confused with another Ben Bradley, a British member of parliament who once advocated vasectomies for poor people. Our Ben Bradley has been inundated this week with angry messages mistakenly directed to him on social media. But he’s taking it all in good humor. Tweeted “Chicago’s Very Own”: “Here’s what I’ve learned about the people of Great Britain: 1) They are passionate about politics; 2) They have dozens of witty words with which to insult people; 3) Their spelling is far superior to internet trolls here in America.”

Thursday’s best comment: Larry Marion: Talk about a company man. This guy [Jim Kirk] is passed around more than red pepper at a pizza eating contest. He must obviously be very good at his job. Best of luck to him.