It’s only the middle of January, but courtesy of President Donald Trump, we already may know the word of the year: “Shithole,” of course. A Chicago area publisher has secured the online domain WeAreAllShitholers.com and released a line of merchandise bearing the logo he designed featuring the Statue of Liberty. (ImAShitholer.com was already taken.) “Ultimately, I'd like to create a website that highlights the contributions of immigrants from those so-called shithole countries,” said David Stern, co-founder and publisher of Eckhartz Press. “Until then, all profits from any merchandise sold on WeAreAllShitholers.com [T-shirts, sweatshirts, mugs, tote bags, etc.] will be donated to charities that improve the lives of people in those areas.” Added Stern: “My parents emigrated from Berlin in 1949. I imagine there wasn't a bigger ‘shithole’ on Earth back then.” 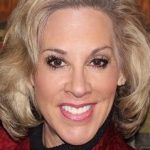 WGN AM 720 is dropping its Sunday afternoon sports talk show and shifting it to the Tribune Broadcasting news/talk station’s live-streaming and podcast platform. “The Beat,” previously heard from 3 to 6 p.m. Sundays, will morph into “Sports Central” from 1 to 2 p.m. weekdays on WGN Plus, featuring Adam Hoge, Jarrett Payton, Dave Eanet, Mark Carman, Kevin Powell, Sam Panayotovich and others. New to WGN’s lineup will be “The Karen Conti Show,” hosted by the Chicago attorney from 7 to 9 p.m. Sundays, starting this weekend. Conti’s show will focus on the law as it relates to topical news and expand into discussions on her love for travel and all things Chicago. "Now more than ever, Karen provides a critical voice for women in business and entertainment,” said Todd Manley, station manager and vice president of content and programming at WGN. Brian Noonan’s show will expand to four hours and air from 3 to 7 p.m. Sundays. 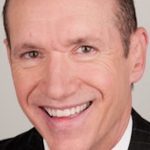 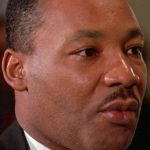 “The Jam,” the weekday morning news and entertainment show on Weigel Broadcasting WCIU-Channel 26, will devote a full hour today to the legacy of Dr. Martin Luther King Jr. Discussing King’s life’s work and achievements will be the Rev. Jesse Jackson, social activist and rapper Che “Rhymefest” Smith, and host and author Garrard McClendon, among other guests. “The Jam” airs from 6 to 8 a.m. weekdays, hosted by Jordan Cornette, Felicia Lawrence and Danielle Robay. 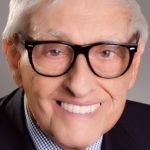 A public memorial service for Milt Rosenberg will be held at 3 p.m. Friday in the Joseph Bond Chapel at The University of Chicago. A reception will follow the service at the Quadrangle Club at 1155 East 57th Street. A University of Chicago psychology professor and National Endowment for the Humanities medalist, Rosenberg hosted the nightly “Extension 720” talk show on WGN for 39 years until 2012. He died January 9 of pneumonia and its complications at 92. 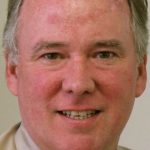 Sorry to report the passing of Kyle Leonard, former managing editor of TribLocal, the Chicago Tribune's hyperlocal web site and weekly newspaper. Before that he was managing editor, assistant bureau chief and niche publishing manager for Pioneer Press newspapers. Leonard, who lived in Hawthorn Woods, died of cancer Friday at 55. He most recently worked as social media specialist for HR Green, a civil engineering firm. A graduate of New Trier High School and Western Michigan University, he was the fifth of six sons of the late WGN personality Roy Leonard. Services will be Thursday at Burnett-Dane Funeral Home in Libertyville.

Friday’s best comment: Tim Garrity: I really like Larry [Mowry] as he has a smooth delivery and very competent. Great new role for him, but I’m sure this has been in the works for a while. You don’t leave the DFW market as chief weather guy just to do fill-ins in Chicago. I’ll miss Jerry [Taft] — as his coughing fits, laughing, choking and inability to make his clicker work over the years was kind of endearing.