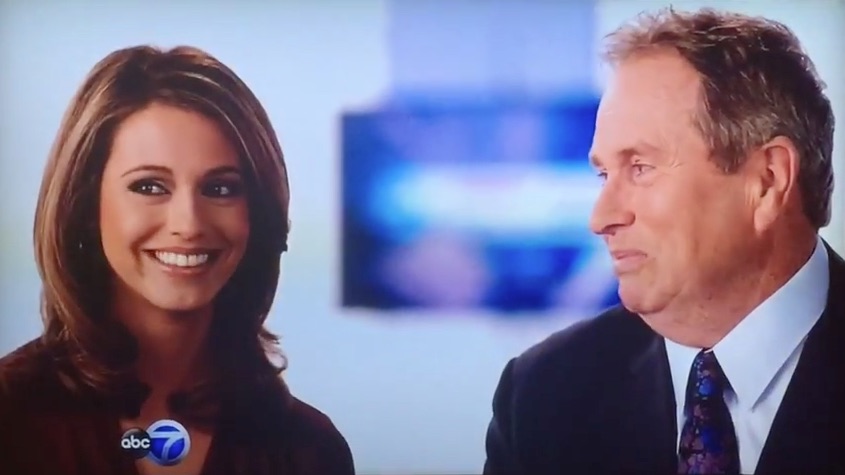 Jerry Taft’s announcement Wednesday that he’s retiring next month as chief meteorologist at ABC-owned WLS-Channel 7 drew an outpouring of comments from readers of this blog and followers of my Facebook page. Here are some highlights:

John Fitch: Hey now, Mr. Feder . . . While I know you’ll go to great lengths to find an excuse to post a picture of the ever-lovely Cheryl Scott in your column, isn’t forcing Jerry Taft into retirement going a bit too far? 🙂

Fred Dreger: I figured his days were numbered when Cheryl Scott came on board. Then when I saw him working on Thanksgiving I knew it would be over soon. Story of life, out with the old, in with the new. . . .

Kathy Brock: An original. Smart, genuine, hilarious and one hell of golfer. You, Alan and I have more than a quarter century of history together. Too many stories to tell. But we're sure gonna try the next four weeks. Love you Jer.

Mark Giangreco: Hey wait, you still owe me money! Love ya, Jer. We had way too many laughs.

Ron Magers: Together we had countless newscasts, golf games, dinners and conversations. It was my pleasure to enjoy them with you. There is life after tv. Quite a good one actually. Enjoy my friend!!

Sherren Leigh: Jerry is the best. Love his laid back style, humor and meteorological knowledge of weather patterns. He gave a dimension to weather reporting that the current cupcake just can’t do - and he never had to suck up his stomach on side shots!

Cheryl Raye-Stout: Jerry was one of the original “Good Morning Guys” on WMAQ Radio in the late 70s early 80s.

Emery Moorehead: A lot lot of young beauties coming up.

Maria Esther Lopez Villagrana: **Sigh** I figured a transition plan was in the works when Cheryl Scott came on board. He has been a staple in Chicago and will be missed especially during weather emergencies. He was always fun to watch. That said, Cheryl is awesome. I love how she always showed him the respect he deserved. I've loved watching her since her NBC days.

Ibrahim Ali: Finally. He was too old. I used to see him out on his smoke break on lake St and I would say hi weatherman and then he would get all annoyed and mad at me lol wtf??

Julie Schalk: You want folks bothering you during your break?