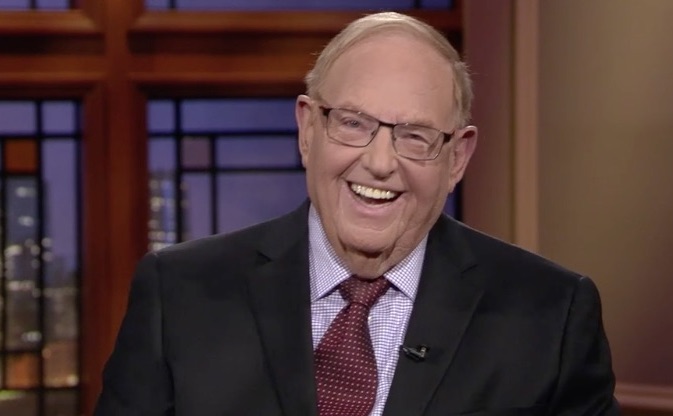 Stop the presses: Joel Weisman, the Chicago journalism icon who’s been synonymous with “Chicago Week in Review” since the show began on WTTW-Channel 11, is voluntarily stepping down after a record-setting 40 years.

Weisman, 75, announced at the end of Friday’s taping that he will retire as host and senior editor of the public television program when it celebrates its 40th anniversary next month. It’s the longest-running series in the station’s history.

A one-hour special January 19 — Weisman’s farewell broadcast — will salute his remarkable run as self-styled “reporter, editor, traffic cop and referee” of the weekly roundtable of journalists. The show, formally titled “Chicago Tonight: The Week in Review,” is a fixture on WTTW's schedule at 7 p.m. Fridays.

“Joel has done a remarkable job, over an unprecedented four decades, of keeping this program consistently relevant, informative and engaging,” Dan Schmidt, president and CEO of parent company Window to the World Communications, said in a statement. “On behalf of all of us at WTTW, I extend our congratulations and thanks.”

In lieu of naming a new permanent host, the show will continue with correspondents from the ranks of “Chicago Tonight” serving as moderator each week.

Weisman said in a statement: “I will be ever grateful for the trust WTTW and its viewers have placed in me each week for 40 years, and it’s gratifying that numerous panelists say their participation gave them visibility, prestige, and a chance to show the public their deep knowledge of Chicago.

“I’ve made many lifelong friends here, and Friday at WTTW was always the highlight of my week. Due to an ever‐increasing number of out‐of‐town family and professional commitments, and after much agonizing, I’ve decided it’s time to pass the baton.”

A Chicago native and graduate of the University of Illinois and Chicago-Kent College of Law, Weisman began his career as a newspaperman, working as a reporter and editor for Chicago's American, the Sun‐Times and The Washington Post, among other publications. He joined WTTW as political editor and commentator for “The Public News Center” in 1974 and launched “Chicago Week in Review” in 1978. For 13 years he also served as commentator and news analyst at Tribune Broadcasting WGN-Channel 9.

(Here is a link to Weisman's 1974 audition on WTTW with John Callaway.)

In 2008 he was inducted in the Silver Circle of the Chicago/Midwest chapter of the National Academy of Television Arts and Sciences.

In addition to his work as a journalist, Weisman maintains a full-time law practice, specializing in media talent representation. Among his clients are meteorologist Tom Skilling, sportscaster Mark Giangreco, and news anchors Allison Rosati, Jim Williams and Steve Sanders.

Here is the text of Weisman’s announcement to viewers:

After 40 years I’ve decided to end my term as host and senior editor of this show I helped create. I’ve been in this chair more than half my life, and it’s been rewarding in too many ways to count, but I’ll try.

No one in journalism has been given the trust and editorial control of a show for that length of time. Our viewers make me feel like I’ve made some contribution to journalism, government and Chicago.

Our once unusual panel discussion approach has now almost become the news norm. But more than me, our hundreds of guests have made significant contributions to the political and civic dialogue. They’ve been able to showcase their eclectic sides, and do it all in an accurate, sometime argumentative and collegial way. We’ve even tried to do it all with a sense of humor . . . news doesn’t have to be life and death 24/7. They make the show and will continue to be here.

You’ll hear more about our 40th anniversary show in the weeks to come. As for me, I’ll continue to work full time as a media lawyer, stay in the political conversation, and be more free to travel to see my far-flung family. It’s been an agonizing decision because this has been an incomparable privilege. Maybe the best job in journalism! Where you actually get to be yourself on television!