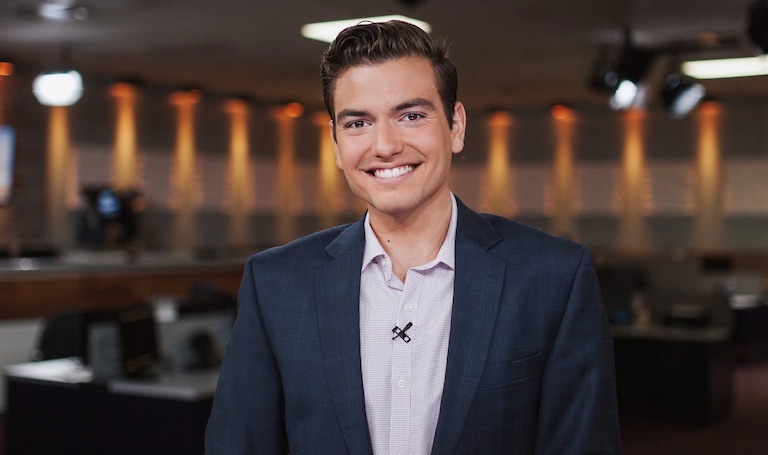 The yearlong job opening for a weekend morning news anchor and reporter at ABC-owned WLS-Channel 7 has finally been filled.

Joining Stacey Baca as ABC 7’s Saturday and Sunday morning news anchor will be Mark Rivera, who grew up in northwest suburban Crystal Lake and most recently worked in Tampa, Florida. He starts December 11.

“Mark is a skilled anchor and a versatile reporter adept at covering everything from big breaking news stories to politics and feature stories,” Jennifer Graves, vice president and news director of ABC 7, said in a statement Tuesday. “He is smart, engaging and enterprising, and I know he’ll have a bright future here in his hometown.”

Rivera replaces Ben Bradley, who left ABC 7 after 14 years in October 2016 to join Tribune Broadcasting WGN-Channel 9 as a weekday news anchor and reporter. Baca has been anchoring weekend mornings with Diane Pathieu and others.

Pathieu will continue as a reporter on the newscasts, with meteorologist Larry Mowry forecasting weather.

Rivera, who was born in Plantation, Florida, graduated from Crystal Lake Central High School and the University of Illinois at Urbana-Champaign. After working at WAND, the NBC affiliate in Decatur, he joined WTSP, the CBS affiliate in Tampa, where he has been weekend morning news anchor and political reporter since 2014.

In 2012, the YouTube video of Rivera's on-air proposal to Alissa Groeninger, then a reporter for the Springfield State Journal-Register, received more than 130,000 views and worldwide attention.

Here is the text of Graves’s memo to staff:

I’m very excited to let you know that we have a new weekend morning anchor! Mark Rivera is coming home to join Stacey Baca on the anchor desk.

Mark is currently weekend news anchor/political reporter at WTSP-TV in Tampa, Florida. He’s covered local and national politics for WTSP for the past three years and helped establish the first weekend morning show at that station. He was on the anchor desk the morning of the Pulse Nightclub shooting in nearby Orlando, and anchored six hours of wall-to-wall coverage. Before moving to the political beat, Mark hit the streets as a general assignment reporter at WTSP and covered a wide variety of stories from hurricanes to human interest. Mark started his career at WAND-TV in Decatur, Illinois, where he was the weekend morning anchor and a general assignment reporter.

As I mentioned earlier, Mark’s roots are in the Chicago area. He grew up in Crystal Lake and graduated from Crystal Lake Central High School. He’s also an Illini, having graduated from the University of Illinois at Urbana-Champaign. Mark’s wife Alissa grew up in the Grayslake/Gurnee area and they both have lots of family members here who are excited about their return.

Mark’s first day at ABC 7 will be December 11. Please join me in welcoming Mark to our Eyewitness News team!