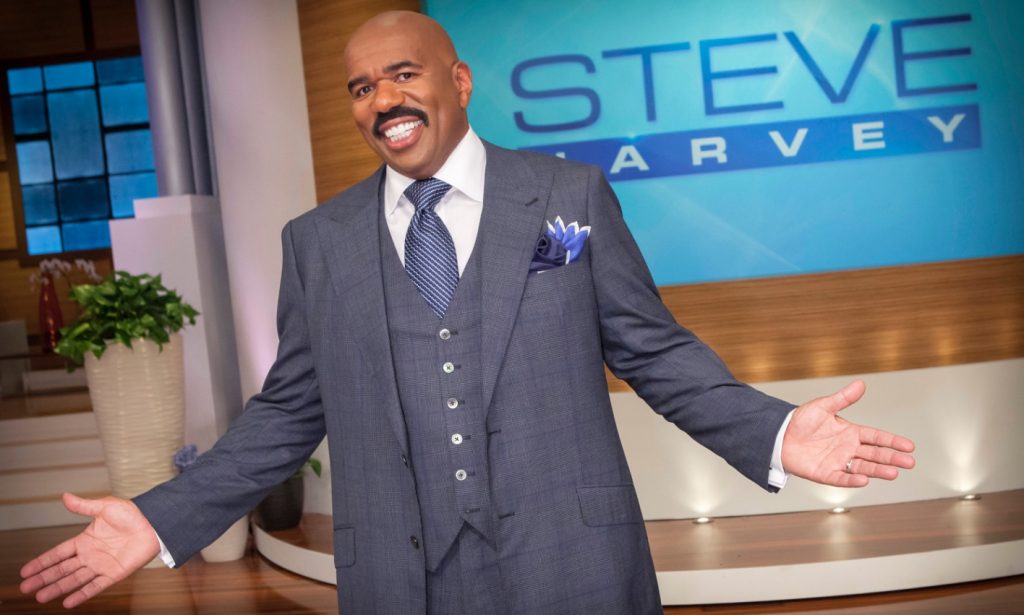 Thursday marks the final day of production for “The Steve Harvey Show” after five years in Chicago. After that, it’s packing up and moving to Los Angeles, where the syndicated talk show will morph into a new daytime series simply called “Steve.”

"As I embark on this new adventure, I'm excited to explore everything Los Angeles has to offer for this new show," Harvey said in a statement. “‘Steve’ is going to be different than my current daytime show. The new location will allow me to welcome more celebrity guests and more importantly let me do what I enjoy doing best, being funny.”

Starting September 5, the new show will air at 2 p.m. weekdays on NBC-owned WMAQ-Channel 5, home to “The Steve Harvey Show” since its debut in 2012.

Ari Emanuel, co-CEO of William Morris Endeavor and brother of Chicago Mayor Rahm Emanuel, is the force behind the new show, which will be produced by IMG (owned by Ari Emanuel’s WME agency) and Harvey. “With his move to the West Coast, viewers can expect more celebrity interviews from Steve in addition to his famed comedic viewpoint on all things pop culture,” according to NBCUniversal.

Most if not all of the estimated 80 employees who worked for Harvey here will be out of work after the show closes down at NBC Tower.

“He didn’t offer interviews to many people who have been with him since beginning, and hurt lots of people who would move on their own to L.A. to be part of the new show,” RadarOnline reported last week. “Steve never even addressed the staff about it. He never said a word about them all losing their jobs.”

But that doesn’t mean they’ll all be sorry to see Harvey go. To say that he has been remote and unapproachable would be an understatement.

Want proof? This week I obtained the following email, which Harvey sent to his staff at the start of the current season:

Good morning, everyone. Welcome back.

I’d like you all to review and adhere to the following notes and rules for Season 5 of my talk show.

There will be no meetings in my dressing room. No stopping by or popping in. NO ONE.

Do not come to my dressing room unless invited.

Do not open my dressing room door. IF YOU OPEN MY DOOR, EXPECT TO BE REMOVED.

My security team will stop everyone from standing at my door who have the intent to see or speak to me.

I want all the ambushing to stop now. That includes TV staff.

You must schedule an appointment.

I have been taken advantage of by my lenient policy in the past. This ends now. NO MORE.

Do not approach me while I’m in the makeup chair unless I ask to speak with you directly. Either knock or use the doorbell.

I am seeking more free time for me throughout the day.

Do not wait in any hallway to speak to me. I hate being ambushed. Please make an appointment.

I promise you I will not entertain you in the hallway, and do not attempt to walk with me.

If you’re reading this, yes, I mean you.

Everyone, do not take offense to the new way of doing business. It is for the good of my personal life and enjoyment.

It’s not known what will replace Harvey's show in the studio it has occupied for the last five years. Two other national shows have made inquiries, sources said, but NBC 5 bosses have not decided on the best use for the space.

“Judge Mathis,” the syndicated reality-based court show, continues to be produced in a separate studio at NBC Tower.