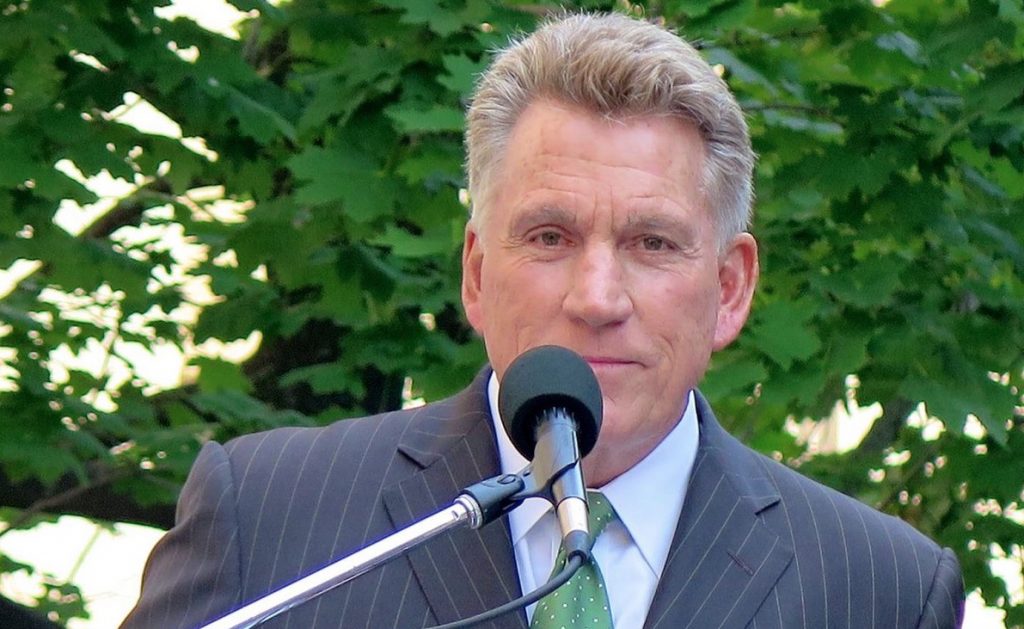 Jimmy deCastro, who stepped down last fall as president and general manager of Tribune Broadcasting news/talk WGN AM 720, is back in business.

The longtime Chicago media executive announced the launch Monday of After The Whistle LLC, a sports marketing company and representation firm. With offices to be located at 414 North Orleans Street, the new enterprise is an offshoot of The Content Factory, deCastro’s national syndication and new media company.

“Let the games begin,” deCastro said in a statement.

After The Whistle will represent college football and basketball coaches as well as “select media personalities,” deCastro said. The firm will specialize in “contract negotiations, branding, creative services, career planning, media training, imaging design, and production analytics to build, amplify and develop clients’ unique brands,” according to its website.

DeCastro also announced the hiring this week of Shanae Paulus as the company’s creative director. Paulus most recently served as creative media manager for WGN and Digital.And Then Some, the station’s in-house creative agency.

Additional hiring and partnerships for After The Whistle will be introduced in the coming weeks, deCastro said.

A larger than life figure in Chicago media for decades, deCastro came to prominence in the 1980s as impresario of WLUP FM 97.9 during its golden age as a radio powerhouse. Under his leadership, he transformed The Loop's parent company, Evergreen Media, into AMFM, Inc., encompassing 465 stations nationwide. In 2000 he cashed out of AMFM (a forerunner of iHeartMedia) and became a consultant to America Online and president of AOL Interactive Services.

As head of The Content Factory, deCastro successfully managed Dan Patrick's transition from ESPN to his own brand across a multitude of media platforms.

In 2013 deCastro returned to local radio to head WGN under his onetime protege at Evergreen Media, Larry Wert, president of broadcast media for Tribune Broadcasting. After after three and a half years, he stepped down in October 2016, saying: “I’ve done everything I can to respect and build on the legacy of this amazing place, and I believe I accomplished everything I set out to do.”