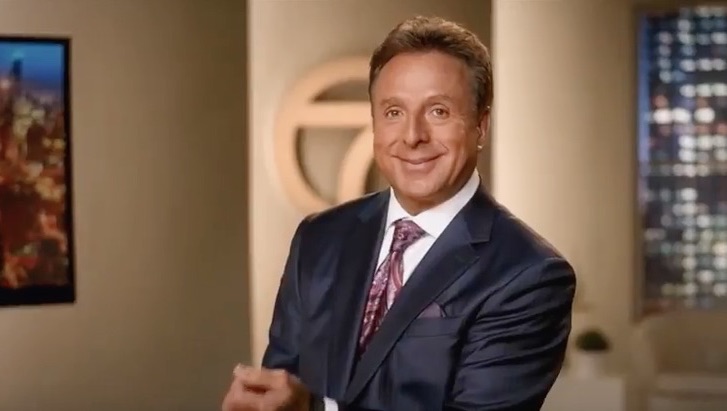 WLS-Channel 7 has slapped sports anchor Mark Giangreco with a multi-week suspension for a tweet in which he called President Donald Trump a “cartoon lunatic” and referred to Trump voters as “simpletons.”

Management of the top-rated ABC-owned station released the following statement Thursday: “Mark Giangreco’s Twitter comments are not in line with ABC 7 Chicago’s non-partisan editorial standards. We’ve reviewed the matter and are taking the appropriate action.”

An ABC 7 spokeswoman would not elaborate on the action. Sources said Giangreco would be suspended without pay for “multiple weeks,” starting Monday.

Reached Thursday, Giangreco declined to comment. His agent, Joel Weisman, did not respond to a request for comment.

The controversy began last Sunday when Giangreco reacted to a tweet by Bruce Arthur, sports columnist for the Toronto Star, who wrote: “Donald Trump: a hateful ignorant corrupt simpleton supported by 87% of Republicans." 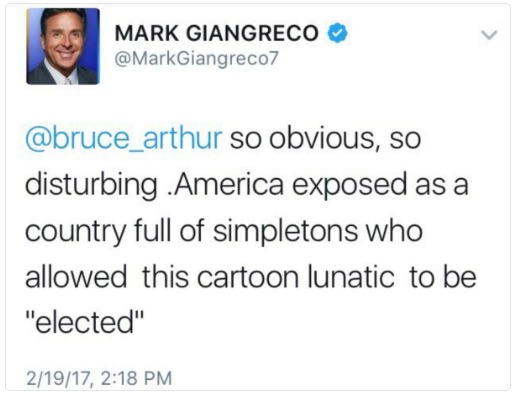 In reply, Giangreco tweeted: “So obvious, so disturbing. America exposed as a country full of simpletons who allowed this cartoon lunatic to be ‘elected.'”

Giangreco later deleted the post, but not before it was picked up by Chicago City Wire, a website associated with conservative talk show host Dan Proft, morning personality on Salem Media news/talk WIND AM 560. (The headline: “ABC 7 Chicago Sports Anchor Giangreco derides America as ‘country full of simpletons,’ questions legitimacy of presidential election.”) The industry website TVSpy also reported on it.

Known as much for his sarcasm as for his sharp suits, Giangreco, 64, has been one of Chicago’s highest paid and most popular sportscasters for 35 years. He joined ABC 7 in 1994 after 12 years at NBC-owned WMAQ-Channel 5.

In 2004, Giangreco was suspended one week without pay for joking about Detroit going up in flames after the Pistons won the NBA Championship. Over a black-and-white movie clip of a city burning, he called it a "typical night for Detroit."

In 2014 he apologized for a airing a graphic over his shoulder that offended some viewers for its allusion to suicide. A photo of Bears quarterback Jay Cutler was captioned: “Cut him or cut your wrists.” Later Giangreco said: “My remarks were inappropriate, and I deeply regret and apologize for this incident.”