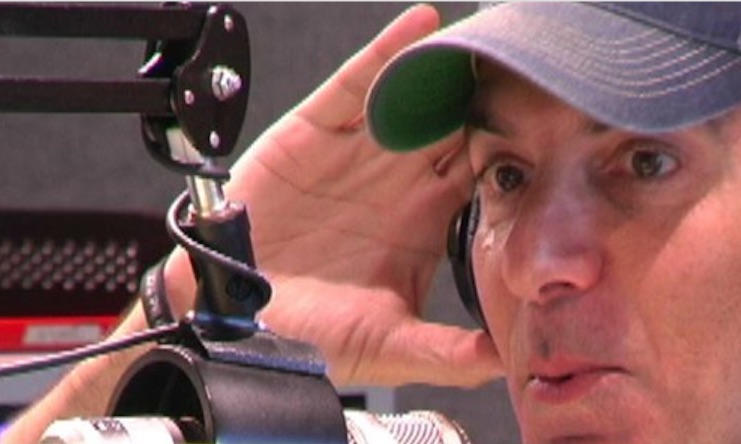 Another one bites the dust for Jonathon Brandmeier.

Monday marked the last original broadcast of “The Jonathon Brandmeier Show” after less than two years of syndication for the Chicago-based radio personality.

“The plug has officially been pulled!” Brandmeier told fans on his Facebook page. “Today was our last live show on the Westwood One Radio Network. . . . Thank you so much for always being the best part of this job for me. And no matter what my father-in-law Angelo says . . . I ain’t dead yet!”

In Chicago, the first two hours of Brandmeier’s three-hour show aired live from 9 to 11 a.m. weekdays on Cumulus Media news/talk WLS AM 890. Since its launch on Westwood One in March 2015, the show originated from WLS studios.

Although WLS officials were aware the end was near, Brandmeier’s announcement Monday apparently caught them by surprise. Peter Bowen, vice president and Chicago market manager of Cumulus Media, declined to comment.

Reruns of Brandmeier’s show are likely to air for the time being. No word yet on plans for a replacement on WLS.

Last October Brandmeier spilled the beans that Westwood One would not renew his syndicated radio deal, which runs through February. “They decided not to renew and I completely agree with that decision,” he said at the time. “I truly believe this is the best move for all involved. It was only a matter of time, and there are no hard feelings.”

On what turned out to be his last show Monday, however, Brandmeier was critical of Westwood One for trying to influence the content of his program.

“They want to go political across the line,” he said of his bosses. “All political. And we certainly handle all of that, but all political. It’s very simple. So each show sounds exactly like the next show. That’s the way radio thinks today.

At another point in the show Monday Brandmeier expressed a clear preference for podcasting over broadcasting, telling listeners: “Do you know that I never see an email where someone says ‘I heard it on the radio’? Because it’s hard to listen to a show like this on the radio. Too many interruptions. It’s the weirdest thing.”