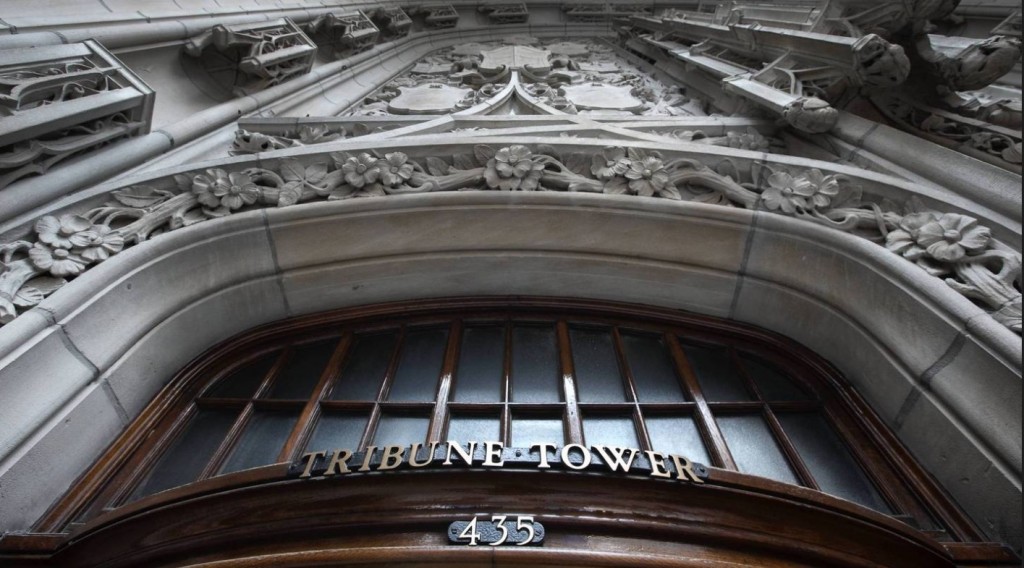 The CEO of Tribune Publishing says Gannett has been “playing games” in pressing its unsolicited $815 million takeover bid.

The CEO of Gannett says Tribune has been inaccurate and disingenuous in its response.

Read their latest exchange of letters and see for yourself.

Here is the text of the letter from Tribune Publishing CEO Justin Dearborn:

On behalf of the Board of Directors of Tribune Publishing Company (the “Company”), I am writing in response to your letter dated April 25 and Gannett Co., Inc.’s decision to make public its unsolicited proposal to acquire all of the outstanding shares of the Company for $12.25 per share in cash (the “Proposal”).

We do not understand why you found our response to your proposal to be inadequate. Our Board, management team and advisors have gone to great lengths to address your proposal and respond to your requests regarding how we can move forward in a productive and constructive manner.

To that end, I would like to highlight a few key facts:

Our entire team was surprised and confused by your decision to cease discussions regarding a reasonable path forward and to adopt the aggressive and hostile approach you have undertaken.

While we disagree with your approach, it in no way changes our commitment to act in the best interest of our shareholders. The Board, together with our advisors, is engaged in a process to review your proposal thoroughly. We will do so expeditiously but in a manner that enables the Board to fully assess your proposal.

Justin C. Dearborn on behalf of the Board of Directors

Here is the text of the letter from Gannett CEO Robert Dickey:

I am writing in response to your letter dated April 25, 2016 with respect to our public announcement of our proposal to acquire all of the outstanding shares of Tribune Publishing Company (“Tribune”) for an all-cash purchase price of $12.25 per share.

From the time of my first contact to Tribune, all we have asked for is a substantive response to our proposal. We are heartened to hear that your board recognizes its fiduciary duties to review our proposal expeditiously and recognizes its obligation to act in the best interests of your shareholders.

It is not constructive to address the inaccuracies in your letter with respect to the events of the past few weeks and we won’t. That said, the suggestion that a meeting had been  scheduled to discuss our offer – when in fact what had been scheduled well before our offer was made was a social dinner at the NAA convention – can’t go without comment. The dinner  would have been attended by a member of the Tribune team who had not been made aware of our offer, so no substantive discussion could have taken place. Given that we had closed the Journal Media Group transaction just days before, Gannett chose instead to host a dinner to welcome its new JMG publishers. Tribune was well aware of Gannett’s reason for cancelling  the dinner, and Mr. Ferro even commented to me that he would have done the same thing if he had been in Gannett’s position.

As we have indicated previously, we are eager to negotiate a transaction with Tribune. We believe that we can provide your shareholders with the best available price, and we expect you would give us a full and fair opportunity to achieve that result. Please let us know when and where you would like to meet.