“An Afternoon with Janet Davies and ABC 7 Reunion"

More than 60 current and former employees of WLS-Channel 7 will assemble at the Museum of Broadcast Communications April 23 to reminisce about their experiences and record an oral history of the ABC-owned station.

Davies, the veteran reporter, host and producer at ABC 7, will emcee the reunion and share video highlights of the station’s storied history. Producing the event with her is Steve Jajkowski, the museum’s television archivist and co-author of Chicago Television. 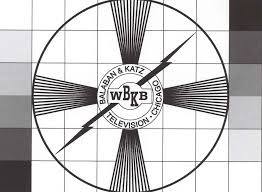 Calling it a first of its kind project in Chicago broadcasting, Davies said the goal is to preserve the oral history of ABC Television in Chicago from 1948 to 1990.

Known from 1948 to 1953 as WENR, and from 1953 to 1968 as WBKB, the station was a principal innovator of the Chicago School of Television, “an improvisational production style that combined small budgets, personable talent, and the creative use of scenery and props,” according to Jajkowski. It later gained fame as the home of Bob Newhart, Alex Dreier, Frank Reynolds, Fahey Flynn & Joel Daly’s “Eyewitness News,” Charlie Rose and Oprah Winfrey, among other stars.

Plans to produce similar reunions for other stations in Chicago may follow, according to Bruce DuMont, founder and president of the museum.