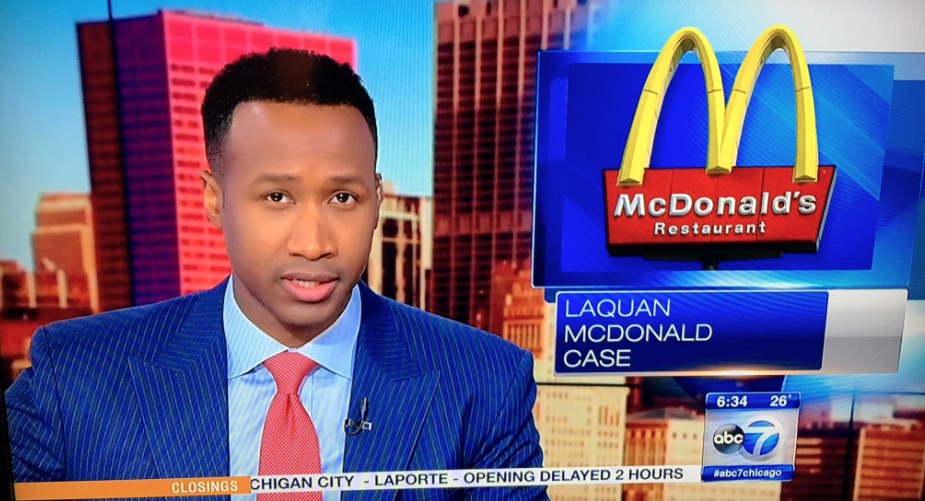 WLS-Channel 7 has apologized to its viewers for mistakenly using the logo of McDonald’s restaurants to illustrate a story about the Chicago police shooting of Laquan McDonald.

The error occurred during the ABC-owned station’s 6:30 a.m. newscast Friday when the graphic appeared over the shoulder of news anchor Terrell Brown. The station was bombarded with ridicule on social media after the image appeared on Facebook and Twitter.

“We want to take a moment to apologize for an error in our morning news,” news anchor Ron Magers read during ABC 7’s 5 p.m. newscast Friday. “A McDonald’s logo was mistakenly used on a graphic during a report on the Laquan McDonald case in our 6:30 newscast. We regret the error.”

ABC 7’s snafu occurred just two days after it fielded criticism for superimposing an animated graphic of snow behind its anchor desk at a time when there was no real snow falling in the downtown Chicago area.