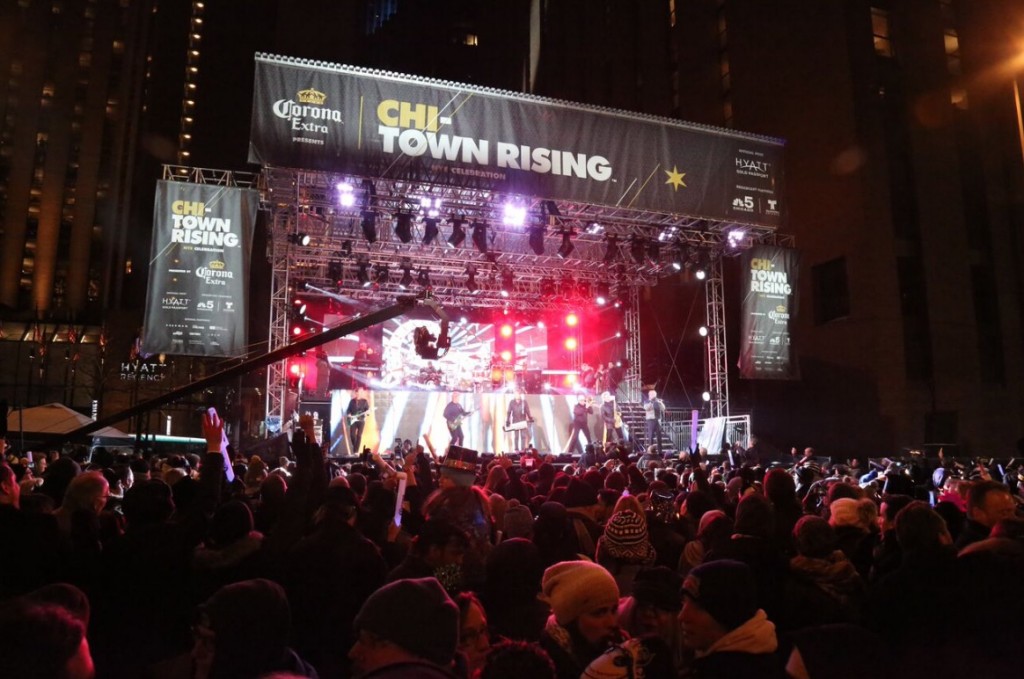 Mark Giangreco and Janet Davies were dethroned as the king and queen of New Year’s Eve Thursday, as many more local TV viewers tuned in to see the inaugural broadcast of “Chi-Town Rising,” featuring a giant star ascending over the Chicago River.

Straight up at midnight, “Chi-Town Rising” on NBC-owned WMAQ-Channel 5 had a 17.1 rating and 36 share, while “Countdown Chicago 2016” on ABC-owned WLS-Channel 7 had a 14.2 rating and 30 share, according to Nielsen figures released Friday.

For years ABC 7 has won the ratings overwhelmingly for its effort without any serious local competition — until this time.

The NBC 5 maiden production was not without considerable problems, including a title that many Chicagoans found grating (“Chi-Town” has simply got to go), a gaggle of carpetbagging hosts (led by Hollywood couple Mario and Courtney Lopez), and an inexcusable failure to synchronize the countdown at midnight with the rising of the star.

One rating point represents 34,752 households; share is percent of sets in use.