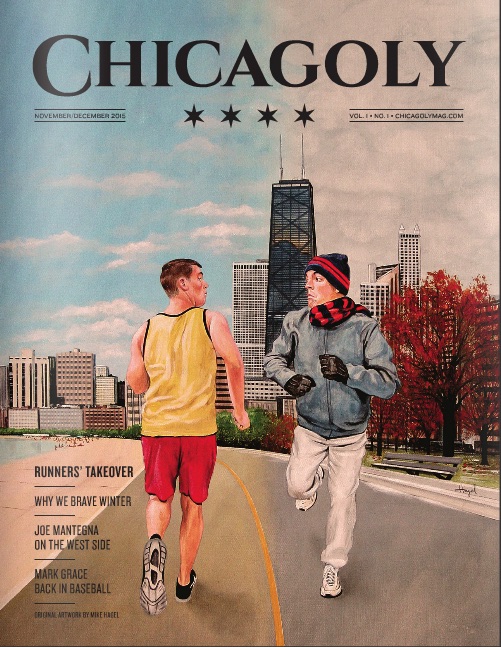 To be honest, “Chicagoly” sounds more like a board game than the name of a magazine. But at least there’s no confusing it with any other publication.

Back in August, 22nd Century Media announced plans to launch a magazine called The Chicagoan, billed as offering “insight, color and commentary on news topics and cultural issues important to the residents of America’s greatest city.”

Some readers may have recalled earlier incarnations of the title. They included the original Chicagoan, which first appeared in 1926 as the city’s response to The New Yorker. A revival in 1973 by Jon and Abra Anderson produced a slick and stylish monthly that lasted about a year. A third effort by J.C. Gabel was unveiled in 2012 but produced only one issue.

Just weeks before the rollout earlier this month, however, 22nd Century Media suddenly changed the name of the 60,000-circulation magazine to Chicagoly.

“While we respect and were inspired by The Chicagoan magazines and their history, it became clear we could not separate from them,” publisher Joe Coughlin explained Monday. “Leaving a unique and powerful footprint has always been important to 22nd Century Media. We decided we preferred to be judged on our own merits and not against the reputation, qualities and results of others.

“Our intention was never to be an update or reboot of a magazine, but to carve our own path. Chicagoly allows us to do that,” Coughlin said.