Some of the top garage bands that emerged from Chicago and rose to national fame in the 1960s and ’70s will come together next month in the WTTW-Channel 11 studio that still produces the music series “Soundstage.”

“Cornerstones of Rock: American Garage,” featuring The Ides of March, The Buckinghams, The Cryan Shames, The New Colony Six, The Shadows of Knight, The McCoys and The American Breed, will be taped October 16 at the Window to the World Communications public television station, 5400 North St. Louis Avenue.

Jim Peterik of The Ides of March will host what’s billed as the once-in-a-lifetime concert special with Wendy Snyder, veteran Chicago rock radio DJ and midday personality at Tribune Media news/talk WGN AM 720.

No airdate has been announced for the show, which is projected for broadcast later this year on WTTW and as a possible pledge drive special on public television stations nationwide. 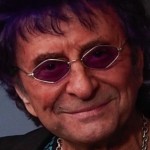 “The Chicago rock scene from the mid-1960s to the early 1970s belongs in the same category as the fertile hubs of Liverpool, San Francisco, Seattle, and Nashville through the years,” Peterik said in a statement. “This special shines a spotlight on the local groups from the suburban Chicago area who defined that era as they rose through the teen clubs all the way to national prominence. We are thrilled to bring them all together on the same stage.”

Among original members of the bands expected to perform:

Tickets will be available online for the event at wttw.com/cornerstones. Prices range from $50 for general admission to $125 for VIP seating.