Norm Winer marked his 36th anniversary Thursday as program director of WXRT FM 93.1, an astonishing achievement in Chicago radio — or practically anywhere else for that matter.

Not bad for a guy who was hoping to last two or three years when he first showed up at the seminal adult album alternative station in August 1979.

Under CBS Radio ownership (some would say despite CBS Radio ownership), WXRT remains a potent force in the music world and a vital contributor to Chicago’s cultural life, thanks in large part to Winer’s vision and leadership over nearly four decades.

Winer, 66, will be honored next month by the Chicago Department of Cultural Affairs and Special Events with its Fifth Star Award. He’ll be the first broadcaster to receive the citation, founded in 2014 to honor outstanding Chicago arts and cultural institutions. 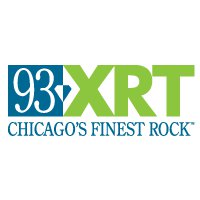 “Few program directors are as closely identified with a major market commercial radio station,” the award announcement said of Winer. “In a radio world often focused on playing the hits, WXRT has for decades brought new artists and music to the ears of Chicagoans. While others regularly change format and personnel, the station has remained remarkably consistent, while staying at the forefront of new music in Chicago and the world, and no one is more responsible for this than Winer.”

Honored along with Winer September 16 at the Jay Pritzker Pavilion in Millennium Park will be The Joffrey Ballet, architect Stanley Tigerman, author Sandra Cisneros, musician Ella Jenkins and aspiring graphic artist Abdullah Quick. The event, featuring tribute videos and live performances, is free and open to the public.

To have survived in a market as competitive as Chicago — let alone to receive such a prestigious award from his adopted city — says a lot about the Brooklyn-born, Brandeis-educated Winer. It also may say something about the much-maligned business of radio.

“I’m totally overwhelmed by this honor,” Winer said Thursday. “In doing radio for a living — being a so-called ‘professional broadcaster’ — we can’t verbalize our aspirations of having our jobs viewed as art. And for a person in the media who happens to love their job as much as I do, to have my professional efforts be viewed as contributing to the amazing legacy of the arts of the city, is absolutely, quite literally, humbling.”

In the latest Nielsen Audio survey, WXRT ranks eighth overall with a 3.6 percent share and cumulative weekly audience of 1,120,700. Among men between 35 and 64, the station ranks third with a 4.8 share and 326,300 cume. Last year WXRT was one of the few to increase its revenue, billing an estimated $16.9 million, according to Miller, Kaplan, Arase & Co.