Public voting began Wednesday for two categories in the National Radio Hall of Fame, marking the first time in five years listeners will participate in the selection process. 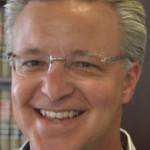 “These eight personalities are beloved by their listeners,” Kraig T. Kitchin, chairman of the National Radio Hall of Fame, said in a statement. “Giving the audience an opportunity to participate in the process of acknowledging their favorite hosts for their contributions over the years just makes sense.”

Nominees in four other categories will be voted on by a 400-member industry panel made up of radio executives, programmers, past inductees, executive directors of state broadcast associations, and members of the trade media, according to the new procedure.

“This impressive list of nominees represents the best examples of talent with commendable audience relationships past and present,” Kitchin said. “Each individual and show was selected after extensive deliberation by the steering committee.”

Winners chosen by listeners as inductees will be announced August 31.

All six inductees — plus as many as three more chosen directly by the steering committee — will be honored November 5 at the 2015 induction ceremony. The Chicago-based shrine to radio’s top personalities and programs is housed at the Museum of Broadcast Communications, 360 North State Street.

Here are instructions for voting (message and data rates may apply):