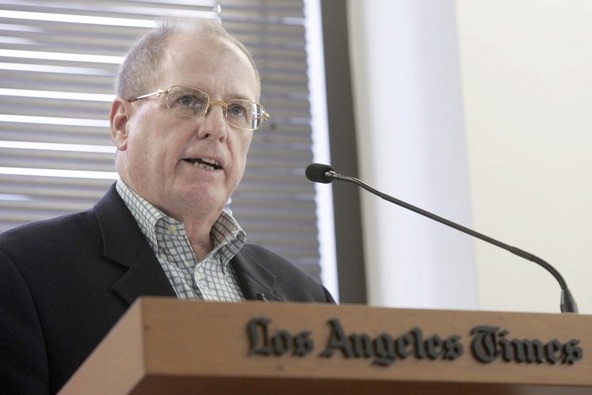 It takes real chutzpah to publicly shame a guy for practically wrecking journalism and then hit him up for a donation to help bankroll a journalist.

But Jim O’Shea has an explanation for his wayward pitch to Sam Zell.

O’Shea, a former editor at the Chicago Tribune and Los Angeles Times and founder of the late Chicago News Cooperative, is author of The Deal From Hell, a scathing indictment of Zell’s ill-fated acquisition of Tribune Co. and its eventual bankruptcy. In his 2011 book, O’Shea blames the foul-mouthed billionaire and his henchmen for nearly destroying the company — and the quality of journalism it represented. 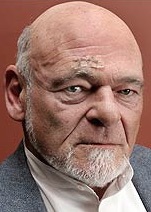 So it was surprising to find Zell’s name among those who were sent an email solicitation from O’Shea last week on behalf of Paul Salopek, a former Chicago Tribune reporter who’s retracing on foot the global migration of mankind in a 21,000-mile, seven-year odyssey around the world.

O’Shea helped launch a Kickstarter campaign to “support the penetrating journalism being practiced by Paul . . . as he engages the major stories of our times and connects with students around the globe to tell them of the people and problems he encounters.”

O’Shea said he “didn’t notice” Zell’s name among his email recipients until I pointed it out. “I simply sent the appeal to all of my email contacts, Facebook friends, Twitter followers and LinkedIn contacts,” he said. “Sam must have been on the list from my days in L.A. when we were on better terms. I'd welcome a donation from him, though.”

I asked O’Shea to tell me if Zell responds. “Will do,” he said, “but don't hold your breath.”

Here is the text of O’Shea’s solicitation:

Sometimes it seems like a day doesn’t pass that I don’t hear someone complain about the sorry state of journalism. Well here’s a chance to do something about it: Support the penetrating journalism being practiced by Paul Salopek on his unique Out of Eden Walk.

Paul started about two and a half years ago in Ethiopia, walked up through the Middle East and now is in Tbilisi, Georgia preparing for the next phase of his 21,000 mile, seven-year journey following mankind’s trek from the heart of Africa to the tip of South America. He has walked about 4,000 miles so far.

We have a new Kickstarter campaign http://kck.st/1HrPlRS for those who want to support Paul as he engages the major stories of our times and connects with students around the globe to tell them of the people and problems he encounters. Visit the Out of Eden Walk website www.outofedenwalk.com to read stories of compassion, hope, triumph and tragedy.

The world sorely needs journalists like Paul Salopek and his brand of “Slow Journalism,” the kind that takes time and digs deep. Support us if you can.