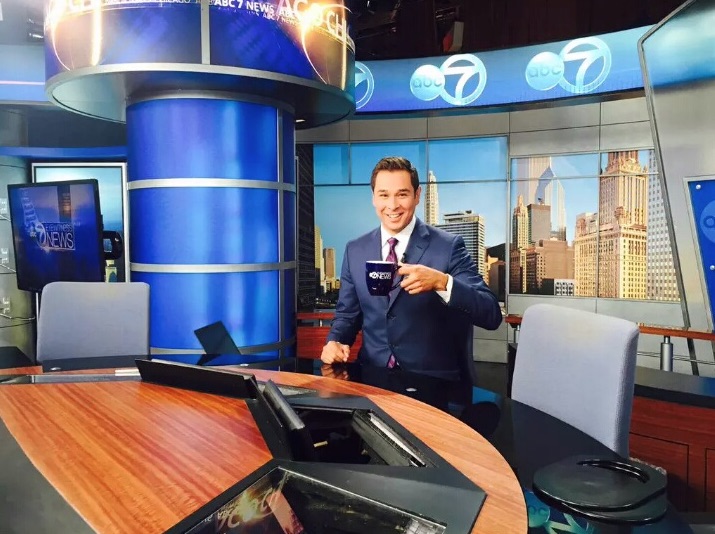 Four months after signing off as a news anchor and reporter at NBC-owned WMAQ-Channel 5, Rob Elgas has turned up across town at ABC-owned WLS-Channel 7.

ABC 7 announced Monday that Elgas was joining the station as a reporter and fill-in anchor, effective Tuesday. He's expected to make his first appearance on the air later this week.

“Rob Elgas is an experienced journalist who has established a strong connection with Chicago viewers during his 13 years covering this area,” Jennifer Graves, vice president and news director of ABC 7, said in a statement. “We welcome him to our newsroom with the knowledge he’ll hit the ground running and do a great job on the street as well as filling in on the anchor desk.”

Elgas, 41, declined to renew his contract last March at NBC 5, where he most recently anchored the station’s 4:30 p.m. weekday newscast alongside Marion Brooks. At the time he told colleagues he planned to “cast a wide net and look at a lot of opportunities.” NBC 5 sources said Elgas had made no secret of his ambitions to become a network correspondent.

In an interview Monday, Elgas said he was pleased to continue to work in his hometown and considers the move to ABC 7 a step up — although it’s not clear when if ever he’ll become a regular anchor at his new station.

“I don’t have any expectations in that capacity,” he said. “I want to go in and earn the respect of my colleagues, my new co-workers, and do whatever they need me to do. If they need me to fill in anywhere, I’m ready to do it. . . . In my mind, I want to perform at a high level at the No. 1 station in town. I’m thinking about doing good work again. The rest will come.”

Meteorologist Cheryl Scott made a similar move last December when she joined ABC 7 after declining to renew at NBC 5.

NBC 5 continues to interview candidates for the 4:30 p.m. anchor vacancy, according to Frank Whittaker, station manager and vice president of news at NBC 5. In the meantime, Dick Johnson, Rob Stafford and Lauren Jiggetts have been filling in with Brooks.

Here is the text of Graves’ memo to ABC 7 staff Monday:

I’m delighted to share with you that Rob Elgas is joining the Eyewitness News Team.

Rob, a Chicago-area native,  has covered Chicago for more than 13 years.  He joins us from WMAQ, where he most recently anchored the 4:30pm news and reported for the 10pm news.  Rob garnered numerous awards for his work at WMAQ, including most recently Associated Press and Lisagor awards for his live breaking coverage of protests in Chicago in 2014.  He’s also won several Emmy Awards for work on Olympic and Chicago Marathon coverage.

Before returning to Chicago in 2002, Rob worked for KVIA-TV, the ABC affiliate in El Paso, Texas, where he started as a weekend anchor and eventually moved up to anchor the morning newscast. Rob started his broadcasting career behind the lens, as a photographer at WICD-TV in Champaign-Urbana.  Rob attended the University of Illinois, before landing that first job at WICD.

Rob is a member of NAHJ, and as I mentioned an area native, as he was born in Arlington Heights and raised in Crystal Lake.  He and his family live in the southwest suburbs.

Rob begins his new role as reporter/fill-in anchor here at ABC 7 tomorrow.  He’s thrilled to make the move to ABC 7 and I know you will join me in welcoming him to our team!