The startup of WRME LP 87.7, the Weigel Broadcasting oldies station branded as MeTV FM, gets in the groove this weekend with the debut of a weekly four-hour dance music party.

Airing from 8 p.m. to midnight Saturdays, “Dance With Me” will spotlight disco classics from the ’70s through the early ’80s. Neal Sabin, the creative force behind MeTV FM, refers to the show as “ ‘Saturday Early Night Fever’ — for all us boomers who don't stay up late.” 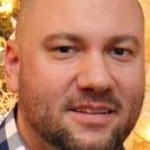 Producing “Dance With Me” will be Michael Horn, recently hired as imaging director of the station. Until December 2013, Horn spent 19 years at CBS Radio Top 40 WBBM FM 96.3 as a producer and imaging director.

Since MeTV FM began in soft-launch mode February 23, initial reaction has been overwhelmingly positive, according to Sabin.

Typical of dozens of passionate letters and emails Sabin shared was one that read: “I’ve been waiting for this station for 20 years. Keep the mix of popular and especially the more obscure songs coming. I love it when I hear a song and say ‘I haven’t heard that song in years!!!’ I was seriously thinking of getting satellite radio. Now I can’t wait to hear which song you’ll be dusting off next!”

Airing on a low-power frequency leased from Venture Technologies Group, MeTV FM is being marketed as a companion to MeTV, Weigel Broadcasting’s digital network targeting baby boomers and featuring classic television from a wide array of genres.