Peter Bowen, a star sales executive for CBS Radio and a veteran of the Chicago broadcasting community, has been named vice president and Chicago market manager of Cumulus Media.

Since 2012, Bowen has been director of sales for CBS Radio in Los Angeles. Before that he spent more than two decades in Chicago radio, including 16 years with CBS Radio, where he rose to director of sales for the seven-station group and also served as vice president and general manager of Top 40 WBBM FM 96.3 and classic hits WJMK FM 104.3.

“Bringing Peter home to Chicago is a perfect fit as we build upon the strong growth and success we are experiencing in our Chicago cluster,” Gary Pizzati, senior vice president for Cumulus Media, said in a statement. “Over the last two decades, Peter has developed deep and important relationships with the advertising community and we are delighted to have him join our team in this important role.” 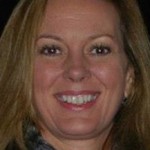 At a time of major expansion for Cumulus Media (which doubled its Chicago holdings with the acquisition of The Loop and 101WKQX, and moved offices to the Merchandise Mart), Baker proved ineffectual as a manager. Ratings and revenues plunged dramatically during her tenure. In 2014 sales were down 37.6 percent at The Loop, 30.8 percent at WLS FM and 27.5 percent at WLS AM, according to figures compiled by Miller, Kaplan, Arase & Co.

Amid constant upheaval at WLS AM — including wholesale talent shakeups in mornings, middays, afternoons and weekends — Baker was neither heard nor seen. Even occasional acts of benevolence by the station were bungled.

A graduate of Loyola Academy and Purdue University, Bowen, 44, began in 1991 as an account executive at the former WCKG and later moved to the former WILV. He joined CBS Radio in 1996 and became director of sales in 2006.

Bowen was quoted as saying: "I am thrilled to join Cumulus as VP/Market Manager at such an exciting time. I look forward to working alongside some of the best in the business driving our brands and sales efforts in Chicago. I'm coming home."