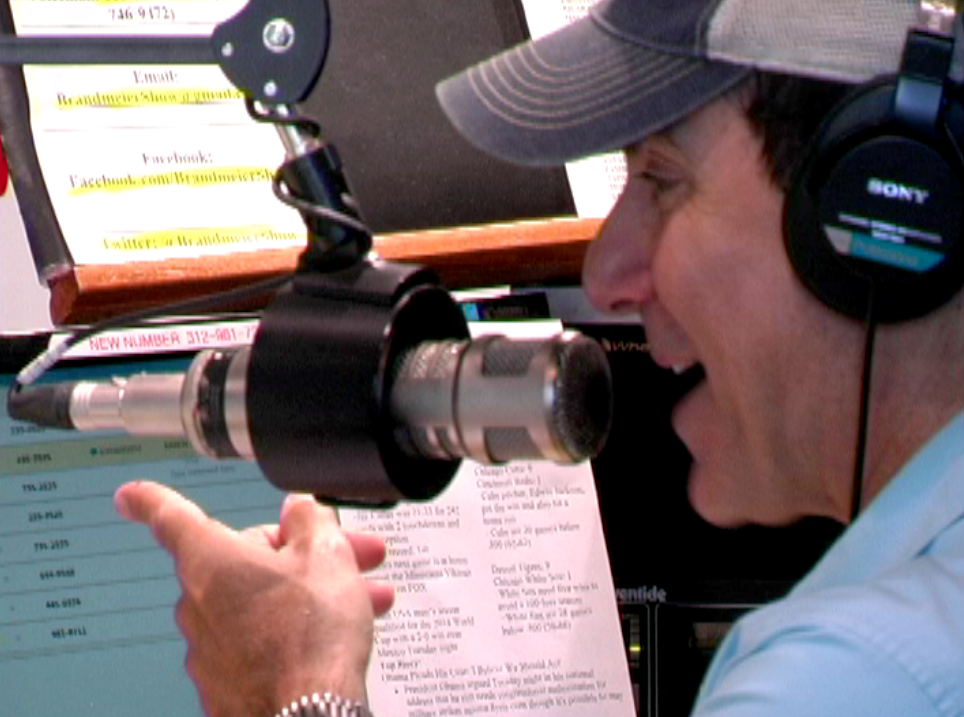 Culminating a day of Chicago radio bombshells, Cumulus Media has signed Chicago radio veteran Jonathon Brandmeier to a partnership agreement that will bring his show to WLS AM 890 and syndicate it nationally, the company announced Thursday.

“The Jonathon Brandmeier Show” will air from 9 to 11 a.m. Monday through Friday on the Cumulus Media news/talk station, starting sometime in March. It will replace John Kass and Lauren Cohn, whose final show aired on WLS Thursday.

Brandmeier’s show will be syndicated nationally by Westwood One, the distribution unit of Cumulus Media. It will replace Dennis Miller, who is stepping aside from radio. In Chicago, Miller's show airs on Salem Media news/talk WIND AM 560, which will not be carrying Brandmeier.

“This is extremely exciting for all of us at ‘The Jonathon Brandmeier Show,’" Brandmeier said in a statement. “We look forward to continuing to entertain audiences in Chicago and expanding our reach nationwide. Fasten your seat belts, it’s going to be a wild ride!”

Word of Brandmeier’s deal comes hours after it was reported that he had turned down an offer to host mornings on WJMK FM 104.3, the CBS Radio classic hits station known as K-Hits. Sources described it as a “content partnership deal” that would have included revenue-sharing tied to Brandmeier’s digital platform.

Brandmeier, 58, has been off the air since December when his morning show was dropped by Tribune Media, which carried him on an Internet outlet at WGN.fm and a low-power sports/talk station at 87.7 FM.

John Dickey, executive vice president of content and programming for Cumulus Media, said in a statement: “Jonathon is one of the most versatile performers in radio today, and we know audiences will enjoy his lively humor and take on each day’s topics. We’re thrilled to add Johnny B to the Westwood One roster of relevant and relatable talk programming.”

Here is the text of a statement from Cumulus Media:

Jonathon “Johnny B” Brandmeier is bringing his incomparable brand of talk radio back to the Chicago airwaves on 89 WLS starting in March, 2015. The Jonathon Brandmeier Show will air locally 9:00-11:00 CT. Westwood One, the national facing arm of Cumulus, has signed a partnership with Brandmeier and will syndicate the show nationally.

Chicago radio listeners are extremely familiar with the popular Brandmeier, whose show generates a legion of devoted fans. The Jonathon Brandmeier Show is an entertaining, offbeat look at news, pop culture, and sports--from the big trending topics to the stories about to fall through the cracks--combined with celebrity interviews and free-wheeling audience interaction. The topical conversations seamlessly gel into dynamic and unpredictable radio. Brandmeier has amassed an army of awards and accolades that cement his powerful industry reputation, including multiple Billboard Magazine Radio Personality Awards, TALKERS “100 Most Important Radio Hosts in America,” and Gavin Report’s “Air Personality of the Year.”

Please note that this will replace The Dennis Miller Show, which will be going off the air on March 27th.  Dennis noted: “I’m stepping aside from radio at the moment,” adding “It’s been a great run and I’ve had a phenomenal time interacting with my guests and audience. But with so many other commitments right now, it’s hard to maintain a daily talk show.  It’s time to pass the torch as I move on to explore other opportunities. I wish Johnny B lots of luck.”

Here is an email Brandmeier sent to fans Thursday:

“WHAT did I say?!” Nothing is over until we decide it is.

We’ve got some news for you about our new radio homes. Yes, homes – it’s plural.

It’s been a crazy few months, trying to figure out the next move. There were options we were seriously considering, but life (or Baby Jesus and Hanky) had another plan:

We’re still “living in the future” – we’ll be expanding our digital platforms and the show will be available online – stay tuned for more details about where to stream, download podcasts, etc. closer to the launch.

THANK YOU all for your patience.