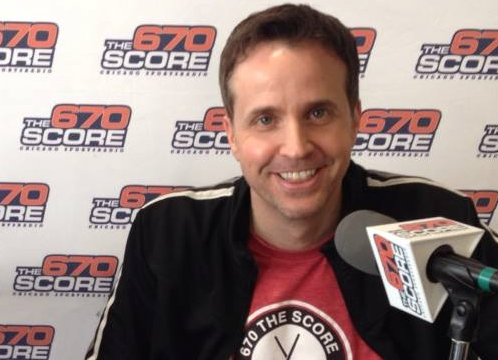 Chicago sportscaster Mark Grote emerged from among hundreds of applicants Monday to win the coveted job of pre-game and post-game host for Cubs broadcasts on CBS Radio all-news WBBM AM 780.

He’ll join Pat Hughes and Ron Coomer as the third member of the radio team this spring.

It’s a return to Newsradio 780 for Grote, who began there as a sports reporter and weekend sports anchor in 2002 before joining CBS Radio sports/talk WSCR AM 670 in 2010. At the Score, he anchored news for Mike Mulligan and Brian Hanley’s morning show, and co-hosted Saturday mornings with Steve Rosenbloom.

Calling Grote “a terrific talent,” Ron Gleason, director of news and programming at Newsradio 780, said in statement Monday: “He’s loaded with energy, has a great personality, and knows the game of baseball inside and out. We’re excited to have him back on WBBM as a part of Cubs Radio 780.”

The announcement confirms a Chicago Tribune report Friday by Ed Sherman that Grote would succeed Judd Sirott, as the Cubs shift from their longtime radio home on Tribune Media news/talk WGN AM 720. Sirott will continue at WGN where he’s concentrating on his Blackhawks broadcast duties.

"I am absolutely thrilled to be on the ground floor of a new era of Chicago Cubs baseball on WBBM,” said Grote, who grew up in west suburban Itasca and attended Illinois State University. “I've been going to Cubs games since I was 6 years old, so I suppose you can say 'next year is here' for me."