The last editor of Today’s Chicago Woman is the latest hire at Tribune Content Agency. 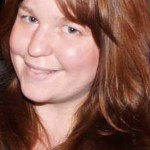 Carrie Williams, whose tenure with Today’s Chicago Woman ended when the monthly magazine ceased publication after 32 years in January, has signed on as an editor/designer at the syndication and licensing unit of Tribune Publishing.

John Barron, general manager of Tribune Content Agency, said Williams started Monday and would be working on all of the company’s products.

For the last three years, Williams managed day-to-day editorial operations of the monthly print publication, website and social media outlets targeting professional women in Chicago. “From every ending comes a new beginning,” she wrote on Facebook. “It’s time for a new adventure.”

A native of south suburban Crestwood and a graduate of Mother McAuley Liberal Arts High School and Saint Xavier University, Williams joined Today’s Chicago Woman in 2012 from Chicago-based Associated Publications, where she was an associate editor.

Publisher Sherren Leigh, who founded Today’s Chicago Woman in 1982, announced in December that she was calling it quits, telling readers: “After publishing TCW for 32 years, I just want a break from those constant publishing deadlines and have fun.”