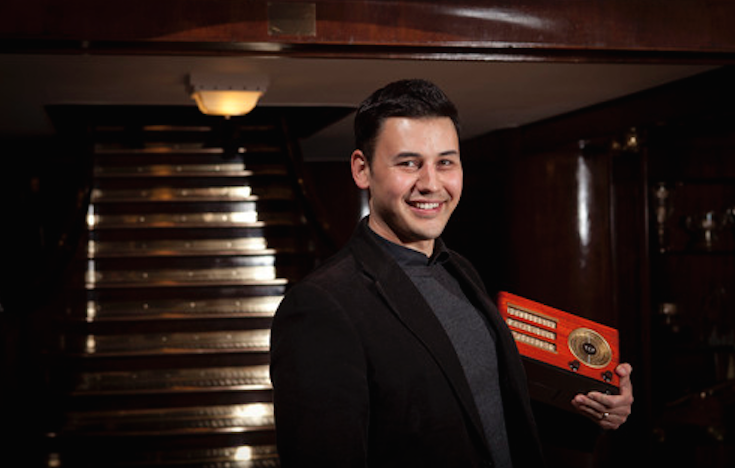 Ben Calhoun, former political reporter and deputy news director at WBEZ FM 91.5, is returning to the Chicago Public Media station as director of content and programming.

Since 2010 Calhoun has been a producer for “This American Life,” the public radio documentary series launched at WBEZ and now based in New York.

Goli Sheikholeslami, president and CEO of Chicago Public Media, announced Calhoun’s appointment, effective December 1, in a memo to staff Wednesday. His hiring followed a four-month national search “inside and outside the public radio system,” she said.

“All told, he returns to us with what may be one of the more versatile diverse backgrounds in the industry,” Sheikholeslami said of Calhoun. “He also comes to us with a fierce belief in our work and the mission that underpins it, a keen appreciation for the importance of continuing to innovate to serve the next generation of public media listeners.  Ben brings not only passion and vision, but also the belief that attention to craft and quality journalism can be differentiators in a competitive field.”

A Milwaukee native and graduate of Oberlin College in Oberlin, Ohio, Calhoun, 35, began as an intern at WBEZ in 2000 and held a variety of jobs, including production assistant, newsroom coordinator, assignment editor, documentary producer, deputy news director and political reporter. He also was a contributor to National Public Radio’s “Radiolab,” “Morning Edition” and “All Things Considered,” among other programs.

The station’s top programming job has been vacant since 2012 when Steve Edwards relinquished the role to become host of “The Afternoon Shift.” Later that year, Edwards left to join the University of Chicago's Institute of Politics.