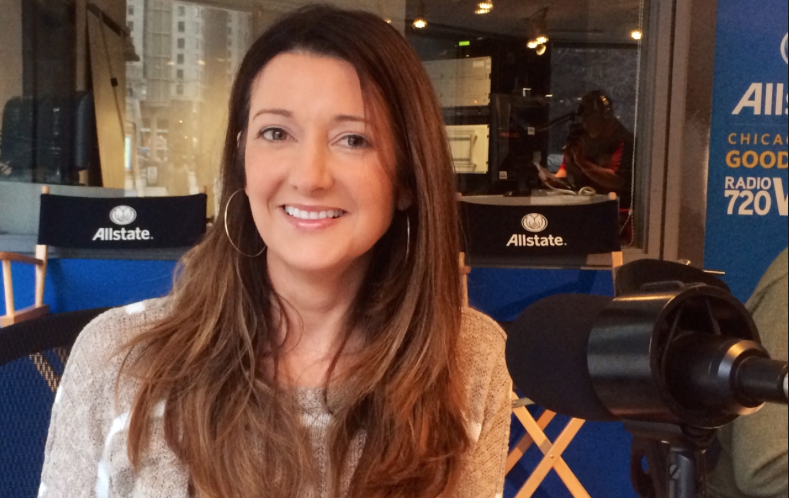 Just because Anna Davlantes is joining WGN AM 720 as a contributor to Steve Cochran’s morning show doesn’t mean we’ve seen the last of her on television.

As happy as she is to land the gig behind the mic at the Tribune Media news/talk station, the veteran Chicago news anchor says she’s actively pursuing other opportunities in front of the camera as well. Adds Davlantes: “Stay tuned — for sure.”

Starting October 13, the Chicago native and Northwestern University Medill School of Journalism graduate will join the news staff of WGN, where she’ll deliver “The Big Story” — 90-second reports on trending topics drawn from social media — at the bottom of each hour during Cochran’s show.

She’ll also work on special reports and investigations for the station as it hopes to boost its news profile to compete with CBS Radio all-news WBBM AM 780/WCFS FM 105.9. “They understand that I have contacts and sources in the community, and I’m going to use those to try to uncover the stories that people aren’t covering,” Davlantes says. “They're playing to my strengths.”

After leaving Fox-owned WFLD-Channel 32 in October 2013, Davlantes fielded offers for television jobs, but all were out of town. “I made the decision to stay in Chicago,” she says.

“It’s great to be in the WGN family. That’s a big part of this decision. I’m excited to get started and be part of the Cochran show. Steve Cochran’s a friend, but he’s also one of the greatest talents in the business. I know it’s going to be a lot of fun, and I think it’s just awesome to be part of their team.”

Although best known for her nine years as a reporter and weekend news anchor at NBC-owned WMAQ-Channel 5, followed by four years as a news anchor and host of “Good Day Chicago” at Fox 32, Davlantes is no novice to radio.

“I’m the one who’s always been on WLS AM, filling in for Roe and Roeper every time they’re off,” she says. “I feel like I’m someone who can talk extemporaneously about the issues in our community. I love doing that. To me, that’s an opportunity you don’t really get on television because of the way shows are structured.”

At WGN, they’re already welcoming her with open arms. Thrilled to have Davlantes working alongside news anchor Andrea Darlas on his show, Cochran says: “Anna and Andrea are credible, funny and fun. Can’t wait to get started.”

“We take the news and do it better,” he adds. “That's the plan, and Anna is the perfect addition to these people I love working with everyday.”