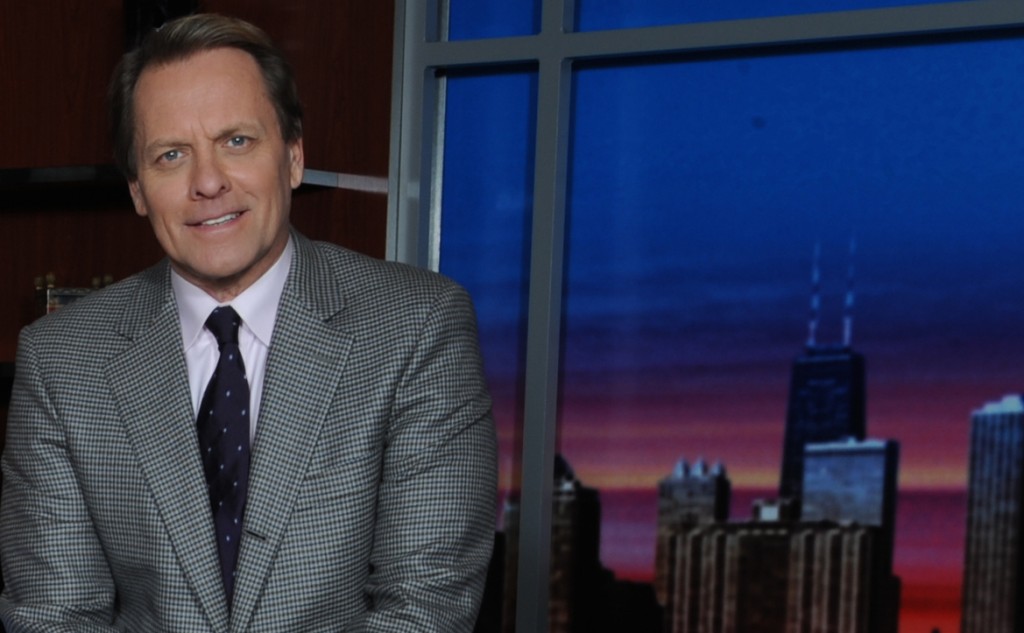 For a guy who professes that he absolutely hates writing or talking about himself, it may seem odd that Rich King has just written a second book — about himself.

But that’s not the only contradiction readers will encounter in the latest literary offering by the veteran WGN-Channel 9 sports anchor and lifelong Chicagoan.

To be fair, King’s first book, My Maggie, was more about his late wife and childhood sweetheart, their 32-year marriage, and his crushing sense of loss after she died of cancer in 2002. He was still grieving intensely when the book was published five years later.

Back in the Game, published this week by Eckhartz Press and co-written by Lindsay Eanet (daughter of fellow sportscaster Dave Eanet), is a followup to My Maggie. King shares new insight into the depression he experienced during a long, lonely widowhood before he met April Keith, a divorced woman 17 years his junior. The bulk of the book recounts the courtship and romance that culminated in their marriage in 2009. In his second wife, King, 67, discovered new reason to live and a new outlook on practically everything.

As sweet as his love story with April may be, I found King’s sharp observations on the decline of his profession and his appraisals of those he’s worked with and covered over his 46 years in broadcasting far more interesting. I wish he'd shared more on that part of his life.

King heaps praise on his mentor, Brad "The Professor" Palmer, who helped him land his first anchor position at WBBM AM 780 after Brent Musburger left to become a CBS Sports star. King credits Palmer and Musburger with putting Chicago sports radio on the map and injecting journalistic integrity into local sportscasting. In contrast to those who saw their roles as cheerleaders, King writes: “Their priority was bringing the news to their readers and listeners, even if the truth required some questioning, some conflict.”

Among the cheerleaders King cites is Hall of Famer Jack Brickhouse, with whom he worked closely at WGN AM 720. “At the time, most sportscasters were ‘homers’ — boosters for the team as opposed to reporters covering them,” he writes. “Jack never criticized the Cubs, the Bears or the White Sox. For Jack, an error or a mental mistake was a bad break. He was not even critical of the opposing team.”

And yet 150 pages or so later, King admits that one of the few regrets he has about his own career is that he “pulled too many punches.” From failing to pursue suspicions of Sammy Sosa’s steroid use, to giving Lovie Smith “more rope than he deserved,” King recounts numerous instances when he seemed to behave more like a Brickhouse than a Palmer. As if to prove the point, his veneration for White Sox and Bulls owner Jerry Reinsdorf (who provides a rave review on the book’s back cover) borders on idolatrous.

Reflecting on “Sportsline,” the straightforward sports talk show he hosted as sports director at WBBM in the 1980s, King notes that such a format could never succeed on the radio today. “I was drilled to simply inform the audience, not to stir it up or wax editorial on the trending sports stories of the day,” he writes. “I was a reporter, not a pundit.”

Nevertheless he finds more than a few contemporary sports-talk hosts to be both well informed and fair: “I am especially impressed when I hear a working reporter doing a show, great talents such as Cheryl Raye-Stout, Lawrence Holmes, David Haugh, David Schuster, Zach Zaidman, Mike Mulligan, Brian Hanley, Tom Waddle and David Kaplan. They are still in the field, as I was when I did the show. They face the players, the GM’s, and the owners on a daily basis. I don’t know how you can do a show just sitting in the studio every day reading the newspapers and internet reports.”

There’s no doubt that King’s inherent likability has been a big factor in his success on the air all these years. It’s also what makes Back in the Game a breezy pleasure to read.