The Christian Science Monitor is closing its Chicago bureau in the latest realignment of personnel by the Boston-based international news organization.

Veteran Chicago reporter Mark Guarino, who has headed the bureau here since 2008, is one of three staff writers whose positions are being eliminated companywide. Effective August 22, the move will leave the brand without a full-time presence in the Midwest.

After 100 years, the Monitor ceased publication of its daily print edition in 2009 and shifted to a digital-based strategy on csmonitor.com. It continues to publish a weekly news magazine available by subscription only. 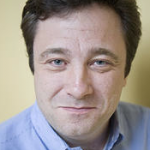 Guarino, 44, a native of west suburban Oak Park and graduate of Loyola University Chicago, joined the Monitor after 14 years as a senior writer, reporter and copy editor at the Daily Herald.

“I’m very lucky,” Guarino told me Wednesday. “I was given the opportunity to cover some of the greatest stories affecting this region these last few years, plus I have worked with some of the most impressive editors, ever. I’m saddened to see the Monitor exit Chicago. However, I’m busier than ever, mainly because I’m still doing what I love, which is finding and telling stories.”

Guarino doubles as a freelance writer for the Sun-Times specializing in cultural affairs and music, and has been contributing to the Chicago Tribune, the Washington Post and Al Jazeera. He’s also under contract with the University of Chicago Press to write a book on the history of country and folk music in Chicago.