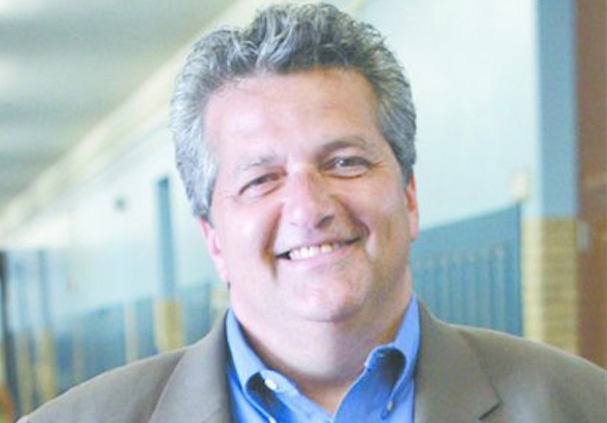 Here is the text of the memo from Kern and Hirt to the Tribune staff:

Today we are pleased to announce several important leadership changes at the Chicago Tribune.

Mike Lev joins the Editorial Board. Mike will take on several important new assignments as we continue to expand our opinion leadership initiative in print and digital formats. We will draw upon his extensive experience as a business editor and foreign correspondent in both writing and editing for our opinion pages. He also will play a key role in developing our digital audience for the commentary pages. Our opinion pages are a pillar of our accountability mission and a fulfillment of our promise to stand up for the community. Mike’s talents will propel that mission forward.

Mike has been associate managing editor/business for the last five years. He was deputy business editor for four years before that.  Mike also spent 10 years as a Tribune foreign correspondent, based in Tokyo and then Beijing.  He joined the Tribune as a metro reporter in 1992.

Mike led the Business department during the Great Recession, a tumultuous era for the world, nation and Chicago. It was also a time of change for our company, and Mike skillfully led our reporting on Tribune’s journey through and emergence from bankruptcy. Reporting on ourselves when we make news is a journalistic imperative and one of our most difficult challenges. Mike and his team performed exceptionally.

He leaves a legacy of great professionalism, integrity and originality, and we are proud of his department’s work during his tenure. Mike will report to Bruce Dold.

Michael Kellams becomes associate managing editor/business. Michael will take on a new challenge at the helm of Business, drawing upon a reservoir of drive and imagination demonstrated across a diverse range of assignments during his time at the Chicago Tribune.

Michael has led the Sports department for seven years, including the last five as associate managing editor. During his tenure, he built our Chicago Sports section into one of the nation’s best, consistently ranking among the top tier as selected by the nation’s sports editors.

Michael was a member of the original RedEye launch team that toiled in a secret room until the paper came to life in 2002. He came to work for the Tribune’s design department in 1998 from The Seattle Times.

Michael’s tenure in sports spanned exciting years for Chicago sports teams and the Chicago Tribune. He launched chicagobreakingsports.com, co-anchored the Tribune’s Olympic bureaus, and published numerous special sections, books and other special reports to convey and commemorate the drama unfolding on the field and on the court. The sports department also has done some important watchdog work, from concussion-related injuries to irregularities in sports charities.

His department’s exceptional work covering the Blackhawks showed that his sports team could also find a new gear in a championship run. Michael’s Chicago Sports section was always authoritative, surprising, entertaining and consistently ahead of the curve. Michael will continue to report to Jane.

Joe Knowles becomes associate managing editor/sports. While this is a new challenge for Joe as well, he is no stranger to the Sports department. He was sports news editor during all six of the Bulls’ championship runs, and won the Johnrae Earl Award for General Excellence in Editing during that time. He was also Steve Rosenbloom’s backup on the Hit and Run column and served as the Tribune’s bureau chief at the 1998 Olympics in Nagano, Japan.

From there, he became the paper’s Design and Graphics editor. Joe, too, has RedEye DNA. In 2002, he helped conceive and launch RedEye and was a founding co-editor along with Jane. After three years at RedEye, he returned to the blue paper in 2005 as the AME for design and graphics, where he played a lead role in two major redesigns.

The design and graphics staff eventually was merged into a new Editing & Presentation Department, which he’s directed since its inception in 2009.  Joe and his department have been a part of every major redesign and product launch since then, in addition to performing the “daily miracle.”

Among the greatest achievements during Joe’s tenure in E&P was the launch of the premium Chicago Tribune design in 2011. As you know, we added 44 full news pages each week to the printed edition and completely overhauled the design, typography and architecture of the paper. The premium launch was a huge success with readers. Joe will continue to report to Jane.