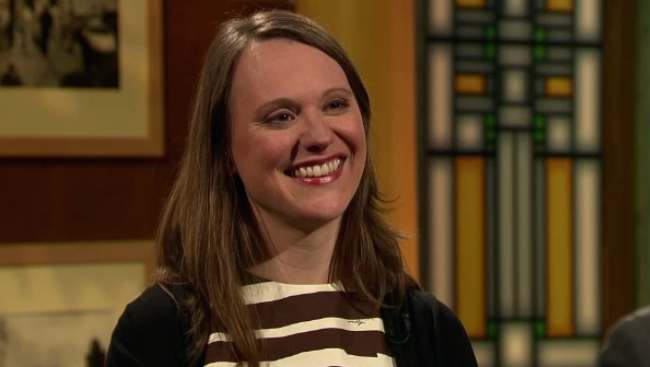 Cassie Walker Burke, the No. 2 editor at Chicago magazine, has quit to join Crain’s Chicago Business as an assistant managing editor.

Burke, whose title was executive editor, is the third Chicago magazine veteran to jump to Crain’s and the latest in a list of editorial staffers to leave the Tribune Co.-owned monthly since Elizabeth Fenner became editor in chief in September 2011.

"I had a great run at Chicago mag, one that gave me the opportunity to work with the city's top magazine editors and writers,” Burke told me. “But 12 years is a long time to stay in one place in the media business, and I couldn't pass up the chance to round out my experience in a faster-paced newsroom. Crain's is a smart brand; it's going to be an adventure."

Michael Arndt, editor of Crain’s, confirmed that Burke will start March 31 as assistant managing editor in charge of the publication’s Focus section. She succeeds Ann Dwyer, who was promoted to deputy managing editor, a newly created position under managing editor Steve Reiss.

Burke, a former reporter at the LaGrange Daily News in LaGrange, Georgia, joined the staff of Chicago in 2002 after receiving a master’s degree from Northwestern University’s Medill School of Journalism. In 2012, she was promoted to executive editor in a reorganization under Fenner.

In a memo to staff Friday, Fenner lauded Burke: “You all know how sad a day this is. Cassie has worked at Chicago magazine for virtually her entire career, winning a slew of awards along the way. She has become almost part of the DNA of the place. We will miss her greatly.” While the search is under way for a new editor, Fenner said, executive digital editor Jennifer Tanaka will serve as acting executive editor “for the whole Chicago brand.”

In other news at Crain’s, Alexandra Trumbull has been hired for the new position of social media coordinator. The DePaul University graduate most recently was community news manager for the Pioneer Press websites of the Evanston Review, Glenview Announcements and Northbrook Star.