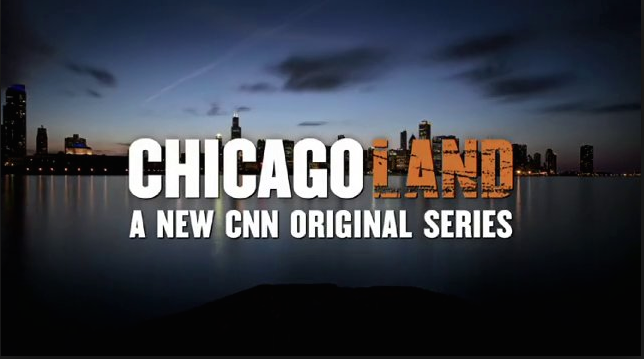 By and large over the last 30 years, Chicago was defined on the world stage by three personalities — Oprah Winfrey, Michael Jordan and Richard M. Daley. Since they all bowed out, the image of the city has been a lot less clear to those on the outside.

With the debut tonight of “Chicagoland,” CNN’s extraordinary eight-part documentary series, a new Chicago emerges — a vibrant, vital and often violent 21st century metropolis — along with a new set of iconic figures (all of whom seem to be connected in one way or another to Mayor Rahm Emanuel). Remember the name Elizabeth Dozier in particular.

Those who’ve dismissed the series sight unseen as a reality-show paean to Chicago or simply a love letter to Emanuel don’t know what they’re talking about. I’ve watched the first four episodes, and this is no chamber of commerce travelogue by any means. Besides, I know Mark Konkol, the Pulitzer Prize-winning newsman who narrates the series with gritty authority, and believe me, he's nobody’s patsy.

As the Chicago Tribune’s Rick Kogan wrote in the first of his weekly reviews of each episode: “The show is not at all afraid to take us to parts of town most of us never visit.”

Seeing the city and some of its more troubled schools and neighborhoods depicted in such a fresh, insightful way made me more disappointed and disillusioned than ever in what generally passes for news, particularly on local television. That’s largely what inspired executive producer Robert Redford to take on the “Chicagoland” project.

"Entertainment has overtaken real journalism," Redford was quoted in a piece by TV Guide’s Stephen Battaglio. "What we end up with now is sound-bite information, distorted information passing as the truth, too many voices out there interrupting each other, barking like dogs. There's so much noise out there, and it's so sound-bit, you don't hear anything. So you wonder, where are you going to get the truth?"

Tonight is a very good start.