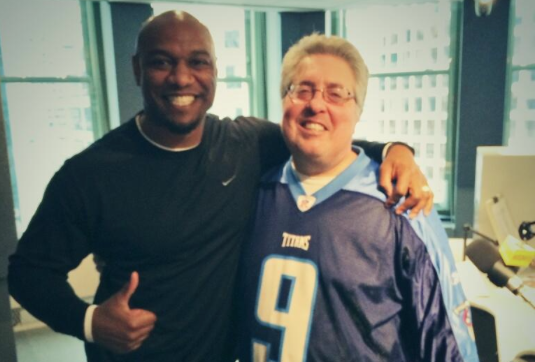 Starting Wednesday, he’ll join Harry Teinowitz and Spike Manton from 3 to 7 p.m. Monday through Friday on The Game 87.7 FM.

"I think Jarrett is way more than sports royalty in this town," said Todd Manley, vice president of creative content at The Game. "He’s the sort of creative, inventive mind that will help us define the future of this brand."

Payton, 33, grew up in the northwest suburbs and played for the University of Miami, where he was named MVP of the 2004 Orange Bowl. His pro football career included a season with the NFL Tennessee Titans and stints with NFL Europe, the Canadian Football League and the Indoor Football League. Since retiring from the Chicago Slaughter in 2010, he has headed the Jarrett Payton Foundation and marketed a craft beer, Jarrett Payton All-American Wheat Ale, brewed by Argus Brewery.

Payton’s sister, Brittney, also is pursuing a media career as host of the weekly "Chicago's Best" on Tribune Broadcasting WGN-Channel 9, and as a contributor to the NFL network.

The Game debuted Feb. 17 as the FM counterpart of Tribune’s news/talk WGN AM 720, under a local marketing agreement with Venture Technologies Group, which owns the low-power station’s license.